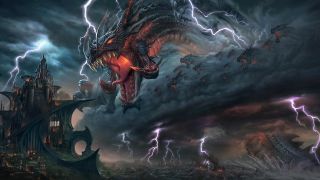 Looking at the landmark restaurant in the food alley, Jae-Sik said, “If someone, who has a lot of money to buy that restaurant, opens a McDonald or KFC there, I think that it will do great.”

“Hmm, yeah, I agree with you. But, KFC is run directly by the company’s headquarters, isn’t it? Does it franchise their stores?”

“It seems possible. I read it from Wangbao (evening newspaper) a few days ago. There was an advertisement recruiting franchisees for KFC. They limited the qualification to be a KFC franchisee to the people who have a good reputation in the local community with enough wealth.”

“The young Chinese people have their longing for the western society including food. There is a Kendeji (KFC) in Guiyang City. When I visited the city last time, the KFC was packed with young people.”

“You know that I once opened a restaurant in Noryangjin and failed, right? I learned my lesson after I closed that restaurant. If you want to open a restaurant, you need to either open it in a large-scale like a corporation form, or with your family. A restaurant business requires a large amount of labor, so you need family members’ support and help to succeed.”

“You are right. In China, there are less number of restaurants than Korea considering their size of population…”

“A restaurant business is really hard to succeed in Korea because there are just too many restaurants in Korea.”

Gun-Ho stared at the huge restaurant across the street, his arms folded over his chest.

‘That very location is meant to be a KFC. This area has high traffic. I’m sure a KFC in that location will succeed. Even if this is China, I will need at least 500 million won to open a KFC there, won’t I?

Maybe I should ask Jae-Sik’s wife to run the restaurant, and I just put my money there. She is a very active lady. She already obtained her driver’s license, and she is acclaiming herself to Chinese culture very well and very quickly. She will be good. I have cash in my bank account here with Industrial and Commercial Bank of China, the one that I previously received when I withdrew from the Jinxi Industrial Park business. It’s in Yuan, and I don’t even get interest income from them, so the money is sitting there without doing much for me.

I have about 1.2 billion Korean won left there after I paid 500 million won for the recent purchase of the five condos. I can take out another 500 million won and open a KFC.

I can ask Suk-Ho Lee to run the restaurant for me since he has abundant experience of the restaurant business; however, he is not reliable. Once he starts making good money, I’m sure he will focus on spending it. I think Jae-Sik’s wife will do much better than him. I could feel a strong will to succeed from her. She definitely has a killer instinct, more than Jae-Sik Moon has, which will drive her to succeed.’

Gun-Ho said to Jae-Sik Moon, “President Moon, let’s do this.”

“Find out the rent price of that 200 pyung large restaurant and the one on the second floor which is 100 pyung large.”

“Divide that 200 pyung large restaurant into two. We will open a KFC on one side and a deep-fried chicken restaurant on the other. And, we will also open a pizza restaurant at the 100 pyung large place on the second floor.”

“What made you decide to invest in the restaurant business?”

“I’m an investor. If there is an opportunity to make money, I will be there.”

“The current interior of those restaurants look depressing. We will redo the interior. Once we redecorate those restaurants, they will even brighten this whole area. But, if they ask for an unreasonably high rental price, or if so many stupid rules apply in order to get a franchise, I will possibly don’t go for it.”

“Let me find out what they want first. Oh, maybe I should ask Soon-Young’s mom to find out.”

Gun-Ho walked around the area within a 2 km radius of the restaurants.

“I don’t see any subway stations, but they seem to have good bus lines passing the area. I think we have a high chance to succeed here. We should be careful with the landlords who would raise the rent unreasonably later.”

“Understood. I will do the research and let you know.”

“Well, I’d better now get back to the hotel. I need to take a rest.”

Gun-Ho came back to Korea. He made a call to Young-Eun at Incheon International Airport.

“It’s me. I just arrived at Incheon International Airport. I will be home within two hours.”

“Did you meet Chan-Ho Eum?”

“You haven’t had your dinner yet, have you?”

Gun-Ho arrived at his home at the TowerPalace condo community.

“Sang-Min, your daddy is home,” Gun-Ho called his son’s name as he entered the condo.

Instead of his baby, Young-Eun quickly came out of the kitchen when she heard Gun-Ho’s voice. She was wearing an apron.

“How was your trip?”

Once he made sure that no one was home but Gun-Ho and Young-Eun, she hugged Young-Eun and kissed her.

“Is the baby in the master bedroom?”

Gun-Ho walked into the bedroom and looked at the sleeping baby. The baby seemed to have gained some weight already, and he looked like he had more hair than a few days ago. The baby looked so peaceful, and Gun-Ho couldn’t help but give him a kiss on the cheek. The baby then started crying so hard.

Young-Eun came into the room rapidly and held the baby.

The baby stopped crying once he heard his mother’s voice.

Gun-Ho went to work in GH Building, Sinsa Town. He received a call from his sister.

“I made the sales and purchase contract for the building.”

“I took out a loan of 100 million won from the bank. I think I need to have some cash in the reserve for the business.”

“We are not paying a high monthly payment for the loan at all.”

“Of course. The rent must have been higher than the interest payment to the bank.”

“The financial statements must show the money that I sent to China for Antang City’s terminal project.”

“That’s right. They actually asked me about it, and I told them that we are investing in a joint venture in China. They said that the company’s major shareholder must be a very wealthy person.”

“After purchasing the building, I invited several friends over to the company. You remember a friend of mine— Seung-Hee, right? She came as well.”

“Yeah, we had a small party at the property that we leased from Onbid to park our trucks. I installed a beach umbrella, and we cooked pork belly. They all envied me for having the business.”

“My husband did some research on Onbid. He said, it’s very possible that they will sell the land to the buyer of their choice.”

“Do you think that they will give the priority to the current tenant in searching for a buyer?”

“You have to know that even if they sell the land to GH Logistics, I’m not going to put more money there. You will have to come up with the money to buy it. You can take out an additional loan or something.”

“Okay. My husband is actually trying to find out a way to get the necessary money to buy it anyway.”

“He gained some weight already.”

“Haha. He is so cute and adorable. Once he passes his 100th day, he will become even cuter. You will see.”