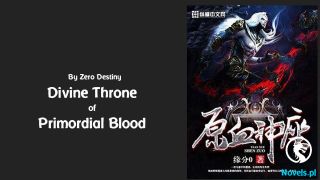 After talking to each other, Haru decided to go back.

Haru returned to his house, and as expected, Himeragi quickly appeared.

“Senpai, you’re back before… why did you go so suddenly?”

When Haru left the artificial island No. 13 and returned home, Himeragi had already gone home, but Sayaka was nowhere to be seen. But it was normal since Sayaka might continue to monitor Vatler.

Still, looking at Himeragi, Haru knew that this girl was very sticky, and the reason why she asked him this question was that she was worried.

‘I feel like I’m petting a dog.’ Haru thought.

Haru’s disappearance caused her to feel worried. If it wasn’t because of his words and Natsuki, she might have gone to look for him.

“I’m just going out to do something. You don’t need to worry too much, Himeragi.” Patting Himeragi’s head, Haru wasn’t going to tell the details to Himeragi since he knew this girl wasn’t the type of person who could keep a secret, and her relationship with the Lion King Organization was complicated. He knew that Himeragi was worried about him, but it was impossible to tell her everything.

Himeragi was relieved to see Haru was alright and closed her eyes in bliss when she was patted.

As an observer, Himeragi was completely unqualified. When Haru disappeared so suddenly without reason, she should ask where he was going, right? Now she only cared about his safety, which made him really think that the Lion King Organization didn’t send him an observer. Rather they sent him a wife.

Haru knew that it was normal since Himeragi was really innocent, and it was also a good choice to marry her as a wife. It was a pity that she was still too young. She was in her third grade of middle school, even though he also got Megumi’s first time during her third grade of middle school. Well, this and that was different, right? Well, he could think about this matter later since he wasn’t in a hurry anyway.

Astarte strode toward Haru and hugged him.

Haru only patted Astarte’s head and wasn’t surprised by her reaction.

Himeragi didn’t think too much of Astarte and thought about her blunder. “By the way, Senpai, you asked me to protect Aiba-senpai…”

Haru was unharmed and healthy, Himeragi felt relief, but shortly after, she thought about his previous instruction, asking her to protect Asagi, ensuring that Asagi wasn’t harmed, waiting for his call.

But whoever thought that when Himeragi protected Asagi, she would be pulled by Natsuki, which was why she felt a bit embarrassed since she failed to make Haru’s request.

Himeragi wanted to apologize to Haru, but he didn’t really mind since he had also expected this problem. The real reason why he decided to send Himeragi away was so he could talk with Sayaka since he had made Sayaka a target, but there was no way he could say all of that, right?

“It’s alright, you don’t need to worry, but I need to visit her now.”

After speaking, Haru turned and walked out of the door since he needed to go to Asagi to explain everything, and he knew that Asagi was waiting for his explanation.

“Senpai, what are you going to do?” Watching Haru, who was about to go out, Himeragi quickly stepped forward and stopped him. Her expression also became solemn since her instinct as a woman told her that this guy was about to do something bad!

“I”m going to find Asagi.” Haru didn’t think too much, and as expected, Himeragi’s face quickly became a bit gloomy. She knew that Asagi might be dating Haru, and he had a lot of lovers, but even if she knew, she felt quite uncomfortable when he decided to leave right away without spending his time with her.

Haru looked at Himeragi for a moment, but he knew that he couldn’t bring Himeragi since there were a lot of things that he was going to do with Asagi. “Sorry, I’m helping her to move.”

“Move?” Himeragi was surprised and asked, “Is Aiba-senpai going to move here?”

“……” Himeragi lowered her head for a moment and said, “Then I can help you.”

“I’m sorry, but you can’t follow me, Himeragi,” Haru said without hesitation.

“Why? Why doesn’t Senpai want me to follow you? I’m Senpai’s observer!” Himeragi’s eyes were red as if a girl had been dumped by his boyfriend because of another girl.

“Sorry, Himeragi, but this is a private matter, and you should…” Haruhadn’t finished his words, but the meaning was very clear, that he didn’t want her to follow him.

As for the matter of Nalakuvera, Haru might also explain to Asagi, but he wouldn’t tell the details since it was very troublesome.

With a gloomy expression, Himeragi turned and returned to her room. When the door was closed, she used quite a strong force and caused a loud banging sound. She then jumped to her bed, hugging the doll that had been caught by Haru before, while wondering why Haru hadn’t done anything to her, which made her very depressed. However, she stood up and walked close to the door, leaned her ear to the door, wondering whether Haru would coax her or not.

Haru could only shake his head, but in this situation, he felt that Himeragi was a bit troublesome. As for coaxing, even though he didn’t mind coaxing her, he shouldn’t be gentle at this moment since she might keep troubling him in the future. If she was clumsy or had bad luck, then he didn’t think too much, but she was stupid and ignorant, which made him a bit annoyed. He knew that he needed to educate her more so in the future, the same thing wouldn’t happen again, so right now, he decided to ignore her for a moment, even though he knew that this girl was leaning on the door, waiting for him to come.

Shaking his head, Haru patted Astarte’s head and told her that he wouldn’t go back until tomorrow. He also told her to accompany Himeragi since he was afraid that the girl might do something stupid.

Looking at how obedient and smart Astarte was, Haru was wondering how there was such a huge difference between the two. He then said goodbye and left by teleporting to Asagi’s room.

Himeragi was waiting for him, but she couldn’t hear his voice again. A deep sense of loss crawled into her heart. Slowly sitting on the ground, leaning against the door, there was a complex mood on her heart which made her wonder why she felt this.

When Haru suddenly appeared in her room, Asagi quickly hugged him, checking whether he was alright, then asked, “Haru, what happened?” Today, there were a lot of things that she wanted to ask him. She felt inexplicable when the middle school student who was in the scandal to have a relationship with him would protect her for no reason. That middle school student also said that it was his order and made her look at what was happening with the laptop that was given to him, which made her worried about what had happened to him.

Asagi sighed in relief when she saw him alright, but then she quickly asked what was happening since she knew that something had happened on the artificial island No. 13. However, she didn’t know the details since the cameras in that area were destroyed and she couldn’t see anything there. The only thing she knew was that a commotion happened, and as for that commotion, she didn’t know, and she couldn’t get the information, so she could only give up.

Still, Asagi had to admit the laptop that was given by Haru was amazing, and wondering where this guy had gotten it while complaining if he had such a good laptop why he didn’t give it to her before?

Looking at Asagi, who was talking non-stop, Haru shut her mouth by kissing her lips directly.

Asagi was stunned but then enjoyed the kiss, hugging him tightly without letting him go.

When they parted, Haru said, “Well, calm down, let me tell you slowly,” He let Asagi sit on his lap, listening to his story.

Listening to his story, there was an indescribable emotion in her heart and wondering why there were a lot of dangerous things happening on this island. She looked at him again and asked, “So you’re alright.”

“I’m alright.” Haru nodded and said, “Still, I might be hurt in this place. Can you help me heal it?” He guided Asagi’s smooth hand to his nether region.

Asagi blushed and nodded shyly. “Alright, let me help you. By the way, I have told my parents that I will move to my husband-to-be house, so you need to be prepared, alright?” Her hand stroked his thing gently while looking at him with a smile.