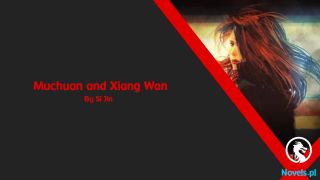 Professor Xu closed his eyes. He did not want to see Xu Yuan’s face.

He felt the same as Mother Xu. He did not want to admit that his daughter became what she was today because of their parenting.

“Xu Yuan, please let go of your father. If you don’t, I’ll call the police.”

Mother Xu had made up her mind. She took out her cellphone, acting as if she was about to call the police. Xu Yuan grinned, “Are you calling the police? Why don’t you just do it? Let me tell you something. They have caught me many times already. I could always get out of trouble. Do you think I am afraid of them?” “Xu Yuan, how did you become like this? You never acted this way before!”

Mother Xu cried her eyes out. How did her daughter become like this? She walked towards Xu Yuan. With bitter tears, she said, “Xu Yuan, your father is already in terrible condition. Please don’t force him anymore.”

The results of the experiment were supposed to be a secret.

Even though they were a couple, Mother Xu had no idea where Professor Xu stored the results.

“You are a foolish woman. Only you would believe that this man has become mute and cannot move his hands.”

After saying that, Xu Yuan lifted the cover and stabbed the fruit knife in her hand into Professor Xu’s thigh.

Professor Xu cried out in agony.

Xu Yuan sneered. “My dear father, Professor Xu, I will not torture you any longer if you give it to me right now. How does that sound?”

Professor Xu’s forehead was covered with sweat. His eyes were filled with disappointment.

“Xu, tell her. Where are you hiding the documents? Why don’t you tell her?”

“I will not give it to her. My dear, I have been honest and faithful with a clear conscience all my life.”

When Xu Yuan heard what Professor Xu said, she dashed in front of her mother and said, “You dead old bat, can’t you see this man is full of lies? Nothing coming out of his mouth is true. Let’s see if you truly want to live!”

After she finished talking, she vigorously inserted the knife into Professor Xu’s body with widened eyes. Professor Xu shut his eyes. He did not want to see his daughter’s ugly and fierce-looking face.

If it was possible, he hoped that his daughter would always be as innocent, lovely, beautiful, pure, happy, and carefree as he remembered. “Xu Yuan!”

Xu Yuan swung the knife over and cut her mother’s face and screamed with a vicious expression, “Get out of my way! “It seems like Professor Xu does not want to tell me where he is hiding the documents. I am very disappointed.”

Xu Yuan stuck her tongue out and licked the blood on the tip of the fruit knife.

The fresh blood tasted terrible, but it was strange how she liked the feeling of stabbing someone with a knife.

Every time she used the knife to cut, she felt an inexplicable sense of pleasure.

She underestimated how cruel Xu Yuan could

Xu Yuan lowered her head and looked at Professor Xu, who was dying.

“I did not intend to kill you originally, but your wife said that I murdered you. Tell me, if I don’t kill you now, wouldn’t I be disappointing her?”

After Xu Yuan finished talking, she stuck the knife into Professor Xu’s throat.

Mother Xu screamed, “No! Xu Yuan! He is your father!”

Xu Yuan chuckled. “I know, and I’ll make sure you join him very soon. Otherwise, he will be too lonely on the road to hell…I am a child with filial piety.”