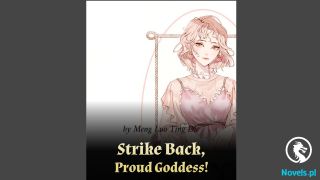 Chapter 763 - Start of the Sacrificial Array

However, no matter how Lin Xuanzhi explained it, Spirit Sect’s past was still developing according to the original track. Lingyu looked at the Cangdi Fenglang who gradually replaced him as the most important person around Chang Sheng.

Looking at Chang Sheng, who was getting farther and farther away from him, the sadness in his heart increased day by day, and his disgust and rejection of Cangdi Fenglang became more and more intense.

But somehow, Cangdi Fenglang always showed up in front of Lingyu when he had nothing to do, increasing his sense of existence, which made Lingyu even more tired of him.

But Cangdi Fenglang seemed like he neither saw nor understood the cynicism and vitriol Lingyu sent towards him. He still eagerly stayed at Lingyu’s side, smiled at him every day, and didn’t complain about being bullied. Instead, he would hurriedly put in a good word for Lingyu when Chang Sheng wanted to punish Lingyu.

“So I especially hated this little rabbit.” With a cold snort, Yan Tianhen said, “He is well received by Shixiong every day, and he just wants to show off in front of me for fear that I don’t know that he is favored now. By the way, this boy is also really good at pretending to be pitiful. If Laozi didn’t see through him already, Laozi might’ve been fooled by his acting, hmph!”

Lin Xuanzhi also looked at the hopping Cangdi Fenglang, and thought that he was like a foolish son of the landlord’s family. He didn’t understand sh*t. He couldn’t even see Lingyu’s intense hatred for him. Cangdi Fenglang thought that Lingyu’s sarcastic remarks were actually praising him.

Lin Xuanzhi couldn’t help but hold his forehead, saying, “Ah Hen, haven’t you noticed that he and your comprehension abilities aren’t on the same level? He didn’t understand most of what you said.”

Cangdi Fenglang really didn’t understand. Thus, his favorite person was Lingyu, and he went to Lingyu to report almost every day. In the first few years, Lingyu really hated seeing Cangdi Fenglang, but later, there were some changes.

Once, someone teased Cangdi Fenglang that he was a half-devil who had neither a father nor a mother’s love. Even when he came to Spirit Sect, Dao Zu always avoided him — maybe the only reason Dao Zu accepted him as a disciple was to fill up a quota.

When Cangdi Fenglang heard it, he just laughed it off and didn’t take it to heart. However, after Lingyu found out about it, he suddenly became angry and flew into a rage. He rushed over and beat up the people who gossiped behind Cangdi Fenglang’s back and drove them out of Spirit Sect.

“Your relationship with Little Lang is not so bad,” Lin Xuanzhi said.

“Who said that? Our relationship is very bad.” Yan Tianhen stuck out his neck and refused to admit it, “Cangdi Fenglang is my own Shidi, so I can bully him. That’s just right and proper. But how can others bully him? That’s absolutely forbidden.”

Anyways, his Shidi could only be disliked and bullied by him. No one else could do it. Moreover, anyone else who saw Cangdi Fenglang must be respectful to Cangdi Fenglang and like him. Otherwise, Lingyu would be angry.

Cangdi Fenglang was very sticky and pestered Lingyu everyday. He looked up with a silly white and sweet face every day, like a dog’s tail following behind Lingyu. He also frequently showed himself in front of Lingyu and automatically filtered out all of Lingyu’s unhappiness towards him.

At that time, Chang Sheng was in closed-door cultivation everyday, and Lingyu couldn’t find anyone else, so he had to reluctantly let Cangdi Fenglang join his three-person group with Lian Hua and Xi He to roam the mountains together all day long. This four-person group looked for ancient monsters all over the world, which was very joyful.

This period of time passed quickly and richly, so that although Lingyu didn’t get an answer from Chang Sheng, he also felt that he could accept it. However, happy days were always limited.

When the Pillar of Heaven collapsed, Lingyu was taking Cangdi Fenglang to a small village to exorcise demons and catch ghosts for them and purify the village. He saw the sky in the southeast suddenly burst with a big black hole. Black water poured down from the big hole and ferocious faces emerged from it.

It was so loud that the entire Nine Lands could hear it.

Cangdi Fenglang looked frightened. Although he wasn’t young, he was still short and had a child’s mind. When he was in Spirit Sect, his senior martial brothers were happy to spoil him, so he naturally continued to be a child.

When something like this happened, Cangdi Fenglang turned around and wanted to run away.

He was caught by Lingyu and held in his arms.

Lingyu comforted the child, pressed Cangdi Fenglang’s head to his chest, and stared at the leaning Pillar of Heaven.

Yan Tianhen and Lin Xuanzhi sat silently on a snow lotus flower and looked at the ravaged earth. Their hearts were unspeakably heavy.

It was unknown when their perspective changed at some point.

From the very beginning, they could only follow Dao Zu, and then follow Dao Zu’s split soul. After that, they could literally fall on these silver lotuses raised by Dao Zu, and see the whole Nine Lands from the dew. It was like a scroll of mountains and rivers unfolding in front of them like a play. They could see whatever they wanted to see.

The collapse of the Pillar of Heaven in the Nine Lands came suddenly. It was unknown how many people died. Dao Zu was originally still in secluded cultivation. When he learned about this, he rushed out immediately and didn’t even have time to worry about the backlash.

Dao Zu’s expression darkened. “What exactly do you want?”

Dao Zu shook his head. “Don’t go too far, or I’ll perish together with you, and we can die together.”

The Pillar of Heaven’s spine became a little straighter.

Dao Zu said, “I’ll give you three days to consider.”

After that, he turned and left without giving the Pillar of Heaven any room to discuss.

After Dao Zu left, it didn’t take long for Lian Hua and Cang Rong to get to this place where no one dared to approach. As soon as Lian Hua arrived, the Pillar of Heaven excitedly began to clamor for his existence and even stretched out thousands of tentacles to rush towards Lian Hua.

“What’s wrong with it?” Lian Hua frowned and said, “We have to find a way to fill this hole. This won’t do.”

Cang Rong blocked Lian Hua behind him and looked at the Pillar with a straight face. “Let’s go back and discuss with Dao Zu first.”

Dao Zu was the backbone of everyone.

He knew everything and could do anything.

After the three left, an unexpected person appeared.

Sheng Ren stood in front of the Pillar of Heaven and said, “It seems that you have chosen the person you want this time.”

The Pillar of Heaven stood still.

Sheng Ren said lightly, “If you dare to harbor any designs on Qingchen again, then I will perish together with you.”

The Pillar of Heaven was threatened, and it suddenly shook its body, growling to vent its dissatisfaction.

Sheng Ren sneered, “You seem to also like Lian Hua very much.”

The shaking of the Pillar of Heaven slowed down.

“In three months, I will sacrifice him to Heaven — you can keep him.”.

After Sheng Ren said that, he returned to Spirit Sect.

Dao Zu frowned. Dao Zu had planned to summon all cultivators in the Nine Lands to go with him to repair the Pillar of Heaven near Youshan in the Southeast Land. They had to repair the pillar, no matter how much spirit sparrow it would cost.

After hearing this, Sheng Ren said, “It won’t work.”

Dao Zu sighed, “But my cultivation is nowhere near as good as before. The other eight Pillars of Heaven have consumed too much of my cultivation. Only this one is left, but I can’t do it anymore.”

Sheng Ren smiled gently, raised his hand over Dao Zu’s eyes, and pinched a pink petal that had fallen on the corner of his mouth.

“You are too tired, Gege.” Sheng Ren said, “What you need is a good rest. I know that even if all the people in the world came together, they wouldn’t even be half as powerful as you, but you can’t just put all the difficult burdens in the world on your shoulders.”

Dao Zu said, “This is the last one. If I repair this Pillar of Heaven, the Nine Lands will have a peaceful life for thousands of years. I don’t want to waste my efforts so far.”

Sheng Ren said, “I won’t let your heart and blood go to waste. Please let me handle it.”

He handed a glass of water to Dao Zu in passing.

Dao Zu was upset and thirsty, so he drank it without thinking. Dao Zu asked, “What’s your plan?”

Sheng Ren just smiled at him and said, “You just need to sleep, and when you wake up, everything will have changed.”

Dao Zu’s body shook. His mind was dizzy, and before he could speak, he fell unconscious.

Sheng Ren said, “The Pillar of Heaven loves Lian Hua very much, because his soul and body are the purest and cleanest sacrifice. The things that you don’t want to do, I will do for you.”

Lin Xuanzhi’s eyes darkened. “Well, there is nothing wrong with saying that. Although Sheng Ren is the driving force behind it, if it weren’t for those selfish people who were afraid of death and were afraid that their available spiritual Qi would become barren after sealing the Pillar of Heaven, then how could they have been so easily incited?”

After all, it was still human nature.