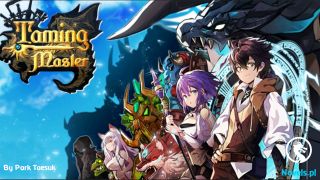 “Stop!” A lazy voice sounded and came from the other side before Su Jing could do anything.

His hands were in his jacket pockets and there was a slightly serious look in his eyes.

Could it be that he knew Su Xiao Xiao?

What was wrong with handsome guys now? Did they like being friends with commoners?”

This very strange action became natural when he did it.

“Does young master Nan know this commoner?” Mi Xue Na’s tone was a bit angry, but she couldn’t express her anger towards Nan Luo Ze. She could only suppress her anger and look at him with crossed arms.

In Su Xiao Xiao’s world, she was definitely very dirty now. How could the dirty her let this clean young man touch her?

The young man’s eyes filled with surprise, but he gently took her hand again.

She was still trembling, but she didn’t reject him this time and just buried her even lower.

“Since you don’t know her, what is young master Nan doing?” Mi Xue Na stuck her head up high and looked down on Su Xiao Xiao.

“You don’t need to help me……” Su Xiao Xiao lowered her head as she softly said these words.

Nan Luo Ze had to prick his ears and seriously listen to hear this.

This girl, she was considered cute. He wasn’t someone who liked being nosy, but his 200 EQ was different from other people’s.

As Li Si Nai’s bosom friend, he had heard all kinds of rumours when Luo Qing Chen transferred in.

He thought that Li Si Nai would decisively make Luo Qing Chen disappear, but he didn’t do this and it was like he had changed. When he was ‘happily’ talking to Luo Qing Chen, his lips couldn’t help curling.

Although he hadn’t seen it many times……for Li Si Nai, this was a very rare appearance.

He heard that this Su Xiao Xiao was Luo Qing Chen’s good friend and Mi Xue Na causing trouble for her should be because of Luo Qing Chen.

Him coming out to help her could be considered helping his brother who hadn’t appeared yet.

“I’m just saying, I didn’t know her before.” Nan Luo Ze carefully put his hand on Su Xiao Xiao’s shoulder and brought her into his embrace, “But from now on, she’s my girlfriend.”

“What?” Mi Xue Na looked at Nan Luo Ze in disbelief and Yan Shui Qing on the side had her face turn red in rage.

Everyone at the school knew that Yan Shui Qing had had a crush on Nan Luo Ze for many years, all the way from junior high school to high school.

But Nan Luo Ze treated her like any other girl. In less than three days, he had cruelly said goodbye to her before she could even hold his hand.

She would never forget the gentle tone he had when he said goodbye. Her heart was filled with discomfort, but she had to accept it.

Nan Luo Ze had already become a hurdle that Yan Shui Qing couldn’t get past and she had a deep grudge towards every girlfriend he had after.

But when she saw their sad appearances with a smile, whenever she saw those shameless girls being thrown away just like her, she felt incredibly happy.

But it was different today. Nan Luo Ze always took girlfriends from the girls who confessed to him.

There was no girl who had become his girlfriend without confessing to him first.