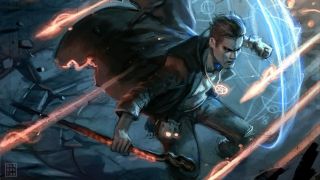 She didn’t like being hesitant, why rent when you could buy? Renting in her eyes was just giving people money.

There was no need!

The dressed up girl gave a snort and reluctantly turned as she left.

The girl beside her clearly didn’t react in time before she looked her up and down, “This miss, do you really want to buy this house!”

“With money you can be willful!”

“Actually it’s a waste of money for you to live in such a large house alone. How about I help you find a smaller high end apartment with gorgeous decorations!” This house was actually being sold, but no one had asked about the price since it was too expensive.

Although if she closed the order today, she would definitely be first for the month.

She felt it was wrong to cheat a little girl.

“Then be honest with me, isn’t this house really good!”

“It is indeed very good and it’s all brand new! The owners are a young couple that wanted to live in the country, but they never expected that the male side’s father would get a green card and they would all move to America! They never even lived here after renovating it!” The realtor lady seriously explained everything!

“Ding ling.” There was a ring from her cell, it was from Su Jing from their class.

Because Su Jing was the class monitor, she had saved his phone number on the first day for emergencies.

“Is this classmate Qing Chen?”

“Something has happened to Su Xiao Xiao.”

When she heard these words, her heart skipped a beat.

She didn’t even need to think about it, she knew that this was related to Mi Xue Na.

In a dirty alley, Su Xiao Xiao was pushed up against the garbage bin and her white sweater was stained with spots of a drink.

Yan Qing Shui came over with a bowl of hot instant noodles and said to her, “You dirty commoner, you dare to make me help you up last time, how can you be this shameless! Why don’t you look at your identity, you aren’t even qualified to hold my shoes.”

Su Xiao Xiao curled up in the corner and had her hands over head as she lowered her head.

Surrounding her were several second year Class A students led by Mi Xue Na, most people were too scared to help seeing this.

After all, although Mi Xue Na was a small person in Li Si Nai’s eyes, her status among the others was still quite high.

“I’m not making it hard for you.” Mi Xue Na had her head up high and her dyed golden hair curled a bit. She looked at her and said, “If you help me secretly put some things in Luo Qing Chen’s bag, I’ll let you go today.”

As soon as her voice fell, Su Xiao Xiao looked at the rolling bag and saw it was filled with terrifying mice.

The claws of the mice had even broken the bag and they wanted to get out.

She lowered her head even more and desperately shook it.

“Yo, big sister Na Na, look, she’s still not willing!” Yan Qing Shui poured the bowl of noodles over her head and everyone broke out in laughter, but Su Xiao Xiao didn’t make a single sound.

She just bit her lip and hugged herself as her tears fell down drop by drop.

Su Jing stood not far away, tightly clenching his fists as his heart kept beating fast.

He had already been here for a long time. Since Su Xiao Xiao had been blocked in, he had been standing here, but he never had the courage to go forward.

But now it seemed like he couldn’t take it anymore.