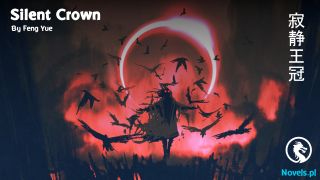 “Shouldn’t it be considered having foresight to enter Hollywood?” Gong Yu Bai took a sip of the wine and leaned against the window, narrowing his eyes to look at her.

His eyes were deep and there was an inexplicable emotion in those beautiful eyes.

“Although that is true, compared to the male lead of the other two projects, I like the male lead of this drama more.” Luo Qing Chen pointed at the handsome youth on the tablet, “Ye Shi Liang! This year’s most popular newcomer. It seems that director Li Yuan really has some good eyes.”

“Most popular?” Gong Yu Bai looked at her with an inquisitive look.

Luo Qing Chen seemed to have caught his message and quickly said, “I’ll circle the key point there! Newcomer, newcomer!”

Why was this person not only black bellied, but also a bit jealous!

Gong Yu Bai looked at Ye Shi Liang on the tablet and knitted his brows. This youth had become popular because he acted in a youth drama and Li Yuan liked his acting in his previous role very much. When he was about to make this youth drama, he immediately thought of him.

“You have to think this through.” Gong Yu Bai looked at her with a slightly dark look, “This is a youth drama, there will be kissing scenes and even bed scenes in the later stages. Are you sure that you’re fine with this?”

“No problem!” Luo Qing Chen looked up at him with a very calm look, “Relax, I’m a professional actress, I won’t lose face for you.”

“Lose……” Gong Yu Bai knitted his brows and was a bit hesitant to speak.

Why did he feel a bit reluctant? Why didn’t he want her to choose this youth drama?

Even if he knew that there was a large gap between this youth film and other youth films. One was the director and the other was the author of the book.

He didn’t like many things, but this novel was one of them.

“If you’re sure there is no problem, I will have my assistant arrange a meeting with the director when I go back tomorrow.” Gong Yu Bai put his hands in his pocket and calmly looked at her, “The male lead has already been confirmed, so do you want a meeting with your ‘favourite male lead’?”

Without knowing why, Luo Qing Chen felt that there was a mocking tone in Gong Yu Bai’s voice.

This feeling was very profound!

“No need, Ye Shi Liang and I can be considered acquaintances.” Luo Qing Chen folded her arms at her chest and looked at Gong Yu Bai with a faint smile, “As long as god Yu helps me get the female lead role, it’s fine. As for what kissing scenes or bed scenes, you don’t need to worry, I’m very dedicated!”

There was a ‘ding’ sound as the wine glass was put on the table.

It wasn’t hard or soft, but one could feel the faint anxiety in the other side’s heart.

“Un.” A few seconds later, he calmly replied, “You can go and ask the butler to arrange a room for you. You can go back with me tomorrow.”

After suppressing it for long, it was easy for him to get depressed……

“You’re going back tomorrow?” Luo Qing Chen pursed her lips and blinked as she said, “You’re not going to the South Pole anymore?”

“How did you know I was going to the South Pole?” There was a sparkle that lit up in those deep eyes.