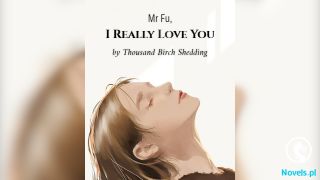 Gu Fan Fan’s rise to stardom was smooth, but once a person reaches a certain height, they would change.

That included her love for Jin Yi Xuan.

Because of a drama, she fell in love with another male lead and declared to the public that she only felt gratitude towards Jin Yi Xuan.

Yes! How could the Mary Sue cheat!?

After Jin Yi Xuan found out about his, his heart was very sad and at the same time, he felt a bit of regret.

If in the beginning……he wasn’t with Gu Fan Fan, but with Luo Qing Chen……

But everything was too late. When he remembered Luo Qing Chen, she had already already turned to bones and had been buried.

“Understood.” Luo Qing Chen muttered to herself before saying with a cold smile, “The people who gained the most in the end was Gu Fan Fan and her father.”

[Yes. This is seven months ago when the pervious host had just left the “Youth” audition.]

Why did the system say it so lightly? She felt her heart suddenly tremble.

Damn! Are you sure you’re not teasing me? The Mary Sue halo is this strong?

Shouldn’t I be going back to before the audition, wouldn’t the mission be easier then?

[What to do? This can be blamed on the system. The host can go back into the auditions……]

The things you treasure doesn’t mean this treasure treasures them as well.

Not to mention that Jin Yi Xuan was only the supporting male lead. Even if he was the male lead, she wouldn’t want this world!

[How could the host not want the male lead!]

I’m just giving an analogy, not to mention you’ve told me who is the male lead, alright?

Couldn’t her family’s male lead come and protect her?

She suddenly missed Qian Si Nai a bit. That kind of male lead that used his own ability to attack supporting female leads, wasn’t he handsome?

These three words, why did they sound so familiar!

She suddenly thought of the Golden Horse award winner. That youth that was in his early twenties who accepted the trophy with a calm expression and a simple thank you!

Countless applause rang out, but Gong Yu Bai had only made a single movie.

He was the male lead of the disaster film “Apocalypse 2150”!

He was the saviour when the zombies came, a Power User with dual awakened powers.

This movie had broken eight billion in the box office. Gong Yu Bai had gone from an unknown youth to the nation’s male god!

Everyone love him, there was no one that disliked him.

Then there was Gong Yu Bai’s coldness. Not to mention kissing scenes, other than “Apocalypse 2150” he rejected all films that had any romance in them!

His coldness was one that had politeness and elegance. There were no scandals at all, he was known as the ascetic male god.

When she got home, Luo Qing Chen seriously searched up information on Gong Yu Bai.

He seemed very mysterious and his background was blank. To be honest, just with this information and with his character, even if she never met Gong Yu Bai, her affection kept increasing.

Damn! The male lead is this handsome, was the previous host’s eyes run over?

Was this a plot link?