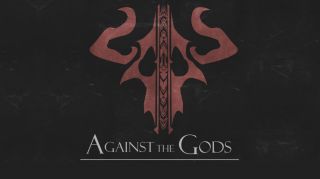 «Quick Transmigration Female Lead: Male God, Never Stopping (Web Novel) - Chapter 2458: Side story: Endless darkness, side by side with you (4)

I looked at the strong her who compromised because of me.

But even so, grandfather didn’t plan on letting Qing Mian live.

At the same time, he told us a story, a story about my parents.

I did all I could to make him give up, but he couldn’t do it.

One side was family and the other side were my lover and friends.

You might think that the balance of my heart was shaken, but it never was……

It had never wavered……

I would stand where she stood. I would die where she died.

But I would never let her die unless I died first, otherwise she would live a happy life.

Standing in the center of the star chart, it was the most difficult time of my life.

I wasn’t afraid of death, but I was really unwilling to leave her. This feeling was like being submerged in the deep sea and it took my breath away.

But I had to make this choice. If I died, then she would have a peaceful life.

Why wouldn’t I do such an effective thing?

The light of the stars fell on my face and opened the passage between time and space. The faint light also fell on her white as snow face, making it so beautiful that words couldn’t describe it.

I didn’t know if we would meet again in the next life, but if it was possible in this life, I would do all I could to come back to life.

The space and time fluctuation went back to the day before the end of the world.

In this world, there was no end of the world.

The space and time path was like a path of hot magma and freezing ice. I stood in the center under the impact of the two forces, looking through space and time for a trace of her.

This kind of pain was not something that humans could imagine.

But I wasn’t thinking about the physical pain, but rather the passage of time.

It was a good thing that luck was still on my side. When I came to this world, it was only the fifth day.

I saw her getting into a taxi and her destination was……my house.

On the way, I followed her. I opened the door to my house for her and listened to her grievances.

I wanted to go hug her and tell her that I was back, but she actually said that……someone had sent her a love letter.

My face had turned dark that instant and there was a stuffed feeling that I couldn’t explain in my heart.

I decided that I would appear at our old school as a transfer student tomorrow to see if those blind people would dare give her another love letter.

Moreover, I would solemnly tell everyone that she was my wife!

That day, it was a clear sky, the blue that came after a storm.

When I stood at the door to the classroom, I called her phone and listened to that sad ringtone.

All my anger and unhappiness disappeared and at that moment, I just wanted to hug her and tell her that I was back.

No matter how difficult it was, at least I did all I could to come back to her side.

Actually, when I held her, I secretly whispered something to her. I wanted to keep it in my heart and not tell all those gossipers.

But suddenly I wanted to express it.

I still like you, like a whale submerged in the bottom of the sea, breathing softly and wildly.

[Ding, congratulations on bringing a soul fragment into the Lead God Space. 38/100]