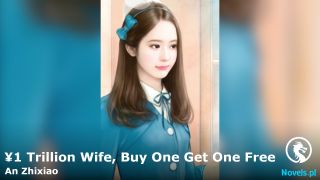 Luo Qing Chen didn’t say much. She just looked at Xiao Yue standing beside her and said, “Just stand there without moving for a while, I will definitely keep you safe.”

“But it’s no use if you know me, the emperor’s orders can’t be disobeyed.” Mo Hu slowly raised his sword, “You will die.”

“Then that will depend on if you have the skills.” Luo Qing Chen brandished the Phoenix Dance Sword in her hand as soon as her voice fell and charged at Mo Hu without another word.

But with Luo Qing Chen having her own body, not to mention around thirty imperial guards, she wouldn’t be injured at all facing three hundred of them.

It was just that while fighting, she had to protect Xiao Yue, so it wasn’t as fun.

But victory was exciting enough!

In less than a quarter of an hour, the thirty imperial guards had all fallen to the ground. Mo Hu used his sword to support himself as he spat out a large mouthful of blood.

Too terrifying! This person’s martial arts was too strong! The sword in her hand was like a divine sword and any weapon in front of her was like paper, easily cut apart.

It was no wonder that she could slice the stone tablet at the door with one slash.

Then again, with this many people attacking, even if she had guarded against every wave, people would become weaker as the fight went on, especially in this life and death situation.

But the girl in front of him had a calm look and was never out of breath. Her expression was calm, as if they didn’t pose any threat to her at all.

Actually, that was true. He could clearly see that while they didn’t hold back at all, the other side had held back.

In the end, he was very embarrassed……

“Go back and report to the emperor, tell him about the situation here. Ask if he wants reinforcements or use another method to attack.”

Although their voices were small, in this quiet cemetery, Luo Qing Chen could clearly hear them.

After that person left, Luo Qing Chen slowly raised the Phoenix Dance Sword in her hand that was covered in blood, “There’s no meaning to that, I don’t like beating around the bush the most. Come, let’s face them directly.”

As soon as her voice fell, she charged in Mo Hu’s direction.

He resisted for a few rounds, but the sword still fell onto his neck. She revealed a smile and said, “Let’s go out! There’s enough blood here already, it’s the same if we go out and fight.”

On the other side, at the entrance.

The imperial guard with an injured arm came out and kneeled in front of Feng Qian Che, “Reporting to the emperor……we were defeated.”

Ye Yan who had been kneeling on the ground suddenly opened his eyes filled with disbelief.

The aloof Feng Qian Che narrowed his ice cold eyes that had a faint sharp glow in them, “This one will go personally.”

“There’s no need for the emperor to move.” There was a cool voice that suddenly cut through the silent air.

A girl in white clothes came out with the Phoenix Dance Sword in hand while holding Mo Hu hostage.

When she saw Feng Qian Che, she took the sword off Mo Hu’s neck.

She had taken him hostage for no other reason than to keep Xiao Yue safe.

The young girl slowly looked up as she met those deep eyes once again.