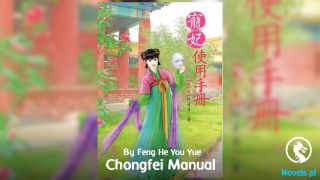 After a while, Luo Qing Chen narrowed her eyes and came back to her senses, “It is indeed a very sad story.”

Nan Yi Sheng looked into her eyes for a long time and his eyes that were as deep as the sea gradually dimmed. He had a lot of things that he wanted to ask, but he didn’t ask in the end.

Because the girl standing in front of him didn’t seem to……remember any of it.

The snow was heavy as it fell on his hair and his shoulder.

Luo Qing Chen saw that he was halfway outside the umbrella and raised her right hand to pat his shoulder, “No matter how sad the story is, it’s fine since I’m by your side now.”

If she didn’t guess wrong, the boy in the story should be Nan Yi Sheng.

After all, one would be in danger since they were born in the royal family. No matter what you ate or used, you would have to be careful.

Thinking of this, she couldn’t help feeling a bit distressed for Nan Yi Sheng who had lived on thin ice since he was young.

But his personality was this gentle. From time to time, even she couldn’t see through those deep eyes.

Nan Yi Sheng pursed his lips and looked at Luo Qing Chen with a smile. In the snow, his heart couldn’t help trembling.

It was like she was the only one who didn’t plot against him, the only person who could stand by his side.

That frozen and lonely heart trembled for the first time since that snowy place.

This sudden prompt from the system surprised Luo Qing Chen and before she came back to her senses, her right hand was being pulled by Nan Yi Sheng.

Then she firmly fell into a warm embrace.

He didn’t say anything, but the strength in his arms was that deep.

“Nan Yi Sheng……” She softly called out his name.

His voice trembled slightly as he responded, “Un.”

Luo Qing Chen had a very special feeling in his warm embrace. She felt like this was the most real Nan Yi Sheng that was hugging her now.

She would rather see his usual……gentleness!

After that day, Nan Yi Sheng treated her even better than before, almost never leaving her side.

He personally came to her room every morning to comb her hair. In the afternoon, he would bring a warm heater and sit in front of the window with her to watch the snow.

He liked making snacks for her, osmanthus cake, peach flower soup, persimmon cakes, and all other snacks.

When the sun set, he would make a cup of tea and enjoy their quiet time together.

On the day before the wedding, he took a sip of the tea before looking at Luo Qing Chen calmly, “Does Xiao Chen like this kind of life?”

Luo Qing Chen heard this and turned to look into his deep eyes with a bit of confusion, “Who doesn’t like this kind of life?”

She couldn’t understand the meaning in his bottomless eyes, but she felt that he definitely had many things he didn’t tell her.

“If the time of peace is short, do you still like this peace?”

This question sounded contradictory, but Luo Qing Chen could understand its meaning.

She lifted her cup and took a whiff of the fragrance. Then she drank it all before saying, “I am content with peace, only having what I once had. Even if this happiness is very short, I feel that every second of it was worth it.”