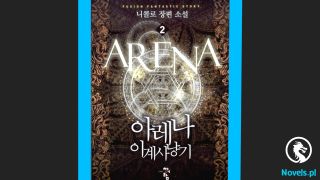 Liu Lina arrived at the meeting place, but Shen Feng was nowhere to be seen. A look of dissatisfaction appeared on her face, and her eyes were filled with anger.

After the previous negotiation, Liu Lina had already decided to kill Shen Feng.

This time, it had already been half an hour since Shen Feng asked her out, but she still did not see him. Just as Liu Lina was about to leave, she saw Shen Feng enter.

“Shen Feng, why are you looking for me? Don’t tell me that you asked me out just to be late!”

Seeing the unhappiness on Liu Lina’s face, Shen Feng could only shake his head helplessly,””Of course not, I was delayed by something!”

“Something?” Liu Lina could not help but ask. Shen Feng’s current state reminded her of PEI GE.

“Did you come so late because of PEI GE?!”

Shen Feng didn’t deny Liu Lina’s question, which made Liu Lina even angrier. She glared at Shen Feng as if she wanted to skin him alive.

“MHM. There’s a problem with her, so I came over after I settled it. That’s why I’m late.”

Shen Feng didn’t hide anything and directly admitted to it. After all, the two of them still had to work together. It wasn’t worth it to cause a misunderstanding over such unnecessary matters.

As for Shen Feng, he didn’t say a word. Instead, he furrowed his brows. Thinking back to the negotiation between the two of them, he was still a little angry.

“Leena, I’m looking for you this time because of what happened before,”

In the end, Shen Feng still took the initiative to speak. After all, the two of them had a huge argument previously, and he couldn’t just give Liu Lina a chance like this.

The relationship between the two of them was too complicated. If he pushed Liu Lina too far, he did not know what she would do.

“What is it? I don’t remember having anything to do with you. ” Liu Lina furrowed her brows. She was unwilling to lower her head.

She also didn’t want to argue with Shen Feng, she felt that Shen Feng deserved to die. If this man was interested in her, he would be her enemy.

Seeing through Liu Lina’s thoughts, Shen Feng could only smile and say,””No matter what we’re thinking, we still need to work together. Liu Lina, don’t forget that you can’t eat this cake alone.”

Such a blatant threat made Liu Lina even more displeased. She immediately snorted coldly and said,”Shen Feng, then I can also make sure that you won’t get anything.”

“Don’t think that I don’t know about your stupid matters. If you force me into a corner, I don’t know what I’ll do. ”

Liu Lina’s face was filled with a sinister smile.

Now that he heard Liu Lina’s words, he was instantly enraged.”How clean can you be? If you dare to do that, you have to think about whether the person behind you is willing or not. ”

The two of them fell silent. Liu Lina and Shen Feng were right.

In the end, Liu Lina thought it through. It seemed like she could only cooperate with Shen Feng for now. As for the other matters, she could only take it one step at a time.

“Alright, I’ll listen to you then. I’d like to see what you have in mind,”

Although she had agreed to cooperate, Liu Lina was still worried.

She no longer trusted Shen Feng, especially when he kept protecting PEI GE. This made her even angrier.

Shen Feng said as he looked at Liu Lina. This matter was truly a little tricky.

Liu Lina frowned and looked at Shen Feng,””How do we adjust?”

Shen Feng’s words instantly caused Liu Lina to explode. She stretched out her hand and slammed it on the table. She glared at Shen Feng and said, “Don’t go too far,”

“Don’t be so excited. I think this is a good deal for you. ”

Shen Feng could tell that Liu Lina was angry, so he immediately chuckled and said. However, there was no trace of a smile in his eyes.

Now, the two of them were like two people at different destinations. How could they overlap?

“I don’t think it’s worth it. Moreover, you’re going to get so much, Shen Feng, do you think I’ll agree? There’s so much business. ”

Liu Lina said angrily. Thinking about how Shen Feng was bullying her, she was filled with dissatisfaction.

But now, she didn’t have any good ideas. Moreover, Shen Feng was a vicious and merciless person. Who knew what he would do.

“Lina, I told you not to get too excited. We can talk about the business slowly. However, I won’t change how we talk.”

How could she accept such an unfair price? moreover, many of the collaborations would have to be done personally by her side. It was impossible for Shen Feng to complete it alone.

Liu Lina’s voice was calm. However, his heart was already in turmoil.

This Shen Feng was really a bully. Even at this time, he was still thinking of taking advantage of her.

This was what Liu Lina hated the most, especially when she thought about Shen Feng and PEI GE’s relationship. She would not give in.

“You took 60% and I took 40% last time. Did I say anything? This is how business works. You get more this time and I’ll get more next time. I can’t let you take all the benefits. ”

If it was in the past, he would still be able to do so, but when he saw Liu Lina trying to make a move on PEI GE that day, he could no longer give in.

“Also, I hope you can handle PEI GE’s situation calmly. Ji Ziming is already in your pocket, so why do you have to think about her all day?”

Shen Feng suddenly thought of PEI GE and felt that he should make things clear to Liu Lina.

Otherwise, who knew what would be waiting for PEI GE next? Shen Feng frowned at Liu Lina.

However, Liu Lina wasn’t willing to do so. She looked at Shen Feng with a mocking expression,”Ji Ziming will always think of her as long as she’s not dead.”

‘Only by killing PEI GE can I stop him from thinking about me. Shen Feng, your womanly benevolence will only harm yourself. ”

Liu Lina was vicious. As long as she thought of the things that PEI GE could bring to her, she would not allow her to live in peace.

She could not let her give birth to the child, especially since she was pregnant.

‘Liu Lina, I’ll say it again; I won’t let you lay a hand on PEI GE. If anything happens to her, I don’t mind fighting to the death with you. ”

Shen Feng saw that Liu Lina wasn’t convinced at all and had other thoughts in his mind.

His threat was effective. Of course, Liu Lina was afraid. After all, they both had each other’s weakness.