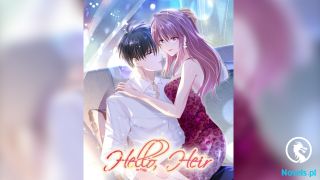 The setting sun shone through the branches of the tall buildings, making it look a little scary. This was the first time he had realized this.

The moment Ji Ziming opened the door, he saw Liu Lina lying on the sofa in the living room with her long legs crossed. She seemed to be thinking about something as she casually played with the dankou in her hand. Her fingernails were very beautiful and gorgeous, and they were even more eye-catching on her white hands.

He could not help but take a second look at her and was reminded of her pair of slender hands. They were not adorned with any accessories, and her nails were naturally pink and tender, just like lotus roots.

“Aiya, you’re back?” Liu Lina was the first to receive his reply. She followed his gaze and looked at her hand, slightly surprised.”How is it nice?”

As he spoke, he waved his hand, making his pair of blood-red dankous look even more enchanting.

“…” He speechlessly turned around.

A woman like Liu Lina was the most amorous. Seeing his expression, she naturally thought that he was embarrassed, so she acted even more presumptuously.”I didn’t expect you to like this type.”

Ji Ziming decided to ignore her and turned to leave.

“Stop!” How could Liu Lina let him off? she propped herself up with her long legs and slowly got up to walk toward the man.”Great CEO Ji, who were you thinking of just now?”

The man did not avoid her and coldly asked,””Weren’t you thinking of someone just now?”

He paused.”I’m just wondering who you’re thinking of.”

It was Shen Feng.

The battle between Shen Feng and the old dragon was still fresh in his mind. It should have been a storm, but it looked calm and peaceful.

It had clearly happened under Liu Lina’s eyes, so she should be very clear about it. Even if she had doubts, it would only be through a thin veil. However, why was she still so secretive when Liu Lina was following closely behind?

However, in this battle, he knew very well that this person was very terrifying, and he could not be taken lightly.

“I don’t think you’re thinking about your boss in South Africa” He finally spoke.

He did not intend to have too much contact with Liu Lina, but now that this woman was distracted in front of him, it seemed very interesting, and he was a little interested.

Liu Lina was brought back to her senses by Ji Ziming’s words. She pouted her fiery red lips and coyly said,””Who said that? I’m just thinking about him.”

This sentence was not wrong. Liu Lina felt a chill run down her spine when she thought of Shen Feng, but when she heard Ji Ziming’s voice, she suddenly realized that she was the one with a Wolf in front and a Tiger behind.

Liu Lina thought to herself that she was really in a tight spot right now I she felt that it was very dangerous for her to walk on fire i she really needed the boss of the gang to protect his mistress.

Liu Lina sighed. She felt that she was pitiful, weak, and helpless in front of Shen Feng and Ji Ziming, but even so, she still dispelled her unrealistic thoughts. If a South Africa mafia boss came, even a real Lion would come. Liu Lina felt that she would die without an intact corpse.

That’s right, the South Africa boss was the most dangerous person.

Liu Lina then realized that it was already very impressive that she was still alive and well after being by the Prairie King’s side for so long.

Therefore, the current situation was nothing.

“Oh, really? Your expression just now didn’t seem like it. ” He knew that he could not get any information from Liu Lina and did not want to say anything to her, so he turned to leave.

Liu Lina, however, grabbed the collar of his suit.”That’s true. You just don’t believe me.”

Frowning in disgust, he swept her hand away.”Does it matter to you whether I believe you or not?”

“You never know.” Liu Lina did not mind. She patted her hands and said,”I know who you were thinking about just now.”

His expression changed, and the light in his eyes flickered.

“See, I’m right.” Liu Lina did not miss any of his expressions.

The man did not retort.

“But your wife is right in front of you. I’ll be generous and let you see it.” Liu Lina said cheekily as she walked up to the man.

“You?” Ji Ziming frowned in disgust.

“I’m your great CEO’s wife. Have you forgotten?” Liu Lina had no idea what a face was.

Ji Ziming pushed Liu Lina away.”I won’t stop you from using your status in my villa, but I hope you know your place.”

“What self-awareness?” Liu Lina stood in front of him again.”Is your real wife and child in my hands?”

His expression changed.”Are you threatening me with this?”

Liu Lina raised a finger and touched her lips.”Yes, I think it’s possible. As long as we use this mother and son pair, you’ll definitely call me your wife.”

He did not say a word.

Ever since PEI GE’s disappearance, Liu Lina had openly moved into the man’s Villa and used PEI GE’s and her son’s lives to threaten him so that he would acknowledge her as the mistress of the villa.

In other words, Liu Lina was now acting as her own wife.

Ji Ziming did not take this to heart. Besides, his parents had already left, so there was no one important in the villa other than a few servants.

Ji Ziming could use the excuse of not returning home because he had matters to attend to at the company to give Liu Lina the cold shoulder, but he was still worried about PEI GE. If he got close to Liu Lina, not only would he be able to hear about PEI GE’s current situation, but more importantly, he would also be able to find out where the mother and son were.