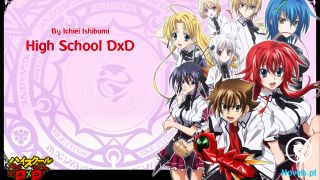 Ji Ziming already knew that Chen Lina and Shen Feng were together, so Chen Lina’s phone number was also in his.

He was very angry when he heard the conversation. This Chen Lina was completely useless.

So everything was in Shen Feng’s hands. Since that was the case, it was time for him to do something.

He then ordered his men to continue tracking down Chen Lina. He believed that they would definitely be able to find out something if they started with Chen Lina.

Chen Lina was fully focused on preparing for her wedding. The only thing she did all day was to spend Ji Ziming’s money. Although he was also very angry, he still tolerated her more than anything else.

“Lina, what kind of wedding do you want? I’ll get someone to prepare it for you.” He asked curiously.

Chen Lina was already prepared. Her face was pretty, and her red lips were slightly parted. Although she did not think much of smoking in front of the man, he did find it annoying.

“Don’t worry, I’m already making preparations for all of this. You don’t have to worry about it. ” Chen Lina’s words carried a hint of pique.

Ji Ziming was a little suspicious. Did she suddenly treat him like this because she knew something?

“Okay, okay. As long as you’re happy, anything is fine.” He chuckled, and Chen Lina nodded without even looking him in the eye.

Suddenly, as if she had thought of something, she asked him,”are you sure you won’t regret giving me all these? Ji Ziming, I’m telling you, I’m your wife from now on, so you must treat me well in everything. ”

Ji Ziming was puzzled by her sudden question.”What’s wrong with you? You’re my wife. ”

“But what about PEI GE?” Chen Lina asked again.

Ji Ziming’s eyes flickered for a moment. Chen Lina, who had been observing him carefully from the side, knew that he had not forgotten about PEI GE.

“What else can I do? anyway, it’s already happened. I’ve already decided that you’ll be my future wife, so don’t worry.” He emphasized and gave such a promise to Chen Lina, but Chen Lina did not care about it at all.

She had already seen through all of this. The man did not like her at all and only did it because she was still useful to him. Since he could not give her love, he should at least give her money.

Chen Lina was busy spending Ji Ziming’s money and showing off everything she had to her old friends. These people were all envious of her for being able to find a rich man to spend money on her.

Ji Ziming, who seemed to have thought of something, quickly called the police to check all of Chen Lina’s overseas addresses and social connections. He believed that they would be able to find Shen Feng’s whereabouts.

Shen Feng was simply too smart. All the calls he made were all encrypted, and through multiple calls, there was no way to find out where he was.

When the police received the case, they quickly helped him with the investigation.

PEI GE’s stomach was already rumbling with hunger, and Shen Feng had already thought it through. He no longer made things difficult for PEI GE and made her eat on time so that the child in his stomach could be safe.

However, she refused to do so. She did not want to implicate Ji Ziming because of this child and wanted to abort it. Unfortunately, she was locked up in this small room without any medical treatment.

She could only use dieting as a way to express her resistance.

“PEI GE, what are you doing?” Shen Feng came over to take a look when he heard his subordinate say that PEI GE was not eating.

Her eyes were filled with hatred.”I’m telling you; I’ll never eat your food. It’s too disgusting. I won’t want this child either. You’ll only use it to threaten Ji Ziming. ”

“Alright, since you don’t want this child, I’ll let you abort it. Are you sure? This is your and Ji Ziming’s child. Can you bear to do it?” Shen Feng asked curiously.

She was already pregnant, and even if she lost the child, she had to abort it for the greater good.

“Yes, I’m willing to, as long as you abort this child!” PEI GE pleaded with Shen Feng, her eyes brimming with tears.

Shen Feng got someone to do it, but PEI GE could not bear to do it in the end. She clutched her stomach tightly.”No, I definitely can ‘t.” Her eyes were filled with tears.

She could not believe it and pulled his hand over.

“Alright,” he said. She nodded in agreement.

“I still have to thank you. If it weren’t for you, I don’t think I would have figured it out so quickly. The child is in my stomach. It’s my blessing to have it stay for one more day.” She had already thought it through. When the day came, she would just die with the child.

She really did not want to implicate him.

Shen Feng could already tell that she loved Ji Ziming deeply. Furious, he called Chen Lina.”How’s it going on your end?”

Right now, Chen Lina was extremely happy. When she heard Shen Feng’s voice, it was as if he was reminding her that all of this did not belong to her. Instead, she had used underhanded means to obtain it.

“Good. Falsify his project. I don’t believe that he’ll run away again!” Shen Feng’s eyes were filled with hatred. Just the thought of how much she liked Ji Ziming and did not even have him in her eyes made him feel terrible.

He did not know that the woman by his side would one day bring him great trouble!

Both sides were discussing how to deal with each other. With these two people together, sooner or later, there would be a day when they would explode!

Ji Ziming’s heart could not help but race when he heard the police’s voice on the other end.

“Thank you, everyone. Thank you.” Tears welled up in his eyes.

When Chen Lina heard this call, she could not believe that Ji Ziming had actually found Shen Feng so quickly.

She was very afraid and hurriedly told Shen Feng about this matter. However, even so, Shen Feng was not afraid. Instead, he curled his lips and smiled.

“I’ve been waiting for this day. You should just focus on your own work. I’ll settle everything here myself.” Shen Feng said in a calm manner.

Chen Lina couldn’t understand. It was already at this point, yet Shen Feng was still trying to be brave.