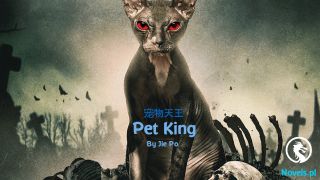 Ye Tingyun’s wrist was sewn up, and the wound was closing up slowly. The healing process was extremely slow as there were a lot of bacteria in the boat. He was an intelligent man, never engaging in useless resistance. He had almost become the model of resignation.

Never angry, never loud. He ate whatever he was given. He did not care if it was leftover food; he did not care if the water was hot or cold. However, he never lowered his head or begged. He was neither overbearing nor servile.

In the face of despair, in the face of death, this man could still maintain his grace with a smile on his face, as if he was casting life and death away. This was definitely a man that would make one terrified.

“It’s fake.” Ye Chu chewed onto an apple. Fruits brought to the sea could not be kept for long. They stocked the most apples; hence, Ye Chu cultivated the habit of eating an apple daily.

The sailors spread the rumor that if they did not replenish the fruits for Miss Ye Chu after a while, they could spend three months without reaching the shore.

“This type of hypocrite is the most cunning and treacherous. If this veil is ripped off, we won’t even know whether what lies underneath is black or red.”

Bruce laughed loudly. “You seem to look down on him?”

“Why would I fancy him?” Ye Chu bit into an apple. “Just a mere passerby.”

His hand hugged her slightly. His gesture was intimate, like he was embracing her. Ye Chu stood up, lifted his hand up, and poured some water to drink. “I’m happy. It’s rare that there’s someone to play with me. Otherwise, I would be bored to death looking at the people on the boat every day.”

The waves today were slightly bigger, and the boat was bumpy. Ye Chu went down again. Except for Lil Six, the remaining people had gone out to rest. Ye Chu pulled a chair over and sat down.

“There’s only a dying man here. What is it that’s attracting you that’s worthy enough for you to come here every day?” asked Ye Tingyun.

Every time Ye Chu came, he would have an additional wound. There were numerous wounds on his body, but it was not a big deal to add more wounds to it. Within two days, they would transfer all of his 150 million USD away. In addition, they also wanted his company’s confidential key technology. Bruce’s appetite was not small.

“Endless greed!” Ye Tingyun’s eyes had a glint of anger. However, it was not very obvious. “I’m unlucky to have been captured by you. I admit it. Initially, I assumed that you wanted money. After all, it’s only natural for pirates to want money. My family’s rich. If you want money, I’m fine with it, and I do not mind. For my family, any problem that can be solved by money is not a problem. However, you are too greedy. Not only do you desire money, you want my company’s key technology. Our country has an idiom: one’s smartness turns him against himself. I advise you to not be overly greedy. Accept what’s sufficient. $150 million is already a fortune that you will never get in your lifetime of robbery.”

Ye Chu pinched her lips together and smiled, revealing two tiny dimples. It made her extremely attractive. If her beauty was worth seven points, then these dimples would give her three additional points of charisma. They were full of affinity.