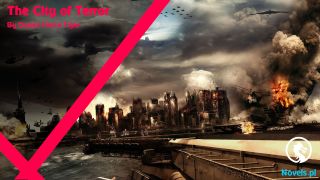 Lily… was worse at eating spicy than Alice and Lin Ling!

Nangong Jing’s face became flushed red too. She breathed a sigh of relief and said, “This is a spicy spirit herb. It’s used to bring up the flavor. It’s very tasty!”

Nangong Jing didn’t stop and grabbed another piece of meat.

Lily paused for a moment, seeing how the others were still enjoying themselves.

Then, she quietly moved her chopsticks to the clear soup.

After the hot pot, they went to have all the sumptuous meals on the street.

When they were done, it was already nighttime.

They walked out of their restaurant with faces of satisfaction. Even Lily and Louisa were smiling. They clearly didn’t have enough.

Lily smiled. “Indeed, the Human Race did quite well here.”

Alice giggled. “Then Lily, you can come and eat whenever you want. The spirit food I cook is quite nice. I’ll make it for you next time.”

Lily looked at Alice in shock. “You can cook spirit food, Alice?”

Alice blushed. “I just know how to cook a little.”

Lily smiled. “I must try it next time then.”

After their chats, they got much closer than before.

Probably because prodigies appreciated each other?

Lily looked at the sky and smiled. “It’s getting late. How about we call it a day?”

Lu Ze smiled and nodded. “I’ll send you guys back.”

A tear in space opened above the treehouses.

Lu Ze and the girls waved goodbye. “See you tomorrow.”

Lu Ze smiled and nodded as he watched Lily and Louisa fly to the treehouse. “Let’s go back too.”

The group returned to the Planet Shenwu’s Cultivation Building.

Lu Ze and the girls rested on the couch.

Qiuyue Hesha smiled. “I didn’t expect the Elf Princess to be pretty easy to get along with.”

Lu Ze and the girls nodded.

They felt quite nice while talking to her.

She wasn’t very arrogant. Instead, she was elegant and polite.

Lin Ling smiled. “Hopefully, we can find a medium-grade spirit gathering stones at the ruin.”

Lu Li nodded. “Then, let’s hurry and cultivate. I feel the competition will be very intense.”

After all, quite some powerful beings would be going there.

Lu Ze and the girls immediately felt a huge pressure.

The group appeared in the Pocket Hunting Dimension desert.

Lin Ling looked around and pointed in a direction. “This way.”

The group went on their hunting path again.

Half a day later.

A flame sea covered the skies.

In there, a fiery figure shot towards the ground and smashed out a trench.

At this moment, a fiery fist force penetrated the trench.

A shockwave spread in all directions again.

After the fire sea was gone, Lu Ze was revealed.

He looked at the ruby scorpion and grinned.

It was another ruby scorpion!

Such super beasts were rather rare.

They picked up the drops and continued hunting.

In the next two days, they killed six level-6 cosmic cloud state beasts. Two of them were fire wolves. However, they didn’t drop equipment crystals.

As for the super beasts, they only killed one ruby scorpion.

They sensed stronger ones, but they quickly left.

Three days later, they were moving in the desert when the ground suddenly quaked. Five extremely violent chi suddenly soared.

Lu Ze and the girls stiffened.

Shocking waves came from the distance.

The five overlords were fighting again!

Even Lu Ze and the girls couldn’t see what was going on as it was covered by blazing spirit light.

The desert shook and countless beasts fled away.

Their roars were filled with terror.

The stronger beasts were more violent and stomped to death all the weaker beasts blocking the path.

The desert was immersed in slaughter.

Lu Ze and the girls started running too.

This battle was more intense than the previous ones.

The entire desert seemed to be trembling. At the same time, pitiful howls could be heard.

The ground cracked hideously at the battle region and spread across all directions.

It didn’t reach the entire desert but was still quite absurd.

The battle lasted over half an hour.

The desert fell into silence.

Half an hour later, Lu Ze and the girls flew out.

Were these overlords trying to kill themselves?

This seemed quite nice?

Lu Ze and the girls were quite hopeful.

As soon as they flew some distance, two more powerful chi rose.

Feeling the battle, Lu Ze and the girls sensed that the overlords were back.

But soon, they realized the two beasts’ chis were much weaker than the overlords’.

Lu Ze and the girls glanced at each other, and a gleam of light flashed in Lu Ze’s eyes.