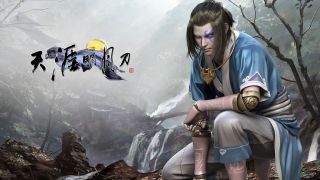 “Huh? Why is there another team?

“Is there a special occasion today?”

Huang Bing’s eyes subconsciously widened as he watched another large number of carts swarming toward him just after the previous one had just left.

Compared to the previous team, the size of the second team was nearly double in size.

The whole transportation team consisted of more than 300 people.

“Tsk, this is probably from the second exchange center. I’ll go ask them!”

Seeing Huang Bing’s expression, the head of resources who was smoking chuckled and approached the team.

After a short while, the two approached him together.

“You must be Captain Huang Bing, right? I’m Liu Kai from Exchange Center No.2. We will also be leaving the territory. Please have a look!”

Unlike the stinky face of the captain of the third Exchange Center, Liu Kai secretively handed over the transfer order with a half-full cigarette pack under the paper.

The cigarette pack was not completely closed, and Huang Bing could see the six cigarettes inside it.

Accordion to the price of goods in Origin Territory, these six cigarettes alone are worth 1.5 kilograms of flour. It was a precious good!

Huang Bing took it in a daze. It was the first time he had received a “bribe,” and he was evidently stunned by it.

“We have a lot of goods, Captain Huang Bing. Would you kindly arrange for us to go first?

“The territory lord is in a hurry. It’s already really cold and in the middle of the night…”

The second exchange center team’s captain smiled as he rubbed his hands together.

The guards of the west gates had a higher status than the guard of the east gates. Similarly, the exchange center captains had their own secret hierarchy according to the rank of their exchange centers.

Rumors were that the three captains were at odds with each other and were in a constant rivalry. They all wanted to please their territory lord.

Seeing the current situation, Huang Bing wanted to refuse them and not get involved in their rivalry.

Unexpectedly, the captain of the third exchange center team suddenly snorted and turned away,

At the same time, the team that was ahead of them suddenly turned a round and made way for them to leave the territory,

“Hmph. At least you guys are sensible!”

Liu Kai snorted and turned toward Huang Bing again, “Captain Huang, please do carry out the inspections quickly. We don’t want to lack behind them!”

Since they had already decided on the winner of their minor dispute, Huang Bing naturally did not refuse them and happily accepted the cigarettes.

“You guys go check the goods. I’ll verify the transfer order. Be quick!”

Huang Bing pulled out three cigarettes and gave each guard one.

After “splitting the spoils,” the three of them no longer hesitated and immediately rushed toward the carts with undisguised joy.

Compared with the meticulousness of the previous inspection of the goods, the three of them could not help but be laxer about it this time.

Before Huang Bing could fully verify the transfer order, the three had already run back and nodded to him. “Huang Bing, there isn’t any problem with the goods. It’s just like the previous team. They’re all ordinary goods and nothing illegal.”

Huang Bing’s expression could not help but relax a bit after being interrupted. He also briefly glanced through the item list and confirmed no major problems. Then, he tore the transfer order and handed it back.

“Captain Liu, sorry for the trouble!”

“Haha. Captain Huang is a very sensible person. It wasn’t troublesome at all!”

Both parties were delighted, and there were no conflicts that arose.

Watching the second exchange center team move forward quickly, Huang Bing reached into his pocket for the cigarette and could not calm down.

“What a wonderful day!”

Huang Bing could not help but get excited at the thought that he could have another hearty breakfast with Su Mo the following day as he watched the carts leave the territory.

The cooling disaster was impending, and he had only accumulated eight days of food so far.

Initially, he had planned to save at least twelve days’ worth of food before the disaster struck.

“I can use the coins I’ve saved up to exchange with Mr. Yang tomorrow if he still wants to exchange bread for coins.

“Such stuff was not tasty on earth, but in the wasteland, you can’t even sleep well without eating one!”

The saying was that humans would only be confident with enough money.

Remembering his cousin Huang Ya’s eager appearance in the evening, Huang Bing could not help but smile broadly.

Before his smile fully blossomed, he inadvertently glanced toward the cart passing in front of him.