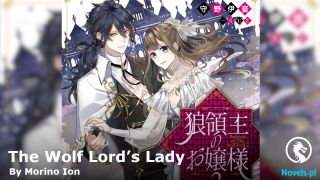 Su Mo observed the direction the three teams traveled and sighed in excitement. His gaze focused attentively on the screen, and he could not relax.

The Origin Territory was massive, and there were a lot of people. As expected, to flawlessly carry out such a plan would require plenty of people working together. Otherwise, it would be impossible to implement without getting caught.

Under such limited time, more and more people were involved.

However, no matter how careful they tried to be, it was inevitable that a few giveaways would be exposed.

The moving transport team did not hide its whereabouts.

This was not because they were strong and did not bother hiding.

Instead, it was because the movements were too big.

The vibrations of hundreds of carts and the heavy breathing of hundreds of people could be heard clearly even from a kilometer away. Those on both sides of the alley they traveled could easily hear the movements.

Along the way, apart from the remote roads, the three teams continued to travel and pretended not to see the people leaning at their windows watching them travel.

Soon, the rumbling sound gradually moved away from the territory square and faded into the distance.

The third team that had the least number of people walked the fastest. It did not take long for them to stop in front of the territory’s closed gates.

“The territory lord has ordered to deliver the supplies out of the city to be transported to the warehouse. This is the transfer order!”

In front of the territory gate, the four guards did not dare to delay and immediately rushed forward to check the transfer order while introducing themselves.

“Greetings, sir. I’m Huang Bing, the guard team’s captain of the night. Please hold on a moment. We will have to verify whether there are any illegal goods!”

Huang Bing instructed his companions to check the transfer order and glanced at the 30 carts being transported. He scratched his head and gasped internally.

Compared to his casual and carefree attitude when bringing Su Mo around the territory, Huang Bing was much more attentive during his post as a guard.

The territory system held people responsible for their posts.

Although the transporting team had a transfer order issued by the territory lord, he would still be held accountable as the captain if any problems arose without proper inspection of the supplies.

‘Strange. After leaving this gate, they’ll be headed toward the snow-capped mountains. Why would they bring the supplies here?’ thought Huang Bing.

‘The east gate was usually used by travelers. In terms of convenience, it was better to use the west gate that headed directly to the Main Peak instead of the current small gate.

‘So, why would they bring the supplies here?”

Huang Bing’s heart was a little worried, and his uncertain eyes became firm.

‘But what if there was my portion included?’

In the case that ill-intentioned people took these supplies outside the territory, then he would be held accountable as the guard’s captain.

Not only will the territory lord hold him accountable, but even the other residents will blame him for it.

“Alright. Do it quickly.”

Seeing Huang Bing’s seriousness, the transportation team’s captain did not seem to be bothered. He snorted and replied with a nasal voice, then stood aside and lit a cigarette to smoke.

“Hedgehog, Mouse. You two check from front to back. I’ll start from the back!”

Huang Bing instructed the relaxed guards beside him and strolled off to the team’s rear to begin the inspection.

The last cart consisted of some ordinary daily necessities, toothbrushes, towels, soaps, and other items of little value.

The penultimate cart had some wrinkled wild vegetables picked from the mountains that did not seem tasty from their appearance.

The antepenultimate cart was filled with several large boxes of candy, making anyone crave its ” sweetness “.

The fourth to last cart…

Huang Bing carefully inspected every cart and did not miss any spaces that could be used to hide stuff.

The inspections ended when the three guards met at the 18th cart.

The supplies were as usual and did not have any problems. No “private goods” were found during the inspection.

“Huang Bing, there was no problem with the transfer order, and the goods match the numbers stated on it.”

Huang Bing headed to the front of the team, and the guard that inspected the transfer order immediately rushed over, whispering into his ears.

As long as it was not in large amounts, he could easily transfer the rights of the supplies to himself without going through a lot of supervision or procedures.

It was not as simple as having the territory lord sign the transfer order to transport away the supplies outside of the territory.

In order to prevent the situation of stealing and self-hoarding from occurring, the territory issued a law when the territory was first established.

The supplies were allowed to be transported out of the territory only after going through such a cumbersome procedure.

More than a month ago, the new territory lord had an idea to reform the rule.

However, the disapproval of the others was too great, and many voiced their resistance to the idea.

They were many that claimed that they would pack up their stuff and leave the territory if their supervision rights of the supplies were revoked from them.

Therefore, the territory lord’s plan had to be put aside temporarily.

“Alright, since there isn’t any problem, I’ll keep half of the transfer order.

It was the first time that Huang Bing had faced such a situation. Thus, after he confirmed that there were no errors, he simply followed the procedure and tore half of the transfer order. Then, he handed back the other half to the transportation team’s captain.

The territory gate was opened, and the transportation team that had rested for a while finally began to move again.

They pushed and pulled the carts. With the manpower, the carts filled with goods gradually moved forward.

However, compared with their previous speed, the team seemingly had a slower pace, as if they were snails crawling through the snow.

After a few moments, supplies fell off the carts, and the team had to stop to pick them up.

Then, suddenly someone would be walking too fast and bump into another person in front, causing them to stop to adjust their formation.