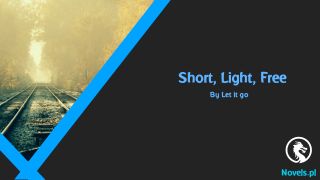 «My 100-Day Secret Marriage With The Boss (Web Novel) - Chapter 1402 She was Completely Exposed. It was Better to Strike First (VIII)

Chapter 1402 She was Completely Exposed. It was Better to Strike First (VIII)

“Since Chief Tang was asleep at that time, the door was definitely not opened by Chief Tang. Then who opened Chief Tang’s room?”

“No, I didn’t see anyone else when I entered. I only saw Chief Tang. At that time, Chief Tang was asleep on the bed alone,” Lin Bei quickly answered.

“What’s going on? Gong Yun wasn’t in Chief Tang’s room at that time? Chief Tang was clearly sleeping alone. Why was the door open?”

“If what the younger prince said is true, then Gong Yun is lying…”

“Then it proves that Gong Yun is lying.”

“If Gong Yun is lying, then what she said about Chief Tang being strong and exposing her is also false? Then she is framing Chief Tang!!!”

The reporters had already analyzed the situation thoroughly.

“Younger Prince, you stayed in Chief Tang’s room for two hours, and you were just discussing things?” One of the reporters looked at Lin Bei and suddenly asked.

Hearing the reporter’s words, the corners of Lin Bei’s lips curled up, and there was an obvious smile on her face.

“Otherwise? What can the two of us men do? I am a man, even if my hobbies are feminine. I think Chief Tang is the same.”

Lin Bei deliberately said these words in a joking tone, but at this moment, she deliberately emphasized one thing.

She especially emphasized that she was a man!!!

She deliberately chose this time to meet with the reporters so that Tang Ling would not be able to guard against it. At this moment, Tang Ling should have already fallen asleep, so it was impossible for him to suppress the news.

When Tang Ling woke up the next day, everything would be set in stone…

She was waiting to see Tang Ling’s reaction tomorrow…