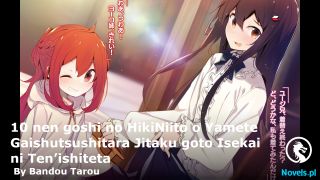 Chapter 1494: She would definitely be very cute!

After spending the night in the hospital, the two of them left the hospital early the next morning and returned to the calm sea villa.

Xiang Jinghan, who found out that Shi Nuannuan was pregnant, instantly reacted a little like Xiang Yi. He was happy, but he didn’t know how to express it.

After a long while, the little guy stared at her flat belly and reached out to touch it. “Is there really a baby here?”

“Yes.”Looking at her son, Shi Nuannuan answered him happily with a satisfied and happy smile.

The little guy was very happy, but there seemed to be nothing else on his handsome face except for a smile.

“Mommy, can you give birth to a sister for me?”

She was a little stunned, but it was more of an accident.

Both father and son seemed to want a girl? Why?

Looking down at her son, she couldn’t help but ask, “Jinghan, why do you want a sister?”

“Because Mexico has a sister, so I want a sister too.”

“Then tell Mommy, why do you want a sister when Mexico has a sister?”

“Because…”Xiang Jinghan thought for a moment. He was not even three years old yet, so it was difficult for him to find the reason and say it out loud.

“I think that if it’s a little girl, she will definitely be very cute.”

“Of course, my sister will definitely be the most adorable and beautiful in the world!”

Looking at her son’s happy expression, Shi Nuannuan could not help but lower her head and look at her flat stomach.

Could it be a girl? She really hoped that she was.

“Mommy, when will she be able to come out?”

Hearing this, Shi Nuannuan could not help but raise her head and calculate the time.

“She should only come out next year, around the time she goes to Kindergarten!”By that time, Han Han was already three and a half years old and should be sent to kindergarten.

“Will it take that long?”

“Yeah, you were the same at that time.”She raised her hand and touched the top of her son’s head.

In the blink of an eye, he had grown so tall.

At that time, she, who was lying on the operating table, thought that she would die. If she died, what would happen to the baby? If she died, would Xiang Yi… Miss Her? Would he send a bunch of flowers to her grave after she died?

Of course, it’s all in the past.

With her pregnancy, the wedding, originally planned for next summer, was moved up to February 14, Valentine’s Day, the sixth day of the Lunar New Year.

Years later, the entire Shi family also began to busy up, and Shen Lanzhi seems to be a little sad.

“Mom, you can’t bear to part with Nuannuan?”

Zuo Weiyi could tell that the closer they got to the wedding date, the lower her mood became.

Shen Lanzhi raised her head and glanced at her daughter-in-law who was sitting beside her before forcing out a smile. “It’s inevitable that I can’t bear to part with her. I just feel that time flies. In the blink of an eye, she and yuting have grown up so much.”

Knowing that she couldn’t bear to part with Nuannuan, Zuo Weiyi couldn’t help but raise her hand to hold him tightly. “It’s alright. Even though we’re married, what can’t be changed is that we’re still a family in the end.”

Shen Lanzhi raised her head, smiled back at her, and nodded. “Okay.”

“I have an appointment with Nuannuan to try on the wedding dress today. Do you want to come along?”