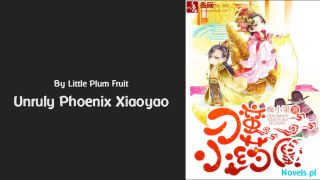 "Let's go take a look." After Qin Yun finished speaking, he flew towards the direction of the crowd. He really wanted to know if the Holy Daughter of the Goddess Sect was Yuan Shishi.

Actually, there was an inexplicable relationship between him and Yuan Shishi.

Last time, he did it purely to save Yuan Shishi, but after that night of passion, Qin Yun discovered that Yuan Shishi had actually left behind a shadow in his heart. Therefore, after Yuan Shishi left, he would occasionally recall the scene of them embracing each other with passion.

Qin Yun sped all the way to the place where the Goddess Sect's Holy Maiden had appeared.

Qin Yun roughly estimated that there were definitely no fewer than 10,000 people, and these people all looked dumbfounded as if they had lost their souls as they looked at the extremely beautiful figure standing proudly in the valley.

Qin Yun also came to a mountain peak and looked at the figure in the valley.

Seeing this, Qin Yun was stunned.

Who was this woman standing in the middle of the valley who hadn't had a night of passion with him, Yuan Shishi?

Yuan Shishi was dressed in a white dress with a proud figure and a beautiful appearance, causing ripples in the hearts of the people.

As a result, the charm emitted from her body was even more powerful than before. Not to mention people with lower cultivation bases than her, even peak Heavenly God Realm experts would find it difficult to resist such a powerful charm.

"Wow, it's really beautiful. I've never seen such a beauty before."

"That's right. I've long heard that the Goddess Sect's new generation of Holy Daughter is extremely beautiful. I was willing to cultivate for 10,000 years. At first, I didn't believe it. But now, I believe it. If I could hold her in my arms, wouldn't it be …"

"Of course I know that it's not my turn. Don't you think about it? However, this woman is truly incurably beautiful. She is simply a man's poison."

A series of discussions sounded in the surroundings. There were Star God level, Earth God level, and Heavenly God level people who were talking about this. However, without exception, none of them were able to resist Yuan Shishi's alluring power.

"Amazing! Amazing! This Goddess Sect's new generation of Holy Daughter is not simple! This should be the legendary body of Spirit Charm, right?" Xue Kui couldn't help but sigh.

"It is indeed a charming body." Qin Yun replied indifferently, but his eyes were fixed on Yuan Shishi who was standing in the valley.

Qin Yun instantly coughed awkwardly twice. He secretly admired the vicious eyes of the Blood Chief. He could even see this.

If Xue Kui knew that the person who picked Yuan Shishi's flower was standing beside him, he didn't know how he would feel.

"However, why did Yuan Shishi appear here? Could it be that she also accidentally entered the Giant God Devil Prison like Ling Feng? But it's such a coincidence, right?" Qin Yun thought to himself.

After Yuan Shishi left, there was no news of him in the God Realm.

It was said that she had gone to seek revenge on the eight Empyrean Gods, but she didn't know if she had succeeded.

Qin Yun did not go up to greet her. Firstly, it was because Yuan Shishi was too dazzling. Once Qin Yun went up to contact her, he would definitely attract everyone's attention.

Secondly, because he did not know how to greet Yuan Shishi, it was even more embarrassing to meet her.

Fortunately, Yuan Shishi did not discover Qin Yun's existence. At this moment, she was talking to a youth in the valley.

Qin Yun's gaze fell on the youth. He discovered that this youth was also at the peak of the Heavenly God Realm, but he was not an expert on the Heavenly God Rankings. His strength was slightly weaker than Xue Kui's.

His appearance was handsome, his figure tall and slender, his body carrying a refined temperament, giving people a warm feeling of the equinox.

However, Qin Yun could tell at a glance that this young man was not a good person, because he discovered that when this young man looked at Yuan Shishi, there was a naked desire in his eyes. However, this desire was hidden very deeply by him, and it was very difficult to discover it.

"Who is this person?" Qin Yun pointed at the youth and asked.

Qin Yun frowned slightly. He also hated this kind of person very much. Those who looked very evil on the surface were not scary. What was scary was this kind-looking person, but deep down, he was very vicious. This kind of person could easily stab you in the back.

"Why did Yuan Shishi come looking for him?" Qin Yun muttered to himself with concern in his heart.

Although he did not know what Yuan Shishi and Liu Changsheng were talking about, it could be seen from their expressions that the two of them seemed to be reaching some sort of agreement.

In Qin Yun's opinion, Yuan Shishi and Liu Changsheng would easily suffer a huge loss if they made a deal.

"Rob, is there any way to hear their conversation?" Qin Yun thought for a while and was still a little worried, so he sent a voice transmission to Luo Bu.

Qin Yun was so depressed that he wanted to vomit blood. He didn't expect Luo Bu to say such words.

"Cut the crap. Is there a way to steal their spiritual communication?" Qin Yun shouted angrily.

"Brat, what are you being so fierce about? Look at how nervous you are. Don't worry, your woman didn't do anything wrong to you. Instead, she was still helping you. Forget it, you should listen to her." Rob said.

After he finished speaking, a flash of light flashed on his Demon God Stone Tombstone. Then, the conversation between Yuan Shishi and Liu Changsheng resounded in Qin Yun's mind. Hearing these conversations, Qin Yun's face became surprised.