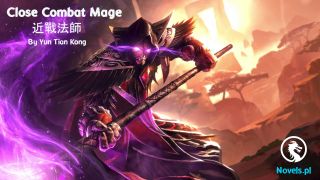 As if afraid that Xiang Nan would not be able to suppress his anger, Dou Hua added, "Don't be angry. There's no need for this."

"Moreover, if Master Six's people are willing to hit me, that means he still has me in his eyes. If he doesn't even want to hit me, then something big will happen."

Xiang Nan nodded and said, "There's no need for you to be nervous. I'm not the kind of person who doesn't understand the rules at all. It's just that this slap has hurt you."

Xiang Nan was not stupid either. Other people had their own rules. If they caused trouble because of this slap, then they would not have helped Dou Hua, but instead provoked her to death.

Afterwards, the sixth master randomly named the guild as if he was pointing at the rivers and mountains. The guild leader immediately stopped everything and trotted over to report on his own situation.

Xiang Nan felt that this Sixth Master did not seem to be really inspecting the work, it was more like an annual day of flaunting his might.

However, those Heavenly Tribulation Realm Guild Leaders who were named by Master Six were all like favors from the heavens, so happy that they almost fainted.

The banquet was filled with laughter. Someone hooked up with a man and a woman here and began to strip naked.

Some people set up the gambling tables and threw large amounts of Sacred Spirit Stones onto them, gambling on stones.

Those who came here weren't serious people. Wanting them to eat in a dignified manner was basically a fool's dream.

As for such a chaotic and smoky scene, Master Six liked it even more. He liked the smell of fireworks and the noisy scene.

Suddenly, not far away, there was a big fight at a table.

A four-level Heavenly Tribulation Guild Leader was slapped to the ground by a young man.

That young man was really fighting, beating the guild leader to death and kicking him to death.

What was even more bizarre was that the guild leader shouted while being beaten. He received a slap and a kick, and he actually shouted twice in a row.

The dignified Guild Leader coughed out blood from his nose and mouth, and his ribs were about to be crushed, but he still weakened his defense, allowing the young man to fight happily and happily.

Xiang Nan saw that the one who hit him was the great-grandson of the sixth master, the handsome man.

This person was only at the fifth level of the Martial Saint realm, and his true age was only seventeen at most. His astonishing realm was obviously piled up by Master Six using Holy Spirit Stones.

The man's eyes turned red as he frantically kicked the Guild Leader. He scolded, "Damn you! This daddy is toasting to give you face! You actually dare to actually reach out your hand! Who the hell are you? You also have the face to take my wine?"

"They're almost dead." Can Yang frowned.

The guild leader of the fourth stage of the Heavenly Tribulation was kicked in the spiritual sea one foot at a time!

However, he still didn't dare to retaliate. Not only was he beaten, he also applauded and laughed apologetically.

After the guild leader was beaten, he hurriedly raised his head and forced a smile, "Six … cough, Master Six … cough, Little, Young Master, slow down. Six cough … Master Six asked me something."

The young man ignored all of this and greeted him with a punch and a kick.

While coughing, he coughed up blood.

After Master Liu finished speaking, he no longer looked at the Guild Leader.

There was no sound.

The handsome man gasped for breath and wiped the blood off his hand.

Sixth Master turned around to take a look and said, "If you die, throw it away. Don't disturb the appetite of the guests here."

"Yes." The two servants wrapped up the guild leader who had been beaten to death and threw him through the window.

What kind of fear was this? Who would be beaten to death and weaken their body's defenses?

Before he died, he didn't dare to say anything?

The people of the dark forces were already terrified of Lord Six to the depths of their souls.

It was as if an ancient emperor wanted to decapitate his subjects. At the moment when the butcher's knife descended, his subjects did not dare to curse the emperor at the moment of their death.

This fear had already become a form of servitude.

At the very least, Xiang Nan felt that the rules weren't like that.

Xiang Nan was very unhappy. Ever since the pomegranate flower was slapped, his heart was suffocating with anger.

However, he knew that he had better not explode or cause trouble for the pomegranates. He could only drink mouthfuls after mouthfuls of wine without making a sound.

Canyang, Lan Tian, and the others had never seen Xiang Nan's expression like this before, and no one dared to speak to Xiang Nan.

No one knew how much he had gone through to climb up to this position. Just like that, he was killed by the great-grandson of the Sixth Master's family. He didn't even have a place to bury his corpse. He was directly thrown into the streets.

To a fellow like Xiang Nan who would rather die than point at the heavens and curse, he couldn't understand the Guild Leader.

If it was Xiang Nan, he would grab the saber and kill that brat with a single saber. Then, he would pounce on Master Six. It would be the happiest to fight to the death.

"Xiaohua." Master Six called the roll and pointed at the pomegranate flower.

"Wait here. If I do well, the new guild will be settled," Dou Hua said in a low voice with a delighted expression.

After saying that, she carried the wine and trotted in front of Master Six. She bowed and did not dare to straighten up.

The Sixth Master held a wine jug and drank as he spoke to Dou Hua word by word.

He didn't know where he had reached, but he suddenly saw a servant rushing forward fiercely, slapping the pomegranate flower in the face.

This slap made a mountain sound!

Perhaps the entire upper and lower floors of the Drunken Flower Building could be heard.

Pomegranate did not react in time. Although she did not condense the Dipper Qi to protect her body, she had forgotten to weaken her body's defensive power.

The servant looked at the pomegranate in disbelief, and then at his right hand that he had interrupted.

Sixth Master frowned slightly and said, "Xiaohua, you are not a person who doesn't understand the rules."

Dou Hua was shocked and knelt down with a putong sound.

After saying that, those people kicked down the pomegranate flower with one kick, and when they rode on it, they drew their bows and slapped their palms.

Blood flew out of the pomegranate's mouth and nose, and its eyeballs bulged from the blow.

She was beaten while lying on the ground. She looked up at Xiang Nan and shook her head at Xiang Nan.

Xiang Nan did not look at the pomegranate flower. He only lowered his head to drink, but after drinking this cup, he did not move.

He still lowered his head and did not make any movements, but his right hand, which was holding the wine cup, began to tremble.

That wine glass was shattered in Xiang Nan's hand.

Xiang Nan still did not raise his head and said, "Black Sickle, cut off that servant's hand for me."

Black Sickle nodded and placed an arm on the table.

No one saw when he did it, and no one even saw him leave the table.

When Xiang Nan finished his last word, Black Sickle had already placed his arm on the table.

Only then did the severed arm begin to gush out blood.