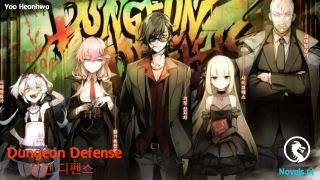 «I Was Caught up in a Hero Summoning, but That World Is at Peace (Web Novel) - Chapter 1195 - Black Wing's Invasion ?

After a light meal at Iris-san’s bar, we once arrived at Iris’ general store through a direct door. Thereupon, as per usual, a stuffed cat costume greeted me.

[Yeah, it’s the same person as the owner of the weapon shop earlier…… Also, she’s the Phantasmal King.]

How should I say this…… This sure feels refreshing. The fact that Alice is the Phantasmal King is already well known to those around me, but for those who don’t know about it, it’s quite the surprise, isn’t it?

However, I have indeed learned from Lilia-san’s case that if I don’t tell her about this first, she will be more surprised when she finds out later, and it’s better to tell her ahead of time.

[W- Why is the King of Empty Illusions here……]

[Fuuuu, for I was the Clown who Deceives the World, walking upon the world of empty illusions, I am everywhere.]

[I’m your fan! Please give me your autograph!!!]

This was a rather unexpected turn of events. It seems that Amel-san was a fan of Alice…… or rather, the Phantasmal King. No, well, thinking about it again, considering that she’s someone whose identity is unknown and rules the world behind the scenes, she would certainly be someone Amel-san likes.

[Amel-san, I don’t really think you should idolize someone like her……]

Giving Amel-san some advice, I looked at the miscellaneous goods store while keeping an eye on Alice, who seemed to be writing her signature on a colored paper…… and I found a shelf that I didn’t recognize.

I’m pretty sure I’ve been to this miscellaneous goods store quite often…… but what is this shelf? Errr, let’s see…… “Mystery! The Treasure of Chaos, the Mixture of Darkness and Light!!!”…… She prepared a shelf focused on Amel-san…… I can see her intention to sell her various things.

As I was thinking about this, Amel-san came up to me after getting her autograph.

And as Alice had expected, one looked at the shelf and Amel-san was caught.

[The colored contacts I had been looking for and other various things…… A- All of them looked so cool…… I want them. I wonder what kind of products there are, uwaaahhh, I’m so excited- Hahh!? Hrnnn!? As one would expect from my sworn friend’s keen eyes, they feel one with awe. To find this altar lined with items overflowing with power……]

I feel like she’s getting too excited, and the frequency of her true self coming out is increasing. Well, it would be the kind decision to not point that out to her.

[I can understand the colored contacts, since they probably have the same effect as the previous one, but there are various things here other than that…… Alice, what is this black bandage?]

When I asked about the mysterious black bandage, Alice came over to the counter and began to wrap the bandage around her hand, apparently to give us a demonstration…… Of course, it’s wrapped around the arm of her costume, so it looked kinda dumb.

[Just like that ring back then, you activate it by the key word…… “Unleash”.]

[Whoa, the bandage is becoming untied on its own…… and it’s floating?]

[The bandage originally wrapped around your arm would be spread out and hover around you. And then…… “Seal”.]

Explaining this, Alice announced a new keyword and this time, the bandage that had been undone is automatically rewrapped around her arm. Ahh~~ I see, it’s like you can release what was sealed by that bandage with a single word…… Unnn, Amel-san will definitely buy this.

[This comes in a variety of colors, so I recommend it. Also, this toy over here is pretty fun too.]

Wryly smiling at Amel who had her tension reach the maximum, I looked at the new item that Alice had taken out. The ball is about the size of a ping pong ball and comes in a variety of colors, but I don’t think that’s all there is to it.

[This, you see, if you hold it like this and put magic power into it, and then throw it……]

As soon as the ball Alice threw seemed to light up, a bolt of lightning gushed out, spreading across the room. I was surprised as some electricity zapped my way, but I didn’t feel any pain.

[It’s flashy, but those are just for appearances. You could say it’s something like an illusionary magic. It’s like a party item, and you can enjoy various effects such as flames and water.]

[……That really does look fun.]

The appearance is flashy and eye-catching, and it seems to be easy to use just by throwing it filled with your magic power. It also looked like something fun to play catch with.

[We also have other stuff here, like these capes who flutter even with the absence of wind.]

[I want this, I want that, I want all of them…… Ahh, but even if I buy a lot of them, I can’t use them all right away, so I think I should buy mainly the things I can wear on a daily basis…… My sworn friend! Which one do you think is good to buy?]

[H- Hmmm, if I were to exclude the colored contacts since you originally planned to buy them, wouldn’t the bandages be fine since you can replace the bandages you’re currently wearing, Amel-san? If you combine it with the spear you just bought, it could feel like you’re releasing your power……]

[Unnn, unnn! You’re right, I really need to buy the bandages! They all look so cool though, I wonder what color I should get?]

[Ahh…… W- Wait, what happened just now didn’t happen!!! Erhem…… The quality of the seal is likely to be higher with this bandage. The power sealed within this arm of mine is very strong, so I really need to increase the strength of the seal as much as possible.]

When I pointed out that she had completely returned to her true self…… Amel-san coughed and returned to her usual tone. However, she was red up to her ears and looked quite embarrassed as she averted her gaze.