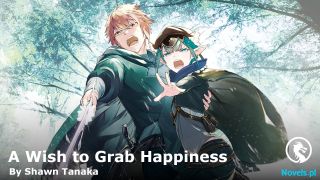 «I Was Caught up in a Hero Summoning, but That World Is at Peace (Web Novel) - Chapter 1194 - Intermission: A Small Tea Ceremony and A Swaying Flower

Chapter 1194 - Intermission: A Small Tea Ceremony and A Swaying Flower

While Kaito and Amel were enjoying their mocktail and snacks prepared by Iris at the bar, Iris’s main body was, coincidentally, cooking at the same time in Isis’ castle.

This Iris isn’t making a light meal, but pastries, and after nodding in satisfaction at the baked cake and cookies, she slapped the hand that was reaching out for a cookie.

[No, I just want some compensation for the work I did to help you. Isn’t this, in a way, a legitimate way of exercising my rights?]

[Snatching cookies isn’t a legitimate way of exercising your rights. Besides, all of us will eat this later, so hold yourself back…… Or perhaps, do you intend to eat before Isis-sama?]

[Kuhh…… If you say it like that, I have no choice but to pull back like a grown up……]

Lightly brushing away Polaris’ attempt of stealing cookies, Iris put the pastries on a cart.

[Polaris, is the tea prepared?]

[Yeah, all ready. I also properly casted State Preservation Magic on them earlier.]

Needless to say, what they were doing was preparing tea. This time, since Rasal was unable to attend the tea party, Isis suggested that she and everyone under her command have tea together, and this is what they were preparing for.

Meanwhile, Sirius and Rasal, who aren’t very good at cooking, are preparing the table.

Iris and Polaris, who had finished preparing the necessary items, moved to the balcony where Isis and the others were waiting.

Isis’ castle is located in the Land of Death, an extremely cold place covered with snow all year round. Normally, it would have been impossible for one to enjoy tea on the balcony due to the amount of snow and blizzards around…… but including Isis, one of the top ranks of the Demon Realm, the four people having tea with her were Peak Count-ranks, beings with overwhelming power…… Such a thing isn’t any problem for them.

The balcony is covered with a transparent Barrier Magic, so snow and other factors can’t get in and the temperature is kept at a comfortable level.

When the two arrived at the balcony, it seemed that the table was already set, and Isis, Sirius and Rasal were waiting for them.

[Isis-sama, thank you for waiting.]

Isis responded to Iris’ words with a gentle smile, her expression showing that she is very happy and is looking forward to tea with her subordinates.

[That really isn’t needed. Please leave trivial matters to us, your subordinates.]

[Yeah, it was as she said…… Although it was very rare, you sometimes say such nice things.]

[And here you are, not being in any way useful in the preparation works at all. In fact, you have only increased the amount of work we have to do.]

As usual, Sirius and Rasal immediately glared at each other, throwing provocations, and exhaling a sigh, Iris split up with Polaris to serve the sweets and tea to everyone, and when they were done, they sat down.

[Thank you for your compliments. I was able to get some good quality berries this time, so I made these with those as its focus.]

[I thought I could do some of it myself, but Head-dono’s skill is just pretty good. The texture of these cookies is wonderful.]

[Ahh, it’s just a matter of how you mix the ingredients……]

The best proof of this is the fact that even at such a table, conversations naturally flow without anyone intentionally bringing up a topic of conversation.

[Speaking of which, Rasal. The technique you used in this place doesn’t react with us?]

[Yeah, I won’t bore you with details, but it will not respond to those who properly enter through the entrance. it’s a simple technique that only detects and warns of intrusion, so it’s easy to incorporate various complex conditions to it.]

Sirius and Rasal, who had been quarreling earlier, were now talking normally, and it was clear that they were on the same page despite their quarrels.

While happily gazing at such a scene, Isis was also truly enjoying her tea and the conversations with everyone.

Watching such a tea party from the window, the Blue Crystal Flower…… Spica, who resides there, was absentmindedly thinking to herself.

(It feels like they were having fun. I don’t know why. I can’t hear what they were talking about…… but yes, it’s that atmosphere around them. Death King-san also seems to be enjoying herself. It somehow feels strange…… but when she looks happy, it makes me feel happy too.)

At first, Spica was wary of Isis, but she’s now no longer wary of her…… and she was instead feeling pleasure upon seeing the happy smile on Isis’ face.

(……The real pity is that I can’t hear their conversation. I wonder what kind of conversations they were having for Death King-san to smile so kindly…… Hmmm, I wonder what this feeling is, it makes me a little itchy.)

While enjoying the view from the window, Spica was a little puzzled by a feeling she had never felt before.

(This is the first time I’ve ever wanted to talk to someone…… Hmmm, this feels a bit unsettling…… but it doesn’t feel bad……)

Although she felt itchy upon feeling something she had never felt before, she didn’t feel uncomfortable from it, but rather…… she felt somewhat comfortable with her feelings.