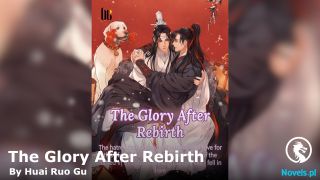 «I Leveled up from Being a Parasite, But I May Have Grown Too Much (Web Novel) - Chapter 95 - Underground Vault Rush

When I called him to stop, the magic researcher is turning around with somewhat annoyed face but still heeded my call.

I queried him while thinking that he should at least cooperate a little considering the fact that I just saved his ass.

“Since you’re researching about magic tools, do you know where I can find the untouched left hand? It seems their goal is to find that item.”

“For that treasure…? Why are those monsters looking for it?”

“I don’t know why, but I got this piece of information after listening to their conversation. Please tell me about the place, since I want to catch the ringleader of this incident.”

“I see. Well then, I guess it should be alright if it’s you guys. Okay then, please head toward that place as soon as possible after I tell.”

We acquired information regarding the magic tools vault where the left hand is present from that researcher.

Though there are several place where it could have been kept, it seems it was stored inside the underground vault of the east main building, since it’s a special one.

We rally to that place.

When it comes to such situations like this, I prefer a surprise attack and catch my enemy unaware rather than a one-on-one with everything I got.

Though we met some zombies along the way, they were easily dispatched since they were just small fry. Thus, we continue to march toward the underground vault without halting.

“As expected, there’s a guard on standby, huh.”

“Are they that strong?”

“If they face against you—“

“It’s because I fought against a lot of them when training in the dungeon.”

Hee, so there’s a lot of undead in the dungeon, huh.

I want to inquire for more information after this matter is settled.

“Then, can I leave them to you? I’ll catch the ringleader inside the room.”

Jackrosa leaps from his hiding place.

Those monsters rush toward Jackrosa after he appeared in front of them.

Jackrosa is countering with――his usual ―― short spear and shield which he always carries along with him in the arena and pulls the sentries away from the entrance of the vault.

Just like that, I leave from my hiding place and head toward the entrance of the vault.

At the same time, Jackrosa changes his stance in order to prevent the monsters from entering the vault via the entrance to intercept.

As expected of Jackrosa, he is so reliable.

The vault room was huge.

I heard a little about it from the researcher, but it seems it was constructed this way to prevent interference from magic tools.

There, I found someone wrenching a locked box placed in this gymnasium-sized place.

“Hey, the person over there! Are you the ringleader of this event?”

My voice reverberates throughout the underground vault.

At that time, the movements of the person trying to open the box until a moment ago comes to a halt while looking toward my direction.

“I’m a human, and I came to release this academy from your chains. It’s time to end your evil scheme!”

Though the ringleader turned around to my direction in surprise, my legs stopped moving the moment she laughed while showing her canines.

“Heeh, to think that someone managed to reach this place. Not bad, human.”

The one standing there was a woman around my age.

Her silvery ash-colored hair was tied in drill-styled twin-tails.

Her pupils, the centre of her haughtiness, is flaring in scarlet colour; her way of posing with both hands on her hips makes it look like she’s posing for a photograph, though.

It’s as if I’m being absorbed by her eyes and her expre――HAH!

I look away in a hurry and then clap on my cheeks.

I realized that she’s the boss of those undead.

When I approach her while keeping a strong rein on my consciousness in order to not get swallowed by her charm, the vampire stretches her hand and made a caressing-like movement.

“This Epi-sama is praising you. You did a good job.”

“Thank you for your praise. If you really think so, then please leave the treasure in this place.”

I unintentionally raised a stupefied voice.

“I mean I found this treasure first. Naturally, it’s mine. So, this place is of no use to me anymore. Bye bye.”

Epi is trying to leave the vault while I’m still dumbfounded.

But, I somehow regain myself and then block her at the entrance.

“STOP RIGHT THERE! Put back the box in your hand if you want to leave this place!”

“As if I can do that, why do you think I came to this place in the first place? You should think a while before saying something again, human.”

Or rather, what the heck is wrong with this vampire, she isn’t nervous at all.

Despite the fact that I’m standing in front of her as her opponent, she isn’t nervous at all. Is she feigning her ignorance, or that’s just how she is?

Is she just a carefree person?

Or else - she is confident in her own ability that I won’t be able to beat her.

“Fuu. Anyway, there’s no way I’ll let you to take such an important item. In the first place, I don’t even know what a burglar like you will do with such a thing.”

I’m standing on her way as I spread my hands and then grasp the sword made with magic craft.

Epi showed an expression as if she was pondering about something, but then, she took a deep breath and took something out from her pocket… a space bag.

“I won’t spend more of my precious time with you. I thought I’ll let you go as long as you overlook this matter, but it seems I can’t do that. Now, behold the power of the great vampire, Epi-sama.”

The thing which she would be taking out from the space bag while showing her intimidating canine, I wonder what it is?

I put myself on guard while strengthening my power as usual…

And then, Epi is slowly taking out her hand from the space bag-

“JUST KIDDING, I GOT YOU HUMAN! WELL THEN, BYE BYE.”

With my vision being snatched away, I am able to listen from the sounds of her footstep that she’s getting farther away.

She showed such confident attitude, yet she ran away using the smoke screen as cover.

After leaving the vault filled with smoke all the way to the corridor in front of the vault, I walk unsteadily while cursing in my heart.

“Eiji-kun, as soon as I saw someone leaving the vault, a flash of light and smokescreen came into existence so suddenly—“

“She is the ringleader! I’ll chase after her now.”

Thanks to the power of water spirit, Ondine using which I raised a curtain of water on my surroundings, the flashbang-like spell’s effect somewhat lessened and it also provided me with a minimum field of vision by absorbing parts of the smokescreen.

I’m chasing after Epi with every bit of my power while strengthening my body with magic.

As I continued to chase after her, I found out that she was heading toward the entrance of the academy. Since what I want is the box in her hand, I’m chasing after her all the way till we almost left the school.

I saw Epi again on reaching the entrance of the academy.

I erased the sound of my footsteps as I carefully approach Epi who, for some reason, suddenly stopped right at the entry gate of the academy.

“To be able to meet you at this kind of place. That surprised me. It’s been a long time, Epi”

I heard a familiar voice.

And then, the person who said those words appeared in front of me.

Risa Haruna and Epi are staring at each other near the gate of the academy.