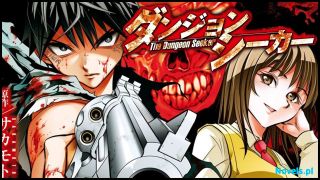 «I Leveled up from Being a Parasite, But I May Have Grown Too Much (Web Novel) - Chapter 84 - Contender Eiji

The next attack definitely will tear the barrier and cut through Haruel’s flesh.

There’s no doubt that there’ll be a rain of blood in the arena.

The audience on their seat fell into silence in that situation.

And then, the sword is swung downward―― Faster than that, an arrow of light is fired from the audience seat toward the hand of the swordsman.

The swordsman reacts immediately to clear away the arrow with his sword.

Or should I say as expected, since it seems that this degree of attack can’t even be considered as a surprise attack. If that was the case――

「What was that just now！ What’s the meaning of this！ 」

I was rushing in toward the swordsman who’s saying that words toward the audience seat.

I draw my sword immediately and then stand in front of Haruel as if protecting her.

「Because you’re in danger. It’s only that.」

「In danger you say… Then, you’ll be the next who’s in danger, Eiji-kun！」

Haruel says that with a worried face.

The swordsman is also looking at me with a puzzled face, and I keep hearing the sound of bewilderment coming from the audience seats.

「Who the hell is that guy?」

「Could it be that he couldn’t watch what would happen to Haruel?」

「Quite a passionate fan, isn’t he？」

And then, the swordsman talks with a cold tone.

「I’ve no interest in small fry. If you’re just being reckless, get out of here right now.」

「Don’t say such cruel words, you want an opponent right? Even I can’t help but feel slightly interested. I won’t be coming down as long as Haruel is safe.」

Haruel’s feet becomes limp as she fell on her place with an uneasy expression.

I invoked all kind of skills such as boost and speed enhance while confirming her situation.

And then, I swung my sword with its tip to the side.

The rumbling sound in the arena gets silenced in a moment.

A straight line formed on the swordsman’s mask.

And then, the mask falls on the ground after it was sliced in two.

I remember the face that’s peeking out from behind that mask.

Yup, as I thought, it was the man who I met on the riverside and arena.

A thin cut forming on his cheeks after I sliced his mask, and then blood is starting to trickle down from it.

「If you really want to see a rain of blood, I’ll show you as much as you want. With your blood, that is.」

The swordsman’s touching his cheeks that just lost its mask and is showing a slightly surprised expression after confirming that it’s his own blood.

And then, he’s licking the blood on his hand and sends a delighted gaze toward me.

「Kukuku, I never even considered that you’ll be the first one who will hit me. A person who doesn’t match his appearance, huh. Or it might be just your appearance？ 」

Suddenly cheers is erupted from inside the arena.

Who the hell is that guy！

I’m sure that he has registered as a fighter―― But I’ve never even once seen his fight. Who is he?

Though I heard various voices, there’s gigantic clumps of exclamation. The audience is wrapped in heated passion as if it’s just on the verge of a big match.

The swordsman is sneering as he saw that situation.

「It’s not just me, right. Who doesn’t love it? There’s plenty of people who love blood even for『Just looking at it』. Though it seems they have no guts for spilling it. What about you？ 」

「Like hell. The one who’ll be spilling blood is just you.」

On looking at me pretending to be tough, the swordsman is laughing quietly.

「You got some nerve there. Moreover, it’s not just your courage, the swordsmanship from before too. I slightly belittled you. If the best fighter is even only at your level, it’s nothing… Let’s just enjoy this.」

The swordsman was setting a middle stance with his sword.

In that moment, I sensed as if the temperature around my body dropped.

This is… more than I expected.

I hear a voice as I’m rousing myself again in the midst of such pressure.

That was Haruel’s voice which came from behind me.

The swordsman who heard Haruel’s voice then said.

「Hou. So you knew me huh, fighter girl.」

「Naturally. I heard the story that you’re a former A rank adventurer who disappeared once.」

「You saved me the effort of introducing myself, huh. Well, I’m gonna tell you my name since you’re strong though. You would have become tired since you only fought against monsters in adventurer guild, right.」

The swordsman Isakuza’s nodding without a hint of hesitation.

What a dangerous guy.

「Haruel, is this guy quite a celebrity？」

「Maybe amongst swordsman. The sensei of my swordsmanship dojo mentioned about him before as a famous swordsman. He said that Isakuza is the best swordsman in the world.」

「The best in the world？」

I’m sending a fleeting gaze on the back while keeping my vigilance on the front.

Haurel nods to my question.

The best in the world you say.

「Fu~… I never wanted the best title; I just wanted to fight like this. Contrary to my expectation, it’s something trivial compared to not being able to fight with someone who can give some feedback.」

Isakuza’s saying that with a cynical tone as he glared at me.

As if to tell me to not disappoint him.

Somehow it seems he is a really strong enemy.

I can’t win unless I give it my all.

Kicking the ground with a “tan”, I send the first attack just like the first time with my strengthened speed.

But, I coudn’t hit him. Isakuza’s swinging his sword as he sees the point of my sword with small action.

But, it doesn’t mean that I’m not expecting that to come.

Since I already prepared the shield spell, I unleashed tha―― EH！

The shield keeps being chipped while letting out sparks.

When I noticed that it’ll be severed at this rate, I quickly twist my own body to evade it. It succeeded thanks to the barrier which reduced the speed of the sword.

Just like that, we create some distance between us.

I knew that my breath become rough.

This is a true battle.

This power isn’t just a rumor.

I don’t think that I can evade the speed of the tip of his sword. It’s already that terrifying even when I somehow decreased its speed.

Now it was Isakuza’s turn to attack while I’m analyzing it.

After he drew near with such terrifying speed and then measured the distance with a complex method, he released a slash.

Though I tried to evade it, I failed to escape and it grazed on my own ribs.

The cut itself wasn’t that deep but it hurts.

Though it’s not at the speed of mind blowing, it’s still the first time I saw such speed, yup, to the point that I could hear the sound of him swinging his sword from behind.

Since I can’t use my magic shield simultaneously while it’s being sliced by him, I can’t defend against that attack. Though I barely managed to stop it with my sword, it still bit into my shoulder and blew me with its momentum.

I canceled my magic shield and fired a magic arrow while being blown away.

But, he keeps avoiding every single one of the magic arrows.

As expected of a swordsman, his movements and sword are fast.

Just how much is his class level? I can’t even imitate it with my parasite.

It’s already too late to think about asking a handshake with him for a fair and square fight. This good idea’s floating after the deed is done.

「I have no choice but to use the certain victory pattern, huh.」

I invoked my sorcery.

If my opponent is faster than me, I just have to make his speed similiar to mine.

And fight him when it’s achieved.

He’s still too fast though!?

But, still not on the same speed as me, he’s still faster. Moreover, he’s better than I am, I can’t read his movement at all.

His complex footwork is fascinating.

It seems he’s not that strong in magic; despite the fact that he’s fighting in a way where he won’t suffer a fatal wound, it’ll become too much for him if the fight gets prolonged.

My movements also gradually become dull having received his attack on my arms and feet.

It’s way too hard for me since his movements are far more complex compared to the monster. I’ve a way to deal with it to a certain extent if it’s just speed and power.

The moment where we mutually take a breath.

The best swordsman in the world and I exchange glances.

Well then, what will you do, Eiji?

He is too much of an opponent for a brute force approach.

Do something about this situation――

My head is working faster than the swing of my sword, and then.

There’s no way I can’t break through this situation if I use all of what I have learnt.

I resolved myself in the next move.