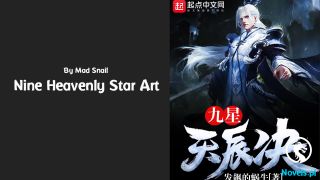 «I Leveled up from Being a Parasite, But I May Have Grown Too Much (Web Novel) - Chapter 58 - Eye of Akasha

Grael is currently sitting on his desk while reading a document.

It was about the inspection of magic tools.

He was currently meeting with the priest in the temple.

Though I’m monitoring Grael with the parasite vision, well, his actions are just normal.

There’s nothing particularly strange beyond the range of that I can imagine from the job of government secret agency.

Currently he’s spending a normal daily life, even during his private time.

But, with that kind of a personality, I think he’ll do something sooner or later. Therefore, I kept monitoring him patiently.

Now, the aforementioned Grael is still in the temple.

This is not a particularly strange action.

They’ve living quarters for someone like Grael in the temple, that place later became his bedroom. Grael often stays in that place.

Grael pulled open the desk in that place.

After doing that, he removed the bottom plank of the drawer.

It’s a double bottomed one.

And then, from its bottom, a thin plate with a certain texture and having characters written over it appeared.

When Grael took that out, he put it in his space bag and returned the drawer to its original location again.

Not always taking it out with him, maybe he was worried that it might be lost in his space bag. In that case, it must be a very important item.

And yet, it is still something that he doesn’t want others to see.

Grael left the room. Thereupon, a priest was waiting on that place.

I had seen that priest when I came to the temple before, his figure that was running away in hurry had left a deep impression.

They talked about something and then started to walk.

Both of them seemed nonchalant but, they are paying careful attention to their surroundings.

――This is, could it be that this is what I thought, no, this might be beyond that, I might be using this material as a source of Grael’s fall.

On noticing that point, I became more fired up and continued the observation.

Grael and co. kept walking on the corridor of the temple, and then continued walking along the stairway.

There are no windows, they continued advancing into the passage with only the light from the magic tools, and then a door with a seal affixed on it by means of demon chemical element and key appeared.

The priest took out a talisman with some pattern drawn upon it and a golden key, and then opened the door.

The heavy sound of the door sliding to the side to open the room is resounding.

I unintentionally muttered those words while peeping with parasite vision.

The thing that is inside the opened door is a vast expanse of tools.

There were even tools that are clad with aura, and the sensation that was transmitted even across the display was something similar to Blood Licorice, a treasure that I had seen in Snori.

This place should be the treasure warehouse.

The rumored place where the treasures are stored.

Surely, to use this place, there’s the so called procedure and a reason is necessary even for a noble and priest but……… Judging from the fact that they were showing an extreme amount of attention to the surroundings till arriving at this place, I noticed that it seemingly was not so.

Isn’t this one of those materials [for blackmailing Grael]？

The two of them―― Grael and the priest keep walking carefully inside the treasure room.

It seems that both of them are nervous and is not from the fear of being found. It is a frightened appearance as if they’re walking inside a vault filled with explosives.

And then, the two of them arrived at the innermost part of the vault.

On that place, I could see a palm sized cube placed which was made of mysterious materials on the slightly shining altar.

After Grael took it, the priest opened his mouth.

「We finally got our hands at it according to the plan right?」

「Yeah. It’s thanks to you, Totowai. As soon as I climb up, I’ll recommend you to the important position in the north and back it up for sure.」

「Thank you very much. Fufu, I’m looking forward for it you know.」

There’s no doubt about it, I have heard this voice.

Though parasite vision sent nothing but a reflection.

Or maybe, it’s the effect of the treasure in Grael’s hand――.

「Ah. It took some time but, as I thought, god is watching over me. He’s watching my great effort right. Don’t you think that I am lucky because of the fact that I was able to discover how to use the true ability of this Eye of Akasha in a grimoire?」

「Yeah, that’s true indeed. The exploration of the aforementioned tower is advancing smoothly thanks to this right. The price is great though.」

When the priest called Totowai said that, Grael furrowed his eyebrows and clicked his tongue a little.

「Geez, so annoying. I’m sick with the greed of those so called adventurers. But well, it’s a trivial price compared to the treasures that we will get after this.」

「Yeah, I understand. You certainly have done your job. Don’t worry about that since I possess more than what is necessary. ……Well then, let’s start it. You’ll go this way.」

「Yes, I understand. Since I’ll become the suspect. In addition, I must act as if I’m not aware of the situation till I come back right.」

For some reason there’s a disturbing talk.

The Eye of Akasha―― it certainly was the model for the guild card, it seems that it is a strange treasure which records everything, and seemingly could be used for your own desire.

I kept monitoring them and then, Grael soon left the temple and the priest left alone.

In short, it seems that Grael, using the so called grimoire, has come to Laurel for the sake of using the Eye of Akasha for his personal gain.

Though I was thinking that I was doing unnecessary harassment, I must now take advantage of this opportunity.

Now I can clearly show the evidence of his wrongdoing if I ask for the examination of his property and the investigation of the treasure vault.

He might receive some sort of punishment and lost his standing, I suppose.

Even if something like that happens, you reap what you sow and there was no need to pity him.

I left the inn, and went toward Kohl mansion.

The gatekeeper remembered me, and even the talk with Kohl went smoothly.

He had misunderstood that I might have brought a rare item but, I have no need to correct him too.

I met with Kohl and conveyed about the information at my possession.

As for how I knew about it, I skipped the details and passed it as if I was using a certain skill and successfully deceived him.

He didn’t suspect my information.

Since the things mentioned were too concrete for something said by a mere adventurer, it might have become a greater reason for him believing it.

Moreover, Kohl also had slight feeling about it, it seems he got information that there was some abnormal movement in one part of the temple.

That’s why when I came with the details and name of the involved person, the need for conveying things like my secret disappeared. After saying that, I immediately moved and mentioned that I had to stop him.

I left the temple side to Kohl and headed toward Grael.

Anytime, I’ll know his position right away with parasite vision, so it’s suitable for me.

「What the hell is he going to do at that kind of place?」

Having left the temple, Grael is heading to the eastern forest in the outskirts.

He isn’t bringing his attendant.

Grael is going deep into the forest.

He might be planning to use that 『Eye of Akasha』 but, to do what?

Well, whatever. I’ll know when I see him.

Just see, when I catch up with you, I can arrest you red-handed.

And then, make you apologize to us.

I gasped at the image that appeared while I was heading toward where Grael was present.

In that place, the video progressed to an unexpected situation.

Grael stopped deep in the forest and took out the cubical Eye of Akasha along with paper-like material containing the characters that he called grimoire.

And then, when he covered the Eye of Akasha with grimoire, the characters that were written, which might be from an ancient era, suddenly transcribed on the cube. The cube, which was black in color, started to shine brightly as if it was bathing in the light.

「Is that something like a spell to activate？ It’s not only used to record, there’s also another function――」

Suddenly, something like a white hole appeared in the space behind the cube.

And then, I saw it spitting out swords, spears, bow and arrow, and gold coins.

「I did it――Hahaha！ I did it！ I’ll get everything with this！ Power！Money！Kukukuku, everything is as planned！ 」

Grael’s laugh resounded as he gazed intently at the hole in the air.

Eye of Akasha―― I have heard about its recording function but, it seems it’s not that simple.

Guessing from what I see and know, using the words from the grimoire, I think that its true ability might be beyond human comprehension and what is already known about it.

Its true power might be to create something from nothing.

The Eye of Akasha continue to summon desires as reality.