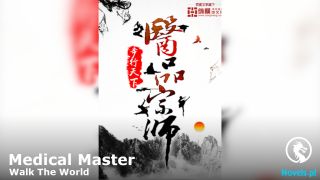 «I Leveled up from Being a Parasite, But I May Have Grown Too Much (Web Novel) - Chapter 55 - Unexpected Drinking Buddy

「He~, so there’s such a connection between you two. That surprised me.」

Phillipe and Kohl unexpectedly were acquaintances already. Kohl laughed heartily as he heard my words.

「HAHAHA, even if it’s me, it just means that there’s an excellent magic tool maker I chose to save. Even today’s visit is to receive such judgement. Though I wish to revise it, it looks like it won’t be finished by tod――」

Phillipe blew some air up on the beautiful bracelet with a wind tool, thereupon did a check on the minute details with a magnifying glass and nodded in satisfaction.

「It’s done. If you use it, you can nullify almost all of the nullifying spell’s effect*. It’ll be useful when you’re against an opponent who possesses something like magic resistance.」

With pale yellow color with a tint of silver and smooth matte texture, the bracelet felt as if it was familiar with your arm but still gave a powerful feeling on wearing it. My parasite will be unstoppable with this and, I can use sorcery as much as I want. Definitely, a magic tool that suits me perfectly.

「Report how you feel when using it later.」

「Yeah, understood. Though you said it’s free, if I want to pay for it, just how much would the market price for it be.」

「You can pay according to your own convenience. I’m currently satisfied, I do not care about such trivial matters.」

Phillipe stood from his chair and started stretching his back. After filling his cup with water, he drank it at once with a contented face.

「Hou, that’s an amusing bracelet huh. Will you let me to see it for a while？ 」

As expected, he has sharp eyes. I started to explain about the bracelet to Kohl who shifted his attention to my arm.

I showed it to Kohl. After I heard just how much effort and dedication Phillipe had put into it, I wore the bracelet and returned to the inn.

My face unintentionally loosened when I looked at the fitting light yellow bracelet on my left arm. The design of ivy and leaf carved on it was so exquisite that just the appearance alone made me desire to use it. It seems that Phillipe is the type that fusses over the appearance too. Good then.

Nevertheless, I had suffered so much from the beginning of the development till I obtained it. I want to test it quickly to determine just how strong the effect is. It would have been better if the knights had come after its completion. I would have been able to test it, but the timing was bad.

But, I know where they were in this city.

If I looked at the high-class inn in the city or loiter around such places, it seems I’ll meet them there. I am in no rush but, I am looking forward to it.

The next day, I’m searching for the silver knights while purchasing daily necessities. Though, I did expect the fact that I would not find them at once.

I thought that the possibility of finding them will be reasonable since the shopping district is the gathering place for the people. The noble won’t come himself but, since the knight is underling-like, they’ll be taking care of the shopping by themselves.

But the problem is whether they’ll be wearing their armor at such time.

I finished my shopping but, I didn’t see those silver knights. That’s disappointing, it seems that I can’t see them right away. So, for the time being, I’ll go back and search for them after lunch. Thus, I entered the nearby dining room.

And then, when I am scouting for an open table…

He’s right in front of me.

The man who wore the silver armor.

He’s at the table in the corner of the diner, it seems he was eating while enjoying liquor. Though I already expected that they’ll unfasten their helmet, they still wear the armor huh. I guess that is their uniform? Or is it for them to always be combat ready?

I am happy that he appeared just at the right moment, but it’s still difficult to approach him. That matter just happened yesterday. He might still resent me. This is such a rare chance, not going would be too wasteful.

While I was hesitating, the silver knight moved his face and his eyes met with mine. Both of us were momentarily stunned. Even the other party seemed bewildered with my reaction. I decided to lower my head for the time being. Moreover, the other party also lowered his head along with me.

When I slightly approached him, the other party also stood from his chair. The atmosphere to exchange words was complete.

「Ah, yeah. Thank you for yesterday.」

Both sides terribly fumbled around with how to greet the other party. What’s with this atmosphere.

「Iyaa, it’s really cruel you know, even the other day, I was summoned late at night――」

It became a development which is totally different from the one that I thought. When I started talking to him, he had just started to drink. When the alcohol entered plenty enough, the silver knight entered grumbling mode, moreover, I was reduced to become a mere machine who gave an appropriate answer.

「Yeah, that’s really troublesome, you know. In reality, that mind ignorant to the common sense is just, haaaaaa……… Nevertheless, the previous incident is quite regretful, for us to suddenly rush in…」

「No, don’t mind it, I’m already okay with it. I’m sorry for throwing you too. Are you injured？ 」

「No, I’m okay. Bacause my only redeeming feature is this sturdy body of mine ！ 」

The knight who took off his helmet was giving off an appearance that could be termed as a good and refreshing young man. His age isn’t that much different from mine probably. His face had turned red due to the liquor and spoke with a loud voice.

「No, I really apologize for that. Grael-sama’s selfishness is to the point that even we are at a loss to determine what to do. Even so, disobeying him with our position is……… I’m really sorry for that incident.」

「It’s nothing, please stop it since I really understand your position.」

When I urged the silver knight whose head hung low as if apologizing to raise his face, he raised his face with more vigor than I expected, and his knee hit the table and spilled the food.

Aa~h geez, this is how a daytime drunkard is.

「Though my family isn’t that much prosperous, I somehow managed to get into the government secret agency. I might even make my brothers proud if I leave some achievement, when I think of having a nice life as the noble of some rural land, I forced myself to endure it.」

「That’s quite a troublesome boss for you, right. Aren’t you busy lately？How long will you be staying in this place？」

「Recently, there’s been quite a lot of tasks. Besides moving to various places nearby with Grael-sama, lately I have more devotion than before while investigating about treasures. Things like the way to pull out the power of the treasure, and the meeting along with the temple side going well, it seems there’s some kind of big movement surrounding all this. They say it has something to do with the Eye of Akasha. Of course, I, who’s a mere plus-like convoy person has no knowledge about it.」

The silver knight let out a self-mocking smile. On hearing these words, I recalled Kohl’s words.

『There’s a guilty feeling for troubling someone due to the momentary selfishness of a man. Which means that they’re the one who’s in control of power in government secret agency. So, there’s a worry in their post itself.』

They might somehow or another make their move. And addition, in this city. I wonder what these mysterious things that they’re trying to do are, it’s pricking my curiosity.

I drank the cup with liquor inside while my wild delusion expanded non-stop. Though I do not drink on normal occasions, I’ll drink when I am encouraged a bit. By the way, the silver knight already drank around three times of my portion. For him to drink from noon, he must be quite stressed with the pressure from his job.

「BUHHAAAa~！ Iyaa, it feels great. I’m glad to have reached an understanding with Eiji-san！ Yesterday’s enemy is today’s friend, right！ 」

「EH? Ah, of course it’s true. Come to think of it, if you came to this place for investigation, are you going to labyrinth？」

「Please be careful, the monsters become much stronger for every layer, because there’s also the transfer trap, it’s better for you to gather information regarding this kind of trap to at least the bare minimum.」

「OOOoー、Thank you very much for the adviceー！」

His tension is really high. Even his character turned to be unusual.

「It’s okay, there won’t be any mistakes. I’ll be watchful in the same way as this armor. Even so, thank you for the remainder！ 」

And then, our conversation went on for a while after we finished with our lunch. And then when I leave my seat, I presented my hand.

「By all means, please treat me well from now on.」

As we did a handshake naturally―― I invoked my parasite skill. Though I sensed a repulsion for a moment, that feeling disappeared in a moment. And then, parasite, SUCCESS.

A golden thread of light connected my hand to the hand of the silver knight. Anti Dispel succeeded. Parasite info also operated to give me the information about the knight.

Truly sounds like an advance job, this seemingly could be a powerful one. I’ve gained a new class after a long time which looks like a strong one too, it seems that it was worthwhile to make the bracelet.

We left the store together as both of us were satisfied in different ways.

Though his step was tottering after we separated, since his defence power is high, he should be okay even if something happened to him, yeah.

The next day, it appeared mid air when I was reading the loaned book in my room.

「It came right away」

The knight had definitely entered the labyrinth.

The government secret agency is saying something like “dungeon is also their jurisdiction”, the more they fought in this manner, the more it will give a conspicuous raise to my new class.