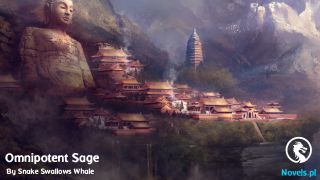 «I Leveled up from Being a Parasite, But I May Have Grown Too Much (Web Novel) - Chapter 46 - Maybe It's Called Ineffective Effect

The next morning after we went to the ruin.

I woke up a little earlier and headed towards the public bathhouse.

Since I won’t fall asleep in the bath even if I’m tired, I thought that I might take a morning bath. Ally got hold of a certain information that there’s a bathhouse in this Snori.

She then decided to try the bath house of this village since it’s the first time.

Since there’s no mixed bath, the entrance to the bathhouse is different with Ally.

There are several bathrooms and dressing rooms and several variants of hot water are being prepared.

The wall is giving off high class vibe with tiles-like polished dark stone.

Nevertheless, whether it’s the one in Laurel or here, I can say that the people of this country truly love to bath. Ha~ah, what a relief.

After I washed my body and just immersed myself in the most spacious bath tub, a voice called to me from behind.

「Phillipe, why’re you in this kind of place?」

On that place was the magic tools maker, Phillipe.

「Why？ Is there any reason except from entering the bath tub」

I am a bit somewhat angry at him who became quite handsome with that.

「By the way, it’s not something like that, I want to know the reason why there’s no bathtub in Snori.」

「Ah, so it’s about that huh. If it’s you, you’ll know when you arrived to this place.」

「Yeah. I know about the request you received, the inn you are staying at, and the store you stop by.」

This person is bad news.

「No, it’s scary but I don’t want being followed by someone.」

「Even if you say that. What’s the secret to bringing back such raw material, where you get such goods supplied from？ It was for the sake of investigating that. Since the magic tools that I make from now on will become more interesting if I know about that. That’s why I’m interested in your action.」

I see, the action of a pro craftsman[artisan] ―― is too mysterious.

I almost told him to stop that if he didn’t give explanation before.

Pro craftsman…… Come to think of it, could it be that Phillipe belongs to some sort of class?

If I have some sort of craftsman type class, I might be able to make something simple by myself if I learn that.

I making use of the parasite and somehow attached it to Phillipe.

The information that was passed to me by Parasite Info is 【Magician 25】.

Magician huh. Though it does have some sort of relationship with magic tools, it’s not a class that I didn’t have.

Even if the level is high.

Maybe he does something like gathering the raw material in a place which has monsters by himself.

When I change my line of thought and start to look at him, Phillipe does have a big and brawny body.

Though one will think that his class isn’t physical type when they hear magician, even his neck is full with muscle.

「Nothing, let’s just say that somehow Phillipe is splendidly against the image of the one who makes magic tools.」

「Making magic tools involves a considerable amount of physical labour. There is also a lot of rough and unrefined work present behind the delicate work.」

As expected, maybe I can say that there is several such things in the society.

When I think about such things, that lump of muscle enters the bath next to me.

The hot water from the bathtub is overflowing and spilling on the floor.

「You have come too huh, Eiji.」

George apparently has come too after finishing with the night request.

After groaning due to the good feeling, he is greeting with a hearty voice.

「Taking a bath after finishing a request is the best, hahaha! How about you？ 」

「Hou, an adventurer of your acquaintance? My name is Phillipe. A magic tools maker. If you’re acquainted with this fellow, didn’t he carry something like rare raw material of magic tools? 」

「N? Phillipe? Oh, it seems there is nothing like that. Magic tools shop――」

George and Phillipe started a conversation with me between them.

I, who left the bath when I felt the blood raising to my head, is meeting with Ally, and then returning to RisaHaruna’s place, the client who commissioned for the investigation of blood sucking incident.

We’re going to briefly reporting about the ruin.

「That’s why, the coffin was safely discovered. This is the fragment of the coffin.」

「Certainly, it’s appears to be that. How was it？ Your impression about the ruin.」

Just like in the beginning, we’re reporting while served with tea.

While hearing our story with great interest, RisaHaruna, who asks questions once in awhile, is looking at the fragment of the coffin from various angles.

「The psychic phenomenon was truly a disaster. It’s scarier than monsters in some way.」

「Ghost huh, it might be the deed of the poltergeist. I’m more surprised that it can make a sound, though bottom of the lowest class monsters can’t harm the human, it seems I really made light of it, right?」

Ally and myself exchanged glances with complicated expressions.

Though we had drown into that level of panic, when it’s true nature was something like the bottom most rank monster, there’ll be this kind of terrible sense of defeat.

「Though it was truly a disaster, what is the content of the coffin？」

「Empty？ ……Did you noticed something else?」

「That’s right, we noticed that there’s a scratch on the lid of the coffin.」

「On the lid of the coffin？ Will you tell me more about it?」

「There are countless scratches on the inner part of the lid as if it was made by something, but since there’s nothing inside, we think that it might be scratches made quite some time before.」

When RisaHaruna’s heard my words, she frowned while smiling and started to ponder about something.

Placing her hand on her lips, she is thinking about something with her head hanging down like a detective.

A short while later, she slowly raises her face as if nothing happened.

「Is there something wrong？」

「It’s nothing, I am just a little worried about that coffin. Though it seems an investigation is needed afterward, the commission that I gave to both of you has been completed. Both of you mustn’t go to the ruin again.」

「I see. Though I’m worrying about something in there, it’s just an act of unrelated monster to vampire since there’s really nothing in there.」

「Yeah――Maybe. At any rate, my commission is completed with this, since I could confirm that there’s really nothing in that place. Don’t show such a worried face. If you’re that worried, feel free to investigate. I have no right to blame you for that. I’ll be really happy if everyone goes as a volunteer.」

RisaHaruna is raising the corner of her lips while making such a joke.

I can see that as befitting of her age.

We also laughed and then we finished the commission by receiving her sign at the end of the document.

Though it certainly is weighing in my mind, it seems there’s really nothing in there if RisaHaruna said so.

This request is finished with this commission.

Even so, there’s something that is weighing in my mind.

About how RisaHaruna is truly well-informed about the Vampire ruin right.

Though she said that she is investigating about it, I wonder why a normal villager is examining to that kind of detailed information.

Though it’s not like that I don’t know the reason if she’s an adventurer―― Maybe it’s a pattern like “She is a former adventurer who is currently retired”.

While RisaHaruna and Ally doing a handshake as an eticquette after finished a comission.

It seems to be my turn next, the timing is just right, so I decided to plant a parasite to investigate RisaHaruna.

I invoke my skill and, seize RisaHaruna’s white ha――nd, eh？

「What’s matter, Eiji. Are you that reluctant to part way？ 」

To Risa Haruna’s voice, who seemingly is teasing me that I didn’t want to release her hand no matter what, I released her hand in panic.

And then, I left Risa Haruna’s house along with Ally who’s smiling as if it’s funny.

But, on the way back to the inn, I’m not laughing at all.

I couldn’t latch the parasite.

When I used the parasite skill on RisaHaruna, she did not give any feedback at all.

That is just like the time when I latched it on a plant, an animal, or a monster.

If you think about it, it was strange.

The commission to confirm that there’s no Vampire.

How can in such an unknown investigation, she can come up with awfully precise details about the place where the vampire lived?

Don’t tell me, RisaHaruna is, she is―― a vampire.

Because we’re going to do a little sightseeing in Snori, we decided to stay in Snori for the day.

I slipped out of the inn in the midnight.

「……Don’t tell me she really will leave.」

My destination is, RisaHaruna house.

When I’m lying in wait under cover, RisaHaruna was coming out of her house.

After looking at her who is checking the surrounding, she starts walking towards somewhere.

I invoked a skill to erase all kind of signs when walking, and started to stalk her.