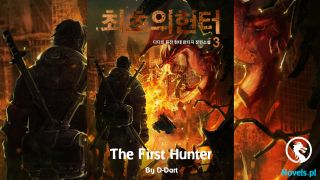 «I Leveled up from Being a Parasite, But I May Have Grown Too Much (Web Novel) - Chapter 4 - Leveling Up the Parasite Class

Chapter 4 - Leveling Up the Parasite Class

It seems that my level is going up?

Did I do something?

I opened my status window in panic.

「I’m sure that my level has gone up… Ah」

When I was thinking about what is happening to me, my level has gone up again.

I’m serious that I haven’t done anything, seriously what is happening.

I’m certain that as you go defeating monsters, the power of these existences will transform into experience and you class level will rise up, but I have never done anything to these monsters…

I turn my neck towards the labyrinth entrance.

It’s possible that I have already understood the true colors of this skill.

I didn’t defeat monsters and I didn’t go towards the place where the monster are.

But, isn’t true that there is one? There is a person who is connected to me, and that person is in a place where the monsters are coming out.

While I observe the labyrinth, I sit cross-legged in the grass.

And while I wait quietly, it happened again.

This is, I’m earning experience from the infected person. The parasite skill allows me to level up.

It’s amazing. If I have this, then I can level up my class without having to work.

And far from have to be together, I might be able to become stronger with only sleeping in a faraway place.

Unexpectedly, this skill which it is of my preference it’s rising my tension. And while I sat down in the comfortable grass feeling extremely good, the display has appeared again.

A new skill came out!

This means that as the name mentions, I can use the skill two times at the same time?

If there are two, it’s natural for my experience to multiply. This is wonderful.

Immediately I headed towards the entrance of the dungeon.

And since it was the perfect time as people were going into the dungeon, I pretend that I stumbled upon them when we passed each other. When we collide, I touch the other party with the back of my hand.

「Haha, you are tired from exploring the labyrinth? Be careful」

The man with the warrior outfit, said lightly and he headed towards the dungeon.

In his back it was the mark of light. Success.

After I took some distance from the dungeon, I start to concentrate and then two threads of light appear on my hand. Though it seems like it would disappear if I were to extend it a bit more. but surely, without doubt, those two people were parasitized.

And as a proof, after a while, my parasite’s class level went up to level six. Although I thought that as my level rise, it would become slow to level up, but it must be because I now have the experience of two persons that I’m yet leveling up fast.

But even so, I think it has become really fast, they must be fighting with powerful monsters.

Well, I don’t understand what is happening inside. Other than that, let’s test something.

I turn my back to the labyrinth, and I head towards Laurel town.

It’s because there is something I now want to try. It’s not bad to want to know more about my greatest strong point which is the only skill I have right now.

And that is, whether or not the skill is effective even if I’m away from the objective. If the parasite skill will work even if I’m far away from them or I need to be in a certain distance, or if after some time the effect will stop working.

First I’m going to take distance, and that’s why I’m returning to the city, but even so there is no sign that it will disappear. At last I returned to Laurel town, and the parasitism of the two still remains. It seems that it continues even over long distances.

This is an extremely good result.

Even if I’m in the town, the effect of the skill that I placed on those two persons who went to the labyrinth it will not lose its effect.

I found a vacant land, and while I was taking a carefree nap mixed among the townspeople, I checked my skill.

And as result, I understood.

First. When I want to confirm to whom I’ve infected, I only need to think and the appearance of the person I have infected is projected in my eyes.

Second. If I pray to stop the parasitism, I can stop it. And I don’t have to be necessarily in contact with them, I can cut the thread in any moment I want.

But it was impossible to infect them again immediately. It’s likely that I need to touch them in the same way as before.

Third. I can only parasitize up to two people.

When two people are parasitized, even if I try to use more power, I can’t. However, if I release a person, I can use it again, so I can change the host as I please.

It’s a skill specialized in parasitizing other people to level up your class, it’s a nasty class.

While I was examining the skill, my level has gone up again. Even my level is now 7, if I continue in this way, in a blink of an eye I will become strong.

My hope has emerged.

My motivation has emerged too.

Now I have the feeling that I can live in this different world.

After I have examined the skill until I was satisfied, the day was beginning to get dark, so I went to look for a inn.

Because there are many people aiming to the labyrinth, there are numerous inns. That’s why finding an available room in a inn was really easy. I have immediately paid for seven days of lodging.

The room to which I was led was not so wide, but that everything was in order, and also that it looked clean made me happy.

Does the transfer to another world goes hand to hand with the fatigue, or it may be because I walked a lot that now I’m tired? I threw myself on the bed as if I had collapsed and suddenly I fell asleep.