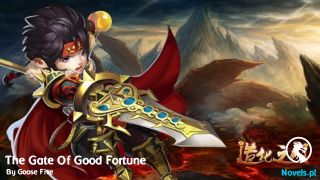 «I Leveled up from Being a Parasite, But I May Have Grown Too Much (Web Novel) - Chapter 11 - Rookie's Expectation

After having defeated the two wolves from the subjugation request, I ended up advancing deeper into the forest. Laurel Wolves appeared once again, but I ended up killing them easily.

Seeing that, Veil nods in admiration.

「It’s amazing, your skill with the sword. It’s fast and strong. With your speed as a selling point, the wolves doesn’t have any chance. Moreover, you are aiming at their vitals, I don’t know why you were hesitating」

「I’m the careful type, I didn’t even know the true strength of my opponent」

「Even so, there isn’t much danger in a F-rank request. It must be that you have trained many years without even experiencing a real combat?」

Actually, it was about one week!

Let’s put that aside for now, I want to hide the fact that I have a strange skill. I don’t want to stand out too much.

「It would have been better if you had your debut much earlier. But well, at any rate you seem that you will be fine. Let’s go separately, in that way we can defeat them more quickly」

「With your strength you will not have any problem. It’s also important to finish the work quickly! That’s why I will be going this way. I’ll leave that place to you」

As soon as she finished talking, Veil ran off to left. She has the type of personality, that when she is thinking about something, she does it.

But well, I think everything will be alright with this request, it’s really easy. Let’s go to defeat these wolves.

I went to the right path.

I’m not against finishing this quickly. Twenty heads are required for this subjugation request, and I need to find ten.

After advancing for a while, this time I met with a group of five wolves.

And like you expect, their numbers were a lot this time so it wasn’t possible for me to finish them all at once.

I invoke the magic arrow from distance, a preemptive attack.

When the arrow pierced through its head, the Laurel Wolf was defeated, but then, the remaining wolves, waiting for the perfect time, attacked all together.

Again, another magic arrow was invoked and with it, one wolf fell down, and now only three remain. I was able to get rid of two before the other wolves approached.

I cut down the two wolves that passed next to me that were trying to tear me apart, and now only one remains.

The last one with its sharp claws came with the intention of tearing apart my throat, but I stopped its attack with my sword, and in the next moment I used my sword to cut it.

In the surroundings are the bloody remains of the Laurel Wolves corpses.

The circumstances to finish them were good. Now I’m a step closer to finishing the request.

And it’s more, I have a lot of magic to spare and also stamina.

When I use magic, it uses magic power, and when I use a physical skills my stamina is consumed, but the two of them have enough to let me go ahead. I can continue fighting with ease.

At that moment, I felt something cold in my cheek.

When I immediately turn around to look from where that weird presence is coming, what was there was a figure of a wolf completely different from the others.

It has a silvery fur, and its two times bigger than the Laurel Wolf I have encountered until now. This wolf also has eyes like they were of sapphire.

I look into its red like blood mouth, the wolf is baring its fangs while staring me.

I was lucky, if I had taken a little longer, the first movement would have been stolen.

And at the moment when I put myself in position, the silver wolf took an unexpected action.

From its open mouth, a breath of ice was thrown at me.

I was able to evade it jumping to the side.

After almost have received a direct attack, when looking behind me, a trunk of a tree was frozen and was full of holes, and while making a noise it fell down.

What’s with this power, there is even a wolf using something like magic, I never heard anything about it.

Or rather, it seems that this monster has a completely different appearance to the others?!

The edge of my clothes are frozen and are being destroyed. I was really in a pinch there. If it has the power to break a tree in one shot, I can’t relax my guard. Don’t be so full of it, let’s put some fighting spirit!

At the same time after switching my switch, once again the silver wolf threw a breath. But this time I evaded it easily, and going around the wolf, I approached.

Even though it’s a really dangerous enemy, it isn’t at the level where I can’t defeat it. I can see its breath if I stay calm. It might be the boss of the wolves of this place, but I will cut it off with all my power.

Thanks to the fruits of my effort of staying for many days in the inn, I was able to learn my recently acquired skill 【Boost】, and when the skill it’s activated, for temporary period of time, my body is strengthened!

With my sudden increase of power and agility, receive my blow!

After I suddenly approached to the wolf, I evaded the fangs that were trying to bite me, then I seized the chance and used the skill 【Strong Attack】when the wolf extended its neck, and with the increase of even more power, I slashed downwards with all my might.

It was a short time, but as something similar to a blizzard appeared, his last moments ended, and so, the silver wolf life ended disappearing.

I managed to do it somehow.

Even though something unexpected happened, if I use my skills I will be able to handle it somehow.

As expected, it was good that I ended learning many skills of different classes, and if I continue using them without fail, I can fight considerably well.

I’m more than satisfied, while I was thinking like that, I saw the figure of Veil coming from between the trees.

When I wave my hand toward her, she increases her speed, and so, we were once again reunited.

I report to her of my results.

「I was able to defeat a considerable number, six wolves」

「But somehow the fur of one of these wolves was a little different, it can even use magic, it was a special one」

「What could have been that… Veil?」

Without speaking a single word, Veil with the mouth partly open has become hard.

When I was thinking what has happened to her, I follow her glance and I realize that she is looking at the silver wolf.

「Aah, that was that strange monster」

「Hee, it has that type of name. It caused me many problems, but I was able to do it somehow」

Veil was standing there as if she were frozen, and with some clumsy movements, she turned towards me. What? What is happening?

「I thought so. I did something I should not?」

At the next moment, as if Veil had been defrosted, she jumped toward me, and with her hands over my shoulders, she continued talking.

「Is not that you did something wrong! This was a C-rank monster!? Perhaps one of the best adventurers that are usually in the town would be able to fight somehow equally」

It really was a dangerous guy?

「Even cutting its neck in two with one stroke, and I have never imagined that it was possible to do it with such sword. The fur of this is hard like steel, so normally you wouldn’t be able to defeat it without magic」

Surely this wolf compared with the others, this had a much faster reaction, that’s what I thought, but I’ve cut it in half?

Not only Veil is surprised, I am too. Veil is intensely staring my face.

「…It’s amazing, Eiji. You were so strong」

「No, maybe I just was lucky」

「You don’t have to be so modest, if something is amazing then you have to say that it’s amazing. …I have to thank you. If it had been me who had met this Cocytus Wolff, I would have been finished. It would have been impossible even for me to escape. If I had come to this place to complete the request without Eiji, I would have died. You’re the person who saved my life, thank you, Eiji」

Veil grabs tightly my two hands, and she bows as if she were praying.

Eventually she raised her head, but now, her face has turned red.

「It was somewhat embarrassing. I was even behaving as if I was an important senpai, but Eiji was always the powerful one」

「Not at all! You don’t have to be worried about such things! I defeated the monster, but, seriously, I don’t have any experience as an adventurer, and I didn’t even know anything about the town. You have helped me a lot teaching me various things. If Veil had not been dragging me from here to there, I would have been hesitating for a long time, so I’m the one who has to give the thanks」

I leaned deeply from the waist, even more that what Veil did.

And when I lift my head, Veil was staring at me surprised.

What to do. I’m embarrassed if you look at me like that.

「Even having such power, thank you… Eiji, You’re…」

After that, Veil just stared at me for a long time. Without being able to calm myself all the way, I reported the results of the wolf subjugation request.