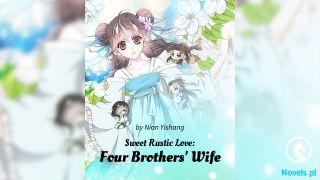 «I Leveled up from Being a Parasite, But I May Have Grown Too Much (Web Novel) - Chapter 107 Again to Unholywoods

If you go to a big dungeon such as the one called Six Wonder, it wouldn’t be good if you didn’t prepare beforehand.

It’s a magic school where you learn many skills, so before heading out, you’ll have to check your status.

I am especially happy about these three skills: Iceball, Snowdrops, and delight because they weren’t learned through parasitism.

One of the objectives of Magic School is non-parasitic skill acquisition. I was only able to learn rudimentary skills, but the fact that I was able to acquire them was amazing.

Now that I know how to do it, I can do it again the next time.

Even if the skill is rudimentary, it can potentially evolve into a heinous power thanks to the superpositioning of stats and buffing (enhancement) of skills.

Other than that, the spirit class and anti-curse barrier I learned from the Shinto priest were already useful. Additionally, I had learned other skills such as Holy Punish from the Paladin, and a skill which adds the power of purifying all malignant spirits with the attack so it will probably be very handy at the Unholy Woods.

My magic craft skill is also leveled up to lv3.

It seems to be a skill that can be overwritten by increasing compatibilities, similar to double parasite, and triple parasite. The more the level rises, the more complex the shape, size, strength, and elasticity parameters can be adjusted.

If you reach a higher level, you won’t have to carry your tools around.

I am now parasitizing Alchemist, Paladin, Mage, and Hunter.

I should start parasitizing the other ones as well.

「It has become more and more useful, as you use it well.」

The display appears in front of my eye and I acquire a new skill for Parasite.

This is…the details of the skill.

It can parasite off of monsters.

Monsters have different powers from humans. Most of them don’t even have classes, but they can develop their own special abilities.

Finally, Parasyte was able to exceed the Bound that only humans have!

From now on, I can make any monster’s special ability mine!

「This will likely rapidly boost my potential! ― Well, I’m so excited, I’m speechless.」

A grownup going crazy in his own room is kind of strange.

No matter how much I try to calm myself down, I can’t help but smile.

Using this and going through the dungeon, just parasite-ing the monsters…

I am very excited about “Unholywoods.”

“I still need some time. Just come back tomorrow.”

Waking up the next day, I checked my stats. After that, I went to Epi’s room to get ready to depart to the Unholywoods.

As soon as I entered the room, my eyes widened.

I did not widen my eyes because Epi was changing and was in undergarments. It was because the room was magically remodeled.

There were multiple small wooden totem poles and a vertical bench that had a bag on top of it. And there are also some bills hanging from the roof. And to top it all off there were some dried persimmons hanging. What is this?

While I was observing the remodeled room, Epi took a dried persimmon and took a bite out of it. Her movements was too natural.

Epi is wearing the elastic cloth that fitness people or people that do yoga wear.

She wore something similar before too so maybe she likes this kind of cloth.

I like them too. They make the body lines clear and are quite sexy so it’s fine.

There probably aren’t many people that can look that good while wearing that.

If I wore it to work I would look ugly.

After haven eaten the first one and while she was reaching out for one more, she met eyes with me. Then she throws the persimmon at me.

“You were staring. Were you that hungry? You’re hopeless. There are so many, I’ll give you one.”

“No, I wasn’t looking because I was hungry”

I took one big bite of that persimmon.

This isn’t a persimmon!!

Prunes are oranges in this world. I learned something new today.

“It’s good, right? This fruit only grows in the Unholy wood. If you dry it, it becomes sweeter.”

“Wow. These are really good. You’re like a grandma.”

“Grandma? I don’t have wrinkles on my face, and my skin isn’t dry. See?”

Epi takes my hand and puts it on her cheek.

As if she wanted to say “See how soft they are?” she looks at me with a smug face.

“Eish. your touching too much”

I went overboard because usually there aren’t opportunities to touch someone’s cheeks.

When I regained consciousness, I saw that her eyes changed from being smug to being shy.

I don’t want to forget this feeling soon so I won’t touch anything for a while.

Yeah, what a great idea, but I do not bend my will.

“Thanks for that. That was amazing.”

She didn’t say anything.

“Well, if I’m going to stay here, I might as well make it like home. So I brought some stuff from home. I feel like I’m home now.”

I can’t relax because there is a mask with some feathers staring at me, but this must be the rooming sense of a Dracula. It’s difficult to understand it as a human.

“It ’s amazing to bring everything out”

I will not rush.

I learned that there was no end to the undead.

“I wonder if you really want to move outside the dungeon.”

We were going to leave the room-suddenly the door opened by itself.

No, not by itself.

The figure of Lisa Haruna was behind it.

Lisa Haruna opened her mouth, timid as usual, “Good morning, you’re ready. Let’s head to Hollywood.” I said lightly, “Are you coming too?”

“If it’s not bothersome, I’d like to accompany you.”

“Why did Gigan know that Epis wants to go?”

“I don’t know exactly what, but my friend, who I’ll be meeting for the first time in over a hundred years, is trying to do something serious. It’s natural for me to want to help a bit.” Lisa Haruna says, so Epis flies to Lisa Haruna at Mach speed, takes his hand, and with an excited voice, exclaiming “Gigan …”

What an emotional sigh… what is that?

I don’t think I have the answer to that.

I asked Lisa Haruna, “Maybe there’s an undead in this town?”

“Hey, do you understand the undead?”

“Even though it was a long time ago, I was still the ruler. I’m more sensitive to the signs of the undead. And no matter how many robes I wear, I will always recognize a skeleton as my family.”

Is the lack of brains a common perception?

“That’s why you can’t just look at the things you care about like the Epis.” Gigan speaks naturally as if it was just a matter of course.

It’s strange that this person thinks something like this is natural.

“That’s right. If Lisa Haruna and I are together, I’m motivated. Let’s do our best!”

“Oh, and it’s not bad to return to my hometown after a long time.”