Support
Random Novel
My Dad Is the Galaxy’s Prince Ch 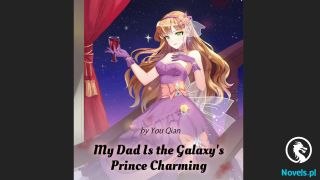 «I Can Track Everything (Web Novel) - Chapter 310: The Deepest Bond Of The Bloodline

Chapter 310: The Deepest Bond Of The Bloodline

Chen Chen waited silently, but he was feeling ill at ease.

Out of trust, she had returned the storage ring and the Little Carefree Immortal Palace to him.

Yet, he used the things in it to escape, which didn’t seem very ethical of him.

However, he convinced himself a moment later.

After all, there was a lot of tension between the human race and the demon race nowadays.

Now is not the time to dwell on some smaller details. If he had to, he could only blame it on the demoness for being too benevolent.

Chen Chen sighed. If this demoness was kind to others, Chen Chen would call her a fool.

However, now that she was being kind to him, he really couldn’t bring himself to say such words.

From another perspective, if he was the current head of the demon court, he would have exterminated himself, the best elite of the human race, to increase his prestige and win the favor of others.

However, the demoness did not do that. Instead, she insisted that he becomes her advisor.

Given the intelligence of the demoness, she should not have done such a foolish thing.

The only explanation can only be that this demoness could not bear to kill him.

Chen Chen shook his head in a complicated mood.

In this world, demons and humans can’t be seen through that easily.

The demoness planned to break the Void Spirit Clan and cause the human territory to open, after which hundreds of millions would die, and Heaven would issue an Adversity-Overcoming Seal as a form of punishment.

However, she couldn’t bear to kill Chen Chen…

‘Is it because of how charming I am?’

The more Chen Chen thought about it, the more uneasy he felt. He contemplated, ‘If I ever get the chance to kill this demoness in the future, should I do it or not?’

Otherwise, it would be a letdown to the countless humans that had died.

However, if he killed her, he would feel indebted and sorry.

Chen Chen looked up at the sky, the corners of his mouth curling into a bitter smile.

He said that she was being too kind but so was he. There were some things that he clearly knew he should do, but he realized that it wasn’t that easy to do so.

“Sect Master! I have an urgent matter that I need to see you for!”

“I’m not in the Demon Court, wait until I return.”

Yao Qing obviously did not realize that Chen Chen was testing the waters so she replied very quickly.

Upon receiving those news, Chen Chen heaved a sigh of relief and summoned Green Bean again before carefully opening the various seals of the court. He then took out the Void Transcendence Boat.

Chen Chen felt rather helpless while sensing Lao Hei who was sleeping in a certain spot in the Demon Courts.

Lao Hei was now in the center of the Demon Courts, surrounded by a bunch of Demon Emperors. It was almost impossible to snatch Lao Hei away.

“Lao Hei is doing well here, I’ll snatch him back when I become stronger in the future.”

Chen Chen comforted himself and boarded the Void Transcendence Boat, which shuttled out of the Demon Courts with a whoosh.

In an instant, dozens of Demon Emperors were startled at the same time, and they flew above the Demon Courts.

Looking at the light and shadow in the distance, the group of Demon Emperors subconsciously wanted to chase but were stopped by someone who suddenly called out.

They then returned to their respective residences.

Soon, only a slim figure was left in the sky. In the dark of the night, he seemed extremely forlorn.

In the eastern territory of the demon race, there was a large patch of snow on Mount Beimang. Yao Qing was walking towards the top of the mountain unhurriedly against the wind and snow.

At this moment, she seemed to have suddenly detected something and stopped in her tracks.

After muttering softly for a while, Yao Qing continued advancing. Soon, she arrived at a certain inconspicuous cave at the top of Mount Beimang.

The wind and snow in the space suddenly became chaotic, and an invisible pressure completely blocked Mount Beimang.

With a loud, explosive sound, the entire cave exploded, and Wu Ling looked at Yao Qing in disbelief, his face as pale as a sheet.

“I… I’ve clearly lost my Heavenly Diabolism communication token, how did you manage to find me?!!”

Yao Qing said calmly, “The world is so big, how many things can you know?”

A hint of panic flashed in Wu Ling’s eyes as he heard this, and he said bitterly, “Sect Master, can you give me another chance? The reason I did that in the first place was for the half-demons. I wasn’t being ungrateful. Sect Master, I think you probably understand how I feel. After all, Botanic Demons, just like us half-demons, have never been treated kindly by humans and demons…”

Yao Qing nodded slightly and said, “Of course I understand, but I don’t want to let you go. You should have known this from the moment you betrayed me.”

Wu Ling’s aura surged immediately after hearing that, and a pair of wings that were more than a hundred meters long covered the sky.

‘I don’t want to die yet!’ As the only Void Refinement realm powerhouse of the Half-Demon clan, the clan would be completely hopeless once he died. From now on, he could only hide among the two clans and live a life of misery.

“Sect Master! I’m the only Void Refinement realm expert under your command! If you let me stay alive, I can…”

Before Wu Ling could finish his sentence, the entire North Mount Beimang began to tremble.

Wu Ling’s corpse was beside Yao Qing’s feet, and his face was covered with despair and indignation.

Yao Qing looked rather composed as she secretly refined her essence soul and her physical body at the same time. After the massive power circulated in her body, it turned into two drops of Ancestral-Returning Blood that appeared in the center of her palm.

Looking at these two drops of Ancestral-Returning Blood, Yao Qing muttered with an icy cold gaze, “I was too kind in the past. Now that I’m thinking about it, changing a strategy might work.

After saying that, she put away the two drops of Ancestral-Returning Blood and vanished in the snow and wind.

As the sky gradually brightened…

Chen Chen finally escaped back to the human territory. Looking at the familiar Western Border, his heart was filled with a sense of security.

Before he could return to Wufeng City, the divine sense projection of the Jade Tripod Alchemy Clan master had already descended and appeared in front of him.

As soon as he said that, Chen Chen felt an immense and incomparable divine sense scanning back and forth over his body. He was obviously trying to check if there were any more issues with his body.

Chen Chen’s face reddened and he asked softly, “Grandmaster, have your flames returned?”

“It’s back… I didn’t expect it to be so unreliable, but it’s my fault for not disciplining it.”

Hearing this, Chen Chen heaved a sigh of relief. ‘Good that those unreliable flames have returned. If I lose it, I won’t be able to bear such a huge responsibility.’

While they were talking, Xia Xishuang also arrived. Seeing that Chen Chen was completely intact, her eyes reddened, but she eventually suppressed the misery within her and smiled.

Now that her Dao partner had escaped a close shave with death, she really didn’t want to show her weak side.

There were also some human cultivators that Chen Chen had never seen before.

At this moment, all of them were smiling with relief.

Seeing this scene, Chen Chen felt a warm and fuzzy feeling in his heart while his confusion dissipated without a trace too.

Some things were ingrained in him by nature.

Since Wu Ling was a half-demon, he had to spare a thought for the half-demons.

As a human, he naturally stood on the side of humans.

In this world, some things can be betrayed, but one should never betray their own race because it’s the deepest bond of the bloodline.