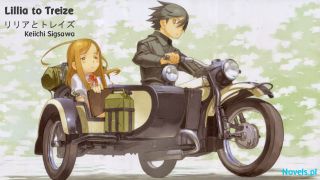 “Roar…” The Magic Beast screamed as the Earth Arrow penetrated its body completely and it fell in a pool of blood.

“It would be great if Junior Sister was here. If she was here, these Magic Beasts wouldn’t be a problem at all. If she was here…” Tian Kui suddenly put his hand on Rong Xin’s shoulder. “Tian Kui, Yun Feng still has her own business. We can’t drag her down.”

Tian Kui shook his head. “The reason why the five elders didn’t contact Yun Feng is because they didn’t want Juxing to hold her back. She has to continue moving forward. Her achievements will be higher than any of us!”

“I know, I know all this!” Rong Xin suddenly roared. “I’m just saying!”

Rong Xin was startled and burst into laughter. “You’re right! Senior brothers should be protecting junior sister! This time, it’s time for us to show off!”

Tian Kui and Rong Xin looked at each other and burst into laughter. This time, they would protect the Juxing School! Feng Yun, we won’t let you down!

Time passed quickly. In the cave that was in the depths of the Innocent Forest, the eyes that had been closed trembled slightly. The five-color halo around her also darkened in an instant. Her long and curled eyelashes trembled quietly and the five-color light also gathered quietly, slowly entering the girl’s slender body.

She opened her black eyes! A beam of dazzling five-color light flashed through the girl’s eyes!

Yun Feng took a deep breath and felt that her body was getting lighter and lighter. She slowly stood up. The world seemed to have become purer and more complete in her eyes. She seemed to have seen through the entire nature. Er Lei, who was guarding outside the cave, also opened his eyes abruptly with an unbelievable glint in his eyes. Half a year. She had made such achievements in just half a year. This was a bit…

Yun Feng smiled and clenched her fists hard. She felt that the mental strength in her spiritual space became purer and purer, like sticky blood. Every drop contained infinite energy. She looked outside with her black eyes. Yun Feng couldn’t help but smile when she saw that Er Lei’s appearance was still messy. She walked out slowly. Before Yun Feng opened her mouth, the fatty, who had been hiding in the dark keenly, wanted to leave, but the fierceness in Yun Feng’s eyes made him freeze on the spot. It was too astonishing. In just a year and a half, the cultivation speed of this human was too… too inhuman!

“Get out here!” Er Lei shouted furiously as the round fatty quickly rolled out. Seeing Yun Feng, he immediately said everything in a gibberish. Yun Feng’s expression became more and more awful the more she listened and her black eyes also became gloomier. In just a year and a half, Juxing had suffered such a huge loss and she didn’t know about it at all!

The fatty stole a glance at Yun Feng’s expression as he spoke. When he saw this, his voice became softer and softer. In the end, he simply stopped talking. For some reason, this human made him more fearful right now, deeply fearful! Such cultivation speed was even considered unusual among the Magic Beasts!

“Go. It’s just the Wei family.” Qu Lanyi walked out with a slightly gloomy face and said softly. Yun Feng turned around. “I’ll help you deal with these things.” She showed the rings she found on Leng Mi’s body. Yun Feng smiled in relief and nodded.

“Alright!” Yun Feng turned around and walked out. Er Lei stood there and shouted, “Yun Feng! You don’t want me to follow you?”

Yun Feng turned around and smiled coldly at Er Lei. “Do you think you’ll be left behind? I believe you could’ve told me this news many times in that year and a half.”

“Other people’s business has nothing to do with me!” said Er Lei in disdain. Yun Feng frowned and didn’t say anything else. Never mind. “Let’s go. Keep up!” Yun Feng turned around and said as her body instantly disappeared. Er Lei grinned and followed her with a laugh. The two of them soon disappeared.

The fatty stood there and glanced at Qu Lanyi. Qu Lanyi didn’t even look at him. He turned around and walked back to the cave. The fatty looked conflicted. Damn it, she had occupied his nest for almost a year and a half. Was there no end to it? He panted a few times angrily. In the end, the fatty could only grunt and roll out again.

Yun Feng took out the Sound Transmission Jade that the Fifth Elder once gave her. She infused her mental strength into it and the Sound Transmission Jade suddenly lit up. Yun Feng held her breath and waited for the Fifth Elder’s reply. What Fatty Yun said just then flashed through her mind. How would Juxing be hated by the Wei family? Wei Ting’s death was clearly caused by Leng Mi of the Star Cloud School! Why would the Wei family point at Juxing? What exactly went wrong? The reason why Yun Feng didn’t tell the world that Leng Mi killed Wei Ting back then was that her words weren’t convincing.

She was just a disciple of the Juxing School. Even if she was a genius, so what? Her status and reputation were far inferior to that of the elder of the Star Cloud School, Leng Mi. Even if Yun Feng told the truth, nobody would necessarily believe her. Besides, she was too young in the eyes of these old people who were too sophisticated. In the Central Region, Yun Feng’s words weren’t very convincing, so she directly saved herself the trouble.

Yun Feng didn’t expect that Juxing would be so severely damaged. The Wei family attacked with their Magic Beasts without caring about their lives. Even though she didn’t see the current situation of Juxing, Yun Feng could more or less imagine it! The Magic Beasts of the Wei family must be at the King Level, or even the Emperor Level. How many disciples of the outer and inner campuses of Juxing could resist an endless number of beasts? Also, how were her brother and Tianqing? If they were injured at all… Yun Feng’s black eyes couldn’t help but become fiercer. The Wei family, it’s time for me to clear my grudge with you this time!

Er Lei was stunned. “Of course I can, but I just want to confirm it!”

Yun Feng chuckled. “I’ll let you confirm when I have the chance. The Magic Beasts of the Wei family can be used for practice. I haven’t been active for a long time.”