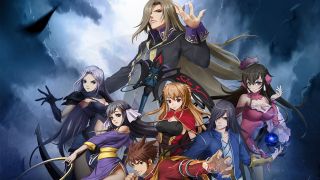 «Extraordinary Genius (Web Novel) - Chapter 1251 – These are all weakened versions

Chapter 1251 - These are all weakened versions

From a short-term perspective, authorizing the Chinese manufacturers will affect their profits and increase their technologies. But in the long run, they can suppress Bing City Machinery Manufacturing Group and led the Chinese automobile industry on the wrong path. It will make them more dependent on joint ventures.

Because of the sudden appearance of joint ventured cars in China, Songjiang Motors lose their market shares. If these cars are all developed by Chinese manufacturers, it would be great for China’s automobile industry.

But these are all joint ventured cars. The Chinese manufacturers are all blinded by the profits. Some people know this strategy will affect their future developments, but they are unwilling to give up the profits. They felt they can use the profits to develop their own cars.

If these joint ventured cars are exported, it will not be a problem. But the profits are from the Chinese, and the Chinese manufacturers still have to split with those overseas manufacturers.

Since this is the case, Bing City Machinery Manufacturing Group responded with a countermeasure. It’s time for Songjiang Motors to introduce an upgraded version of the Songjiang Olympics!

The new Songjiang Olympics have upgraded its suspensions, noise reduction, lower petrol consumption, bigger interior space, and have better safety features. It also has three different tiers and is slightly pricier. Compared to the new models of joint ventured cars, it still has a price advantage.

Also, these joint ventured cars are all considered old models. The imported cars of the same model all have better specs. But compared to Feng Yu’s previous life, these models are much better.

The Chinese automobile manufacturers are shocked. Songjiang Motors have just launched their pickups and new Oriental Deer. How come they can introduce a new Olympics?

What made them speechless is Songjiang Motor’s product launch. It’s fine for Bing City Machinery Manufacturing Group to hold a grand and lavish product launch ceremony. But why must you all keep using our cars to make comparisons?

Also, you mentioned our cars’ safety ratings are not as high as announced. This is not incorrect. Our models are tested overseas, and it should be your equipment are inaccurate.

The Chinese automobile manufacturers started calling Li Mingde to protest and even complain to Chairman Wang. But Li Mingde took out a report and data to show those models authorized by the foreign brands are weakened versions!

The same models do have those safety ratings. But the models authorized by the Chinese manufacturers are different and cannot reach the same standard. These are the results of Bing City Machinery Manufacturing Group’s tests. If you all don’t believe us, you all can conduct the tests yourselves.

The Chinese automobile manufacturers are furious!

The models you all authorized to us are all weakened versions and have safety risks. This is using defective products to fool us!

These people all claim to be experienced but are fooled but those foreign brands. If it’s one or two people, it’s still fine. But now, all of them are fooled. This is a national disgrace!

What Li Mingde said next is like slapping all of them in the face.

“Our Bing City Machinery Manufacturing Group have donated 240 million USD to our country’s Olympics Games committee. This amount is from our company and shareholders. To be honest, this sum of money can be used for our promotions, and all of you will suffer massive losses! But we did not do this because our shareholders are also Chinese. The money we earned is to help our country. We are making money from overseas and using it to invest and donate back in China. This is to help our country progress, unlike you all! Hmph!”

The automobile manufacturers’ heads’ faces turned red. They know Bing City Machinery Manufacturing Group does not want to go against them. Otherwise, they can start a price war, and all of them will suffer massive losses.

Don’t forget that other than cars, Bing City Machinery Manufacturing Group’s agricultural machinery, tractors, electric motorcycles, etc., have the biggest market share in China, and the profits are not low.

Wang Donghui stepped forward to mediate. “Old Li, let’s forget about this. They have also realized their mistakes. I will represent all of them to promise that they will start building their brands next year and stop promoting these joint ventured cars. Can you don’t release these figures?”

Li Mingde did not go overboard because of Wang Donghui. “Since Chairman Wang says so, then it shall end here. We are all Chinese, and I will also be glad to see our manufacturers making money. But making money from our fellow countrymen and giving outsiders a cut??! Hmph!”

Although everyone felt humiliated by Li Mingde, no one can refute him. They know that condition stated by Wang Donghui is an order from the higher-ups. Actually, all of them also want to create their own brands. This will be an outstanding achievement. After they retired, they can tell others that they had rebuilt XX automobile and built their brand.

“Everyone… we have been tricked by those foreign brands, and we cannot let them off lightly. I think we should seek compensations or sue them!” Manager Zhao shouted.

Everyone becomes agitated, but Li Mingde shook his head. Feng Yu had told him that those foreign brands should have included clauses in their contracts to protect themselves. These people can only bite the bullet and accept this fact. He can only hope these people can become smarter next time.