Support
Random Novel
The Monk That Wanted To Renounce 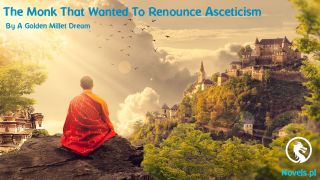 Ancient Stone City wasn’t too far from Time Sand City. Normally, it would be hidden deep within space-time and would only appear every 10,000 years.

From far, everyone could see an ancient city that was badly damaged and filled with the wear and tear from time.

Apart from the wear and tear, everyone could also see horror, sinister, and deathly silence. It felt as though this wasn’t a city but hell.

“I wonder what exactly happened during ancient times.” On the sail ship, Gulisha lamented.

“Cursing an entire star domain?” Everyone was shocked.

It might be an exaggeration to curse a universe city, but it was still possible. But to curse an entire star domain? That was no longer an exaggeration, it was bizarre. In everyone’s opinion, not even a half-god could do it. Could it be the legendary god?

The Ancient Stone City was still illusory and everyone was waiting.

As time passed by, more saints gathered at the four gates of the Ancient Stone City.

Although anyone below saint lords could enter the Ancient Stone City, there were too many saints that didn’t fear death.

After all, which of them didn’t go through life and death to progress from weak to strong.

If they were afraid of death, they wouldn’t have been able to make it into saints.

As for those saints that didn’t come, they might not be afraid of death, they might just think it wasn’t worth the risk to enter the Ancient Stone City. Perhaps, they were waiting for the next opening of the Ancient Stone city or they felt their strength was too inferior. They might think that they were sending themselves to death instead of exploring.

At the eastern city gate, the Nine Revolutions Island Owner stood with hands on his back and the Thousand Stars Saber Saint Lord was on the side.

“Nine Revolutions Island Owner, after 10,000 years, it seems like your qi presence is even more unmovable.” The Thousand Stars Saber Saint Lord stated.

The Nine Revolutions Island Owner smiled, “Your saber qi is also sharper than before. Perhaps, you might be able to break my defenses.”

“Nine Revolutions Island Owner is expecting too much from me. But once we come out from the Ancient Stone City, we need to have a spar.” The Thousand Stars Saber Saint Lord said.

There were at least 10,000 saints at the eastern city gate, they looked at the Nine Revolutions Island Owner and the Thousand Stars Saber Saint Lord with envy.

With strengths like the duo, they were basically able to go anywhere in the world.

They didn’t fear danger. They were risking their lives to enter the Ancient Stone City just so one day they could be like the Nine Revolutions Island Owner or the Thousand Stars Saber Saint Lord. They would want to be revered by others and be able to laugh carefreely in the universe.

All of a sudden, there was a blue halo in front of the Nine Revolutions Island Owner and the Thousand Stars Saber Saint Lord.

Apart from blue halo, there was another scarlet halo, then it was a purple halo, gray halo, black halo, yellow halo…

When all the halos stacked together, they formed a dazzling halo.

Within the halo, the void suddenly broke open. A tall and grande figure walked out.

The Multi-Radiance God Saint Lord was a saint lord of the god race, at the same time, he was also the no.1 saint lord on the Time Sand City’s Saint Lord Rankings. His strength was still a mystery until now and the only thing known was that no one that challenged him could last for a single move.

Someone guessed that the Multi-Radiance God Saint Lord had strength that wasn’t inferior to a weaker regular heaven lord.

“Nine Revolutions Island Owner, Thousand Stars Saber Saint Lord, I trust you have been well since we last met.”

The halo exploded and the grande figure turned around. The figure was tall and big, the skin was light blue and there was a scar of light at the forehead.

His voice wasn’t loud, but at the moment he appeared, there was nothing but silence within a 10,000 miles radius. No one dared to breathe loudly as they were afraid they might pull attention to themselves.

This wasn’t pressure that came from fame, it was a suffocating feeling due to the strength and racial bloodline.

The god race was given this title for a reason.

The god race was known as the no.1 bloodline in the universe. They gave off an intense pressure to non-god race bloodlines.

Those weaker individuals wouldn’t even have any battle intent against the god race.

In fact, even if the god race member wanted to kill, they wouldn’t even be able to resist.

“Multi-Radiance God Saint Lord, I didn’t think you would come too.”

The Thousand Stars Saber Saint Lord felt his heart was racing. But he already reached the state where his heart should be still like water, and wouldn’t be moved even if the sky collapsed.

In comparison, the Nine Revolutions Island Owner was much better and wasn’t really affected.

His Nine Revolutions Mystic Technique was indestructible. His bloodline had already transformed into the nine revolutions mystic technique bloodline and could resist the pressure from the god race bloodline.

“I have never entered the Ancient Stone City before. It is about time for me to check inside.”

Just as the Multi-Radiance God Saint Lord finished his statement.

The Ancient Stone City turned from illusion to reality. There were sounds of giant objects smashing the ground that could be heard from the void.

Immediately after, the four city gates opened and everyone could see scenes on the inside of the city.

The Ancient Stone City gates were enormous and the saints were rushing inside like locusts.

At the western city gate, the sail ship carried Li Fuchen and the others as it entered the Ancient Stone City.

Once inside the Ancient Stone City, Li Fuchen felt he entered a different world. There were ambiguous evil intent that lingered in the air and it made the spirit very uncomfortable.

“It is indeed a little strange.” Li Fuchen frowned.

Over 10,000 saints entered the western city gate, but they were like sand entering the sea, as they had all vanished without a trace.

There was sinister laughter as pitch-black spirits rushed from the corners of the streets and started to tear at the sail ship.

Li Fuchen could see that these spirits were formidable. Even the weakest was a mid-level saint. It also meant that anyone below mid-level saint would definitely die if they encountered a spirit.

The weakest in the Night Devil Team was also an elite saint lord. One of them was called Gray Stone Saint Lord. With a wave of the hand, there was a burst of qi force that exploded all the spirits that surrounded the sail ship.

But there were a few spirits that were obviously high-level saints. After their bodies exploded and actually wanted to fuse back again.

“In your dreams.” With a blast of the fist from the Gray Stone Saint Lord, the spirits that were trying to fuse had exploded once more.

After the spirits exploded, their spatial rings were all floating in the air. They were then pulled towards the Gray Stone Saint Lord.

“Such poor people, only a few dozen peak-grade spirit stones.” After opening the spatial rings, the Gray Stone Saint Lord had an expression of contempt.

Not all spirits carried a spatial ring. Only half of them had spatial rings and the one with the most wealth had an overall value of a few dozen peak-grade spirit stones.

“Great wealth is achieved through accumulation.” Everyone didn’t really mind.

The Ancient Stone City would be open for around a year. One year was enough for them to accumulate immense wealth.