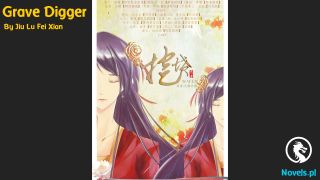 Jiang Chen won the battle with one blow. He was awe-inspiring and overbearing!

There was a light glittering in his cold eyes, it made the people around them feel dread, and they shivered with fright. His strength had made everyone tremble with fear.

Those who had stayed here for three hundred years were no cowards but cruel and ferocious geniuses. However, Jiang Chen had defeated Yang Kun badly with just one strike; this was beyond everyone’s expectation. Although both of them were Mid Divine King experts, Yang Kun was one of the old disciples who had been cultivating for thousands of years longer than Jiang Chen.

The entire new disciple zone burst into an uproar.

“This guy is so terrifying. How could he offend the old disciples and beat him down with just one blow? It’s just unbelievable.”

“Yes, I have never expected a new disciple to have such a powerful strength, no wonder he is acting so arrogant and overbearing. He is entitled to do so.”

“Undoubtedly, this guy will be the strongest among the new disciples.”

“That might also not be true. The Profound Connection Divine Palace is full of talented people and geniuses will be surpassed and replaced by another genius.”

The people surrounding them swelled to a roar. Gu Maolu knew Jiang Chen’s strength better after Yang Kun’s defeat. Jiang Chen was the person who managed to resist the Jiang brothers’ attack in the past. He dared not underestimate Jiang Chen but his jaw still dropped when he saw him defeat Yang Kun with a single blow.

“Fine. That’s why you are acting so arrogant. Humph. It seems like you’re the most outstanding disciple amongst the new disciples. I will let you feel my real strength today!”

Liu Yingfeng snorted coldly, and said with a dignified voice.

Yang Kun said furiously with a ghastly white face. He would not be able to stay in the Profound Connection Divine Palace in the future if he could not save his face today.

“He’s truly a genius, but Liu Yingfeng and the rest will not let him off easily.”

“Even though he is mighty strong, he will come to no good end for offending Liu Yingfeng.”

“That’s right. A new disciple offending an old disciple, he is destined to learn a bitter lesson. Liu Yingfeng is different from Yang Kun, this is no joking matter as the strength of a Late Divine King expert is beyond his expectation.”

A great number of old disciples were focusing on Liu Yingfeng’s side. Once he stuck out, it would be an irrevocable confrontation.

“The master of trash is still trash.”

Jiang Chen shook his head. It seemed like he was not afraid of Liu Yingfeng at all.

“You’re such a wild and arrogant guy. I will make you realize that you don’t deserve to be called a genius.”

Liu Yingfeng rushed at Jiang Chen in the full glare of the public. At this stage, he was determined to teach Jiang Chen a lesson that the dignity of the old disciple was inviolable. He was a respected public figure amongst the old disciples. This would make him the laughing stock in the Profound Connection Divine Palace if he did not manage to punish Jiang Chen.

Quick as a wink, Liu Yingfeng exerted his Divine King Realm strength perfectly. Compared with Yang Kun, he was way more formidable and ferocious. He sent out terrifying punches continuously, however Jiang Chen remained unmoved and as steady as a mountain.

Jiang Chen shook his head and struck out three punches continuously. He then casted the Azure Dragon’s Five Steps and soared into the sky slowly. It seemed like the whole world was going to shatter into pieces, trembling violently. The people around them looked frightened and agitated.

Liu Yingfeng stared at Jiang Chen in disbelief, he looked tense and anxious. This was not the strength that a Middle Divine King expert should have!

Liu Yingfeng stepped backwards and sent out three punches once again. His back was up against the wall at the moment. Jiang Chen struck out the last blow using ninety percent of his strength, which was a kind of respect to his opponent. Jiang Chen cut through the mountains, broke the rocks and travelled through the sky freely.

Liu Yingfeng lost his breath for a moment. Even though he could resist Jiang Chen’s blow, the strength of the attack had made him suffer severe injuries. The attack was able to push him back. Liu Yingfeng relapsed into silence for a moment in front of everyone, he tried hard to endure the pain but he could not help but spurt out a mouthful of blood. The ultimate winner was decided! Although, maybe, Liu Yingfeng did not strike out with all his strength, the new and old disciples were filled with astonishment and fright at this moment. Jiang Chen was fated to bring a dreadful bloodshed battle to the old disciples. The audience burst into an uproar once again. Jiang Chen’s attack was irresistible and unbeatable. He could rule over the world with just three blows and he could also settle down the new and old disciples at the same time.

“Get out of here right now!”

Gu Maolu witnessed all of these and his blood was racing wildly. He did not expect Jiang Chen to settle the battle so quickly. Although Liu Yingfeng was not ranked high at the top of the Heaven Ascension List, he was still counted as one of the best experts in the Profound Connection Divine Palace. Unfortunately, he was no match for Jiang Chen.

Gu Maolu gave Jiang Chen a thumbs-up. It was the greatest glory that Jiang Chen received. It was overwhelming and inspiring among the new disciples.

“I, Liu Yingfeng, will never forget the insolence that I suffered today. We will meet again someday. Humph.”

Liu Yingfeng was burning with anger at the moment. He turned and left since he had no reason to stay longer. He used to be a respectable figure with prestige and power amongst the old disciples, but he had utterly lost his face at this moment. He could no longer stay at this place.

Qin Feng clenched his fists firmly, staring fiercely at Jiang Chen. However, he was astonished to witness the real strength of Jiang Chen. He had to reconsider before he fought Jiang Chen again. He was not afraid of Jiang Chen, but was only waiting for a precious opportunity to defeat Jiang Chen.

“Brother Jiang, You just brought the greatest honor to the new disciples. Haha.”

Luo Ping and the others laughed heartily. After all, Jiang Chen convinced the old disciples with his real strength.

“Yes, it’s okay to bully others but not Brother Jiang. It is just unbearable.”

Zi Xi smiled faintly, standing with his back against a tree. Jiang Chen was the greatest tree that he could rely on. Jiang Chen had defeated countless powerful experts along the way from the Lone Dragon County, his great efforts were seen by everyone.

Jiang Chen nodded his head slowly and remained silent. He fixed his eyes on Yan Qingcheng’s back. He’s filled with all sorts of feelings. So what if he was capable of defeating the old disciples? Yan Qingcheng was still treating him coldly. He felt helpless and he had no idea what to do next to win her heart.

“I swore to find out who you are and chop you into pieces.”

Jiang Chen wondered who was the person that was controlling Yan Qingcheng’s soul at the back. She was blinded with hatred of him and he could do nothing about it.

“If you want to enter the Heavenly Dragon Prison, you’d better gather a sufficient amount of Heavenly Flame Crystals as you have to stay there for at least one month for cultivation. But it’s worth it since your strength and Divine Origin Qi will definitely be greatly boosted after cultivating in that place.”

Jiang Chen had to listen to Gu Maolu’s advice as he had more experiences in the Profound Connection Divine Palace. He could avoid the difficulties and troubles in the journey of cultivation.

“Alright. I will refine a sufficient amount of Heavenly Flame Crystal first.”

Jiang Chen nodded quietly, and decided to focus on refining the pills first and then focus on cultivation.