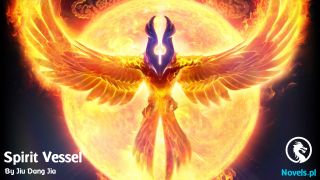 Su Xi-er didn’t make any further explanations as she ferociously turned her wrist, twisting Lord Zhu’s neck. Just like that, his breathing stopped, and his eyes rolled backwards, his body instantly collapsing to the ground. Witnessing their master being killed, the group of soldiers were at a loss of what to do.

Seeing that Lord Zhu had just been killed by Su Xi-er, Lord Qian was frightened to the point that his body stiffened, his eyes holding an empty dazed look. It appears that my death is inevitable.

Suddenly, a cold and deep male voice could be heard. “Your Majesty, throw Lord Qian into the Celestial Prison to serve as a deterrence to others and establish your might as an emperor.”

A tall man appeared in front of others, the moonlight covering his body making him appear even colder than usual.

Su Xi-er looked towards Lord Qian and softly chuckled. “Your Majesty, the new rules drawn up by the Chief Minister of Justice can be used on Lord Qian.”

“No, this humble subject doesn’t want that!” Lord Qian wished he could die on the spot as soon as he heard that.

Living would be worse than death if those were to be used on me!

At that thought, he immediately got up, closed his eyes, and dashed straight towards a tree trunk.

However, before he could finish this act of defiance, a pain shot through his knees and forced him to the ground. The soldiers behind him immediately sprinted forward to seize him.

Su Xi-er chuckled. “We can’t let him off that easily. Dying by smashing his head into a tree is too lenient of a punishment.”

I still haven’t forgotten that the Chief Imperial Censor was the first among all the officials to submit the petition! Throwing me into the Celestial Prison, banishing me from the Imperial Family, and exiling me were all things thought up by Lord Qian!

Back then, Lord Qian was very loyal to Yun Ruofeng, but what was the result? After the end of my previous life, Yun Ruofeng didn’t promote Lord Qian much either.

“Soldiers, send Lord Qian to the Celestial Prison tonight! This Emperor will personally interrogate him tomorrow before publicly announcing it on the noticeboard!” Ning Lianchen was exhibiting the disposition of an emperor as he spoke, and it wasn’t long before Lord Qian was dragged away…

Su Xi-er swept her gaze across the soldiers who had been under Lord Zhu. “Do you all want to follow Lord Zhu, or follow His Majesty and swear your loyalty to Nanzhao?”

Lord Zhu is already dead; following him means death! Without any hesitation, everyone knelt down and chorused, “This subordinate is willing to pledge my life in swearing fealty to Your Majesty.”

“You have just watched your master die. Should I say that all of you are wise to adapt to the circumstances, or that you are changing sides too quickly?” Pei Qianhao coldly remarked, his voice filled with mockery. The soldiers under me would never swear loyalty to another.

All the soldiers' bodies stiffened. So we still have to die?

Ning Lianchen spoke in a steady voice. “All of you are civilians of Nanzhao, so this Emperor won’t be so merciless. I will give you two choices: One, return to your hometown and never receive any salary from the court again. Two, enter the army barracks and start over from the lowest rank.”

A soldier of the lowest rank has to take care of the military logistics and exhausting manual labour. They can only return to their hometown semiannually, but even that is in question if an emergency situation comes up. On top of everything else, their salary is the lowest as well.

A moment later, almost all the soldiers nodded, declaring that they were willing to enter the army barracks and start from the bottom. There were also a few soldiers who set their swords to the side, wishing to return home and become farmers.

Ning Lianchen waved his hand. “The ones willing to stay will train together with the fresh batch of soldiers that are entering the army barracks this year. Of course, you will all be reassigned to different commanders.”

Not long after, all the soldiers besides a small group left to clean up the aftermath of the battle, descended the mountain in an orderly fashion.

Pei Qianhao walked towards Su Xi-er and grabbed her hand. “Xi-er, you’re not to hide from this Prince and charge at the front in the future.”

“Tonight’s matter was an emergency. You know that these two dog servants used to…”

Before she could finish protesting, he had lowered his head and whispered into her ear. “Xi-er, I have already prepared a cruel punishment for Lord Qian. Those who offended you must die a tragic death.”