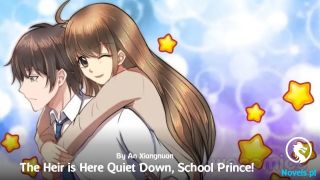 “Commander Wu, can I enter the army barracks?”

Wu Ling nodded. “Yes, you can. Your body is very tough. Train diligently, and you’ll be able to become the next Qin Ling.”

After Wei Mohai died, Qin Ling’s reputation had become so great that even Da Zhu had heard of him before. He immediately became embarrassed. “Commander Qin is so powerful. After Prince Yun died, he retreated into the wild to live in isolation. Everyone is very impressed by him.”

“It’s fine as long as you work hard! Go home and inform your parents; then, pack up your things and report to Nanzhao’s army barracks tomorrow. It’s in the other direction of the suburbs.”

With the results of the assessment out, Wu Ling asked the other soldiers for Pei Qianhao’s whereabouts so that he could report. After taking a few steps however, he paused. The Princess Consort is also around. I better not go, in case I disrupt Prince Hao’s good mood.

Inside the tent, Pei Qianhao was filled with vigour and spirit after enjoying the beauty. He picked up the teapot and poured a cup of water as he sat down “Xi-er, the army barracks doesn’t have tea leaves. Please put up with it and drink some water.”

Su Xi-er’s face was still rosy and charming. She took the teacup and gently sipped it to moisturise her throat.

Su Xi-er flatly refused him. “Don’t even think about it.”

Pei Qianhao chuckled. “You’ve misunderstood. I will be having a meal with Ning Lianchen tonight. You can accompany Yinyin while I discuss matters of the military with him.”

“A-Jing, Lianchen still has many aspects to improve on. Your talent and ability in leading troops, as well as your ability to govern, is widely acclaimed. You should teach him more; don’t keep things to yourself.”

“It’s a given that I’ll teach him, but I’m not allowed to keep things to myself? I never make a losing deal; Xi-er, how will you please me?”

Su Xi-er cast a sidelong glance at him. “Didn’t I please you just now?”

Just now, he was allowed to do whatever he wanted, and he even tried a few positions. Did I refuse him?

“You have to continue pleasing me like this.” Pei Qianhao’s eyes were full of smugness.

He’s probably the only one who could become smug from this. Su Xi-er inwardly lamented to herself.

“A-Jing, I have to punish a few officials this time. I’ll return to Beimin only after this has been accomplished.”

“Xi-er, are they the Chief Minister of War and the Chief Imperial Censor?”

Su Xi-er raised her head. How does he know? Did he go secretly investigating again?

While she was still confused, Pei Qianhao continued. “My investigation has already found that numerous officials submitted a petition together in order to make some groundless accusations of you interfering with the court. They also harped on you having a lowly bloodline. Many of these officials were instigated by the Chief Minister of War and the Chief Imperial Censor.”

He paused for a moment and deeply gazed at her. “Even if you hadn’t said, this Prince would also have dealt with them.”

Su Xi-er placed the teacup in her hand down and grabbed his hand. “A-Jing, don’t hide things from me when you do them. You have done too much for me, while I have nothing I can do for you.”

“Xi-er, you have also done a lot for me. You’re cooperating with me in bed now, and you’ll be giving birth to our children before guiding them in the future.”

“A-Jing.” Su Xi-er softly said. “You once told me that you like virtuous women who assist their husbands and teach the children. They would wait for you to come home the entire day, only relying on you for their lifetime. A-Jing, when Nanzhao has stabilised, I’m willing to be that kind of woman for you.”