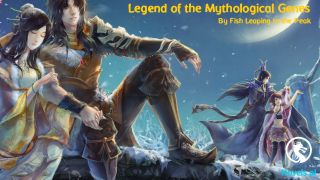 Though Prime Minister Wen’s expression was ash-white, his gaze was calm. “This humble subject only has the Prime Minister Residence to offer. I am willing to sell it off to assist the refugees.”

Ire distorted Hua Zirong’s visage. How great you are, Prime Minister Wen! Are you trying to indirectly lodge a complaint against this Monarch? What would people think if they hear that the almighty Monarch of Xiliu coerced the prime minister to sell off his estate?

Flames of fury flared in his eyes, though he forced himself to suppress his anger.

“Prime Minister Wen, rendering relief aid to the refugees should be done within one’s means. How could you do something like that?” Hua Zirong warned him.

However, Prime Minister Wen seemed to have swallowed the wrong medicine today. “Your Majesty, this is this old subject’s wish. Please grant it.” There was even a subtle threatening tone as he spoke.

Hua Zirong’s blood was boiling, while the officials were still reeling. What’s happening? How did things come to this?

“Prime Minister Wen, please reconsider. His Majesty has already asked us to contribute within our means. Why do you have to insist on your ways?” An official tried to dissuade him.

The official from just now wanted to stop him, but Hua Zirong was faster. “You don’t have to speak any further. Since this is Prime Minister Wen’s wish, this Monarch shall let you achieve it.”

“Your Majesty, this won’t do at all. If news of this spreads, it will damage Xiliu’s reputation.” A civil official stood up and tried his best to mediate the situation.

Du Ling smirked. “Since this is Prime Minister Wen’s wish, there’s nothing wrong with Xiliu’s Monarch letting him achieve it. However, he doesn’t need to sell off everything; half would suffice.”

Prime Minister lowered his head, concealing the glint in his eyes. Could the Western Region King have detected something? Otherwise, why would he speak up against this?

Prime Minister Wen was persistent. “This humble subject thanks Your Majesty for your concern. However, regardless of how huge the house is, this old subject only occupies a single bed. I hope that Your Majesty can grant my wish.”

Something seemed to click in Hua Zirong's mind. “Since Prime Minister Wen is so resolute, we will discuss this matter again next time.”

Coldness seeped into Prime Minister Wen’s heart. You really are lucky; he still wants to protect you despite you rebutting him so much.

“This humble subject obeys the order.” Immediately after speaking, Prime Minister Wen was seized by a violent coughing fit.

The officials were even more perplexed as to what was transpiring. Prime Minister Wen is a cautious and crafty old fox. Why did he become as obstinate as to try to go against His Majesty? Could he be so sick that his brain has been burned from the heat?

Prime Minister Wen paid no heed to the stares of the other officials, continuing to go about his own business as he remained seated.

Hua Zirong’s sense of impending doom was finally alleviated, but a contemplative look revealed itself in his eyes.

A faint smile hung on the edges of Su Xi-er’s mouth. It looks like Hua Zirong has also discovered that something fishy is going on.

She smiled gently at Pei Qianhao, a meaningful look in her eyes.