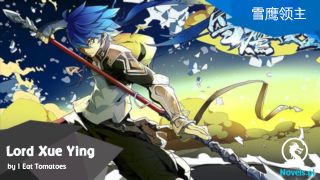 Unaware that Tan Ge had died, The Grand Empress Dowager gave the order to leave her be.

“Good. Rulan dear, stay with me tonight. I’ve been missing you and your mother ever since the day she fled the court. Don’t get angry that we’ve mistakenly given someone else your identity.”

Her guilt and sorrow was apparent when she spoke, feeling that she had wronged Su Xi-er and was sad about Tan Ge.

“Don’t worry Royal Grandmother; I’m not angry, and of course I’ll keep you company.” Su Xi-er’s grandmother in her previous life had passed away before her parents had even married, so she was elated to have one in this life.

“Good girl.” The Grand Empress Dowager smiled and looked at Pei Qianhao. “Rulan will keep me company for a few days. Any issues with that?”

Even if he did, Pei Qianhao wouldn’t have said anything. Instead, he simply bowed and said, “I have no issues.”

“Good. We’ll officially add Rulan’s name to the family register tomorrow, and bestow upon her the title and power of an imperial princess.” The Grand Empress Dowager paused and asked Du Ling, “Where’s the Imperial Princess’ military tally?”

“There’s no need to worry, Imperial Grandmother. Your grandson has learned that it is now in the Huyan Residence.”

“Why would it be there?” She asked in confusion.

Su Xi-er’s thoughts raced. Tan Ge must have done it on purpose. No one would expect for the military tally to be with the right faction leader. Even if someone had found out, Huyan Fei would simply be suspected of working together with the princess.

Seeing her grandmother frown, Su Xi-er explained, “Let’s not dwell on the past. I’ll just claim the identity of the imperial princess; there’s no need for me to hold military power.”

“That won’t do! You must inherit everything that belongs to you, for if the King doesn’t have a daughter, yours will inherit all that you have.”

Su Xi-er nodded when she saw how serious her grandmother was. “I understand.”

“Good. All of you may leave now. I’d like to speak with my granddaughter in private.” The Grand Empress Dowager held onto Su Xi-er’s hand as she spoke.

Du Ling shot Pei Qianhao a look, signalling for him to leave before they both bowed and respectfully exited.

Outside, Du Ling turned to Pei Qianhao. “This is my Royal Grandmother. She’s very protective of those she likes, and extremely stern to outsiders.”

“This Prince is aware. When the Grand Empress Dowager was still the Queen Consort, she had a great reputation as the Iron Queen. If she hadn’t impressed the court, the Du family might not be the ruling monarchs right now.” All Pei Qianhao could think about was Ning Rulan, his Xi-er, his wife, as he spoke.

“That’s true. Not every woman in court is as lucky as Royal Grandmother. The Eldest Imperial Princess of Nanzhao, Ning Rulan, lost her life because she meddled in court affairs.” Du Ling answered heavily.

“What do you think of Ning Rulan?”

Du Ling smiled as he watched Pei Qianhao. “Three years ago, I considered allying with the Central Plains. With Ning Rulan’s personality being so similar to Royal Grandmother’s, I found that she would be a suitable queen consort of the Western Region.” The respect in his voice was apparent as Du Ling spoke about Ning Rulan.

The fact that such a thought had crossed Du Ling’s mind made Pei Qianhao a little annoyed.

Pei Qianhao watched as he left. Why did he sound disappointed when he said that? Su Xi-er walked out of the palace at this point.

“A-Jing, could you make a bowl of red bean soup?”