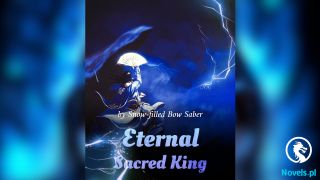 «Campus Rebirth: The Strongest Female Agent (Published Novel) - Chapter 1389: You Can Only Be Accompanied by Me

Chapter 1389: You Can Only Be Accompanied by Me

What Yun Jian said astonished the others.

The women who were there were mostly parents and to parents, their children’s studies came first. To be able to get into Di Yi Senior High School in Longmen City was as delightful as a person coming in first in the imperial examination in ancient times to many of these parents.

Yet Yun Jian had added that… her elder brother had represented Di Yi Senior High School in joining a language competition and won first in the province?

Putting aside how shocking it was to have won first place in the whole province, the focus was on the first half of Yun Jian’s sentence. Her elder brother would be Qin Yirou’s son, so Qin Yirou had a son and her son was in Di Yi Senior High School! Additionally, her daughter was so outstanding, coming in first among the freshmen just as she attended the military school!

“This… Yirou, your son and your daughter are… are both so accomplished!” Even the florist owner, Wen Min, stood up in surprise and told Qin Yirou looking at her in a slight daze.

Qin Yirou did not expect that Yun Jian would blurt everything and was quite surprised as well, taking some time to recover herself.

“Xiao Jian and Xiao Yi are just a little better in these. As their mother, I’m quite happy about it,” Qin Yirou said with a smile.

“Right? I’d be on cloud nine if I have a daughter and son as good as yours! Oh, speaking of which, I can feel my blood boiling once I think about the brat of mine!” Wen Min added a comment; she was smiling to Yun Jian and Qin Yirou all the time. Although her tone was slightly exasperated, more of it was a sincere sense of cheeriness.

Soon, Qin Yirou chatted with the other employees of the florist in a friendly nature. Many of them took the initiative to be nice to her upon knowing that her children excelled in school.

People were like that. They flocked to whoever who was better. There was nothing shocking about it.

Liu Shan who had recovered from the shock was indignant, but she was unable to say anything now and could only watch. Ultimately, she nearly spat blood from how furious she was because her disappointment of a son kept staring at Yun Jian with a gaze like he had completely fallen for her.

“So you’re studying in Min City Military School? I’m studying in San Senior High. You’re welcome to come to me and visit the area!” Ning Cheng invited Yun Jian keeping his eyes on her.

He had sneaked out of school to go on a date with his girlfriend but since he had seen Yun Jian, he was enthralled and followed her all the way here to even sitting at the same table.

During then, a woman at their table pointed at the entrance and could not hold herself back from exclaiming, “Gosh, what a handsome young man!”

Yun Jian turned to look right after the woman spoke and met eyes with a pair of sharp hawk-like eyes. When the young man walked over upon meeting eyes with Yun Jian, every move of his was so cool that all the females in the restaurant squealed.

“Whose young man is this? What a handsome lad!” another woman praised.

Si Yi came to Yun Jian briskly and looked at her with a small smile, speaking domineeringly, “Xiao Jian, I’ve dismissed Berserk Dragon. You can go to the Amazon jungle but you can only be accompanied by me.”