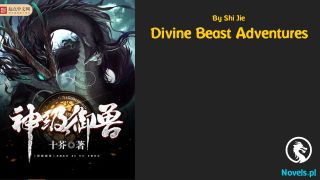 «Campus Rebirth: The Strongest Female Agent (Published Novel) - Chapter 1309 A Pop. Did You Hear Something?

What the fisherman’s wife said flustered Yun Jian and made her blush crimson. Si Yi did not answer but he enjoyed how it felt.

When the fisherman’s wife saw that Yun Jian got shy, she came over to pull Yun Jian to the other side of the boat—the end of it that was three meters away from Si Yi and the fisherman-and told Yun Jian secretively holding her hand, “Young lady, no need to be shy and don’t find me wordy. You didn’t know that the man I have is the only one in our town who doesn’t’ cheat!”

“I quite like you, so I’m going to teach you how I keep the leash on my man!”

The fisherman’s wife had even stuck her head to peek at Si Yi who sat on the head of the boat and the fisherman who was rowing the boat as she spoke. Upon seeing that both of them were not looking over, she began to pass the knowledge of her “killer move” to Yun Jian.

Yun Jian did not resist it when the fisherman’s wife leaned her head close to her ear. She then heard the woman slowly speaking, “Let me tell you. As a woman, you can do whatever you want usually but once you get on the bed, you’ve got to please your man in earnest and don’t feel shy about it…”

Yun Jian listened to what the fisherman’s wife said but once she processed it and thought about her and Si Yi… she could not help blushing while her heart thumped wildly.

As the fisherman’s wife tugged Yun Jian back to the head of the boat where Si Yi and the fisherman were and passed Yun Jian’s hand to Si Yi, she eyed Yun Jian with a “you know, I know” look.

She had wanted Yun Jian to be… raunchy when it came to sleeping with Si Yi.

Once Yun Jian thought about it, she dipped her head and blushed even redder.

“What were you two talking about?” To make things worse, Si Yi had to come next to her ear and ask her softly.

“Nothing.” Yun Jian felt a zap numbing herself from Si Yi’s puff of breath when he spoke so close to her and gave him a light shove.

“Xiao Jian, that’s naughty of you.” Si Yi smirked and stared at her.

His blatant gaze had only made her shier.

The boat flowed into a cave by then with the fisherman and his wife standing in front to row it. Both of them were cautious when they passed the cave because they could easily capsize in the cave if they rowed it wrongly.

If their boat were to capsize outside, others could see them. There were a lot of vagabonds here and they were united, so they would surely save the victims if they saw them falling into the water. However, capsizing in the cave meant that those vagabonds could not see them at all and it would be futile to even cry for help.

Therefore, the fisherman and his wife rowed in utter seriousness with their backs against Yun Jian and Si Yi.

The moment they entered the cave, Si Yi suddenly crouched and held Yun Jian’s head with a hand while his other hand directed it toward himself. He then dipped his head and kissed Yun Jian’s lips before she had the time to react.

It was a thrill because the fisherman and his wife were just standing nearby and it was not like the cave was completely dark.

She gave Si Yi a few shoves but the latter sat kissing her without budging. It was when they were about to exit the cave and moments before the fisherman’s wife turned around that Yun Jian pushed Si Yi away.

Due to the slightly forceful shove and both of them being not quite experienced, their lips that were attached to each other made a pop when they separated the moment Si Yi was pushed away.

The sound made Yun Jian straighten up.

It was then the fisherman’s wife turned around in time. Hearing the pop, she asked doubtfully, “Huh? Did you guys hear something?”