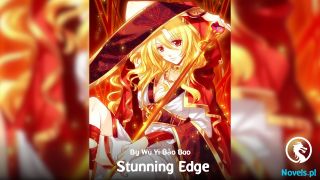 The last of what Hua Yun said was purely to boast in front of Yun Jian and everyone there. To the woman, just bragging it to Yun Jian could no longer satisfy her competitiveness.

She was dressed like an elegant rich wife but she had in fact said what she did with that tone and attitude. She had even made Hu Chaoqun invite his uncle—the one who was notable in the international scene—over as well!

Hua Yun had done that not only to mean it as a slap in Ge Junjian and Qin Yirou or Yun Jian’s face, she also liked putting up a front before others.

People liked bragging about their abilities to outsiders and some worked hard to find something to boast about even when they had nothing.

Hua Yun was exactly someone like that. Not only did she want to flaunt it in Yun Jian’s face, it was important that she bragged to the group of people who stood around them too—as they looked poor and beggarly in one glance.

It was obvious that a few of them were farmers. They were still wearing the rubber shoes for when they would go work in the farm and said rubber shoes were currently soiled with the dirt from their earlier farm work.

Hua Yun saw it. Although she did not mention it explicitly, she was blowing it hard in another way.

The way she crowed about her wedding was her trying to tell people who were there that they were pitiful farmers who were still grinding in dirt but she was a wealthy woman who lived her life at the top of the world. She was making it known that she and them lived in completely separate worlds.

When Hua Yun got to this part, she kept her head up to gloat and threw a challenging gaze at Yun Jian.

The girl said nothing but there was a sparkle in her eyes.

“Pft!” Qing You who stood next to Yun Jian and abruptly heard Hua Yun tooting her own horn did not manage to hold herself back and let a bark of laughter escape on the spot. Especially when Hua Yun talked about “even the armament tycoon who dealt with Gu Sha Mercenaries and An Hun Group came to our wedding as support too”, it took everything in Qing You not to double over in laughter.

What a joke! Did this wealthy looking woman not know that Sister Jian is the boss of Gu Sha Mercenaries?

Qing You’s cackle roused the suspicion of others but she stayed silent with twitching lips after her laugh.

“What are you laughing at? This is the truth! It wasn’t just the armament tycoon. Many international VIPs came too!” Hu Chaoqun felt like he was being mocked when Qing You snorted and opened his mouth to add haughtily.

“What international hotel and what armament tycoon? Our girl here is the director of New Cruise!” The villagers from Xinjiang Town did not understand what Hua Yun and Hu Chaoqun said, so all of them took Yun Jian’s side and defended her. They were even bragging to the couple about Yun Jian being New Cruise’s director.

Despite the facts that Yun Jian’s status as New Cruise’s director had given Ms. Lu a scare and the company being an icon in Zhe Province that was growing its reputation nationwide, it was nothing to Hu Chaoqun.

Even when the man was not exactly doing well internationally, he was still better off compared to New Cruise.

“Pft, what New Cruise? What the heck? Could that compare to my husband’s company? You bumpkins. You don’t even know what international means? Hahaha! International—worldwide. My husband’s company is famous everywhere in the world!” Hua Yun hooked arms with Hu Chaoqun and made a snarky reply.

“Wow, you guys are amazing…” Ms. Lu, as a teacher, was educated and naturally understood what Hua Yun said.

Before Hua Yun finished her sentence, Ms. Lu had already turned her back to Yun Jian planning to take Hua Yun’s side. New Cruise was great and all but could it stand up to an international company? Dream on!