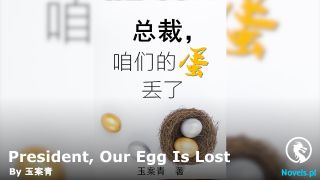 Chapter 704: The Possibility of Paying off Debts. Joelson’s Shocking Theory!

Guard Vice-Captain Hansen and Guard Captain Nair, both of them had a very common characteristic. Both of them were very loyal people.

They had to repay the kindness of the other party. This was the most basic principle of Captain Nair and Vice-Captain Hansen.

However, at this moment, in the underground city, on the arena in the central plaza.

The wind and snow were constantly falling, falling on Captain Nair and Vice-Captain Hansen who were kneeling on the arena in the central plaza.

A lot of snow fell on their bodies.

At this moment, both of their hearts were filled with regret.

At this moment, when both of them thought that they were going to lose their arms, Joelson took out a bottle of recovery medicine that had a terrifying recovery ability. It made both of them exclaim in admiration. It healed both of their injuries!

Such a great favor, according to Captain Nair and Vice-Captain Hansen’s rules of conduct, should be given in return at this time. Otherwise, it would be breaking their rules of walking on the frozen soil of this underground city.

However, at this moment, Captain Nair and Vice-Captain Hansen were worrying about this uncomfortable thing.

That’s right, they were agonizing over how to repay this great favor.

Repay it with money?

Putting aside whether or not Joelson liked money, based on the market price of this recovery potion that was priceless, the two of them had to empty out all of their savings in their lifetime and took out all of their treasures. That was also because they had no way of repaying Joelson’s great favor.

Because the value of this recovery potion was too high. It was so high that even if they opened the treasury of Kings Leighton and Reynolds and used the gold and silver treasures inside to repay the debt, they would not be able to pay it back.

The value of this recovery potion was too high. It was so high that Captain Nair and Vice-Captain Hansen did not know how to use money to repay it.

Some people might say that they would use their talent to repay it.

Unfortunately, this was even more impossible.

Joelson’s talent had left the two of them far behind. Joelson’s strength was something that Captain Nair and Vice-Captain Hansen couldn’t catch up to even if they spent their whole lives to catch up.

Moreover, Joelson was in his prime. His strength was growing at the fastest speed. Under his powerful talent, who knew what kind of height he could reach!

Just as Captain Nair and Vice-Captain Hansen were distressed and didn’t know how to repay the favor, Joelson slowly raised his head and looked at the sky.

This sigh immediately made Vice-Captain Hansen kneel on the ground, kowtow, and then say loudly, “Lord Joelson, may I know what plans you have in mind?”

The reveling crowd did not realize that the conversation between the vice-captain of the guards, Hansen, and Joelson would directly decide the fate of these people.

At this critical moment, no one noticed the heavy atmosphere on the stage.

“Please speak frankly. If there’s anything we can do for you, we will do our best to help you achieve your goal!”

As long as Joelson proposed something, they would do it as soon as they could. If it was not within their ability, Captain Nair and Vice-Captain Hansen would do their best. Even if they could not do it, they must try it. Even if they were to be smashed to pieces.

The two of them had received a gift from Joelson. Captain Nair and Vice-Captain Hansen both understood. They understood the principle of taking advantage of others and they were willing to abide by it.

Both of them had the same principle and they made the same choice.

Joelson looked at Captain Nair and Vice-Captain Hansen’s respectful expressions, and he was instantly certain.

These two people’s ability to read people’s words and expressions could not be said to be one of a kind!

To be able to perfectly and accurately read his thoughts from his words and actions, such an ability was a rare talent!

Joelson secretly praised the ability of these two people to be cheerful and, in his heart, he became more and more certain of the actions of Captain Nair and Vice-Captain Hansen.

These two people indeed had the ability to lead the underground city.

While Joelson was thinking, the fanatical people below the stage were already celebrating the greatness of Joelson, celebrating their own survival. No one noticed that the environment on the stage was undergoing a drastic change at this moment!

That’s right! Just as the two of them were respectfully kneeling down and lowering their heads to listen to his teachings, the crowd below had no idea that something was happening on the central plaza. At this stage. Something that could change the history and fate of the underground city!

As he looked at the kneeling posture of Captain Nair and Vice-Captain Hansen, he already had a general answer in his heart.

These two people were indeed a kid that he could try to help.

“Listen up, you two. I need you two to help me with something!”

Joelson said indifferently. His expression was calm, as if what he was about to announce was a trivial matter.