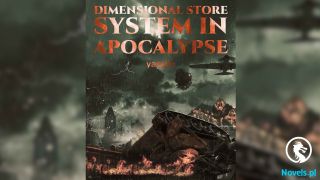 «Breeding Dragons From Today (Web Novel) - Chapter 703: Guard Captain Nair and Guard Vice-Captain Hansen Felt Helpless in Their Hearts. It Was a Heavy Gift That They Could Not Repay!

Chapter 703: Guard Captain Nair and Guard Vice-Captain Hansen Felt Helpless in Their Hearts. It Was a Heavy Gift That They Could Not Repay!

Guard Vice-Captain Hansen touched his newly grown arm and felt a wave of gratitude in his heart!

He really did not expect that there would be such a day where he would be able to regain his arm!

Now, he did not lose his life. Instead, he had regrown his broken arm. How could the vice-captain of the guards, Hansen, not be surprised?

Vice-Captain Hansen didn’t know how to repay him for such an expensive potion!

He truly didn’t know how to repay him for such an expensive potion!

All the money in the underground city wasn’t enough to buy this bottle of recovery potion!

That’s right, it was that exaggerated!

This kind of recovery potion, even if placed in the entire underworld continent, was a super treasure that money could not measure!

It was likely that once it appeared, it would be snatched by the entire underworld continent!

This kind of legendary treasure, no matter how many things were spent to obtain it, was all worth it. It was a bloody profit!

The ability to regrow severed limbs, for non-immortal races that could not endlessly repair their bodies, was extremely enviable!

The vice-captain of the guards, Hansen, understood in his heart that no matter how much money he had, it was impossible for him to repay this favor because the weight of this favor was too heavy!

This recovery medicine would be impossible to repay even if he emptied out his estate completely!

Then, what about using his own power to serve Joelson?

That would be even more impossible!

Joelson’s power was at the peak of the demigod level, far surpassing that of the captain of the guards, Nair, and the vice-captain of the guards, Hansen. If they didn’t encounter any great opportunities, it would be extremely difficult for them to catch up to Joelson in their entire lives!

Not to mention, to surpass Joelson’s cultivation level, Joelson was much younger than the two of them. One had to know that when one was young, one’s potential would be at its most boundless.

Once one reached middle-aged age, there wouldn’t be any major accidents. Under normal circumstances, one’s cultivation level would basically be set at a certain level, and it would be very difficult for one to make any further progress.

Joelson was much younger than them. At such a young age, he had already reached the peak of the demigod level.

Joelson was still a young, well-dressed young man. The physical strength of this sort of young man was far beyond that of their two middle-aged guards, Captain Nair and Vice-Captain Hansen!

At such a young age, he had already reached the level of a peak demigod. Clearly, the very young Joelson would definitely become even more powerful in the future. One had to know that when one was young, one’s cultivation base would grow the fastest. One’s comprehension would be the best and one’s strength would increase the fastest.

At this moment, it could be said that young people had limitless possibilities.

At this moment, Joelson was the young man.

However, Captain Nair and Vice-Captain Hansen were different. They had already reached middle-aged age, the speed of their cultivation growth, and their comprehension ability, their reaction ability was continuously maintained at a certain level, and there would be no further improvement!

When one reached old age, when a human reached this age, their cultivation would continue to decline. At this time, it would be extremely difficult to maintain one’s cultivation, not to mention chasing after even more exciting realms!

Vice-Captain Hansen and Captain Nair had not reached old age. It was not easy to maintain one’s cultivation during morning reading, but both of them were already middle-aged, no matter how much their cultivation level increased, they would not be able to catch up to Joelson’s level.

This completely blocked the possibility of the two of them using their own abilities to repay Joelson.

Why did Joelson need the help of the two of them?

In the future, it would definitely be impossible for the two of them to catch up to Joelson in terms of cultivation. Right now, their strength was also so weak. Although in the entire underground city, they might be extremely powerful, in the entire Underworld Continent. In the underworld continent, the strength of a deity domain was nothing more than cannon fodder.

In the skeleton corps, being able to become a skeleton centurion was already an extremely good standard.

With the strength of the two of them, they really did not have the qualifications to repay Joelson’s kindness. It was already very good that they did not get the help of Guard Captain Nair and Guard Vice-Captain Hansen!

In fact, Captain Nair and Vice-Captain Hansen’s potential in the future was not even half of a chance to help Joelson.

This made Captain Nair and Vice-Captain Hansen feel extremely regretful and blame themselves.

They were angry. Angry at their own weakness. If they were stronger, perhaps they could at least help Joelson a little!