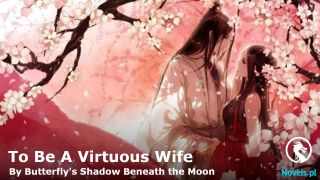 «Because I’ve Been Reincarnated as the Piggy Duke, This Time I Will Say I Like You (Web Novel) - Chapter 105: What’s it like in the Orc Village?

A long line of orc squadrons lumbered down the grassy field.

We were in the front.

“Buhita. That isn’t a home for orcs anymore, it’s a country.”

“Orc Nation. And Slow! I will make you second-in-command to Buhita after you slay the lizard with flying colors.

Me and Charlotte were walking with a group of crown orcs who call themselves Buhita, not those big word orcs……

I’ve heard that Buhita is the leader of a place called Orc Village, where many orcs live.

I heard that he is busy trying to attract other Orcs from other villages to his village.

We were on our way to the Orc Village with a group of Orcs from another village when we were attacked by a giant lizard that came out of the dungeon and escaped.

”Aeris-sama was in the orc village yesterday, too. He wants to know why the Orc village is growing so rapidly. I don’t need to think about that! Buhitha’s here, buhui!”

“Buhita is a forward-facing tomb.”

That’s my voice. Just in case.

“Slow. Buhita, don’t you dare face forward! In the world of monsters, people treat you like a small fry, in the world of humans, people would think you’re torturing the female knights, I’m going to blow the prejudice of orcs away! My aim is to become the most powerful monster in the world! First Buhita must be the strongest, then we will make everyone else stronger too. Until dragons can be defeated in a single blow, buuuuuhiiiiiiiiiiiiiii!

“A dragon strike!? That’s already an orc god buhiii. By the way, is it true that Aeris often visit the orc village?”

Aeris, the ruler of the imperial kingdom where monsters roam freely, frequents the orc village, said that.

From my point of view of wanting to make contact and friendship with Aeris, it was quite natural for me to head to the orc village.

And Charlotte, who walks behind me, seems to be interested in the monster that currently rules the imperial kingdom.

I mean, he’s really too free.

Is this okay with you, Great Spirit of the Wind?

”That’s right, Slow! A pair of orcs and a succubus is a rare sight. Could it be that they’re lovers?”

After healing Buhita’s wounds that was attacked by the Attack Lizard with his heels, Buhita was eager to take me, an orc wizard, to his orc village.

At first I was worried that he would find out that I was a fake orc and not a real orc, but it seems my fears were excess.

By the way, a chorus of ‘The almighty orc wizard is here buhi~’ is going on behind the orc ranks.

“My relationship with Charlotte is based on a delicate balance.”

“Look, Charlotte’s looking down in shame.”

“Huh? Huh? Why are you turning over?”

“Come to think of it……I hadn’t even heard your response after my confession yet.

“It was all I could do to get here after I defeated Black Dragon, so what can I do?”

“Well buhi… But why are you both wearing clothes?”

“That’s what’s in fashion. Fashion is very important in the world outside of the empire. Monsters need to improve their fashion sense or they’ll be left behind. ”

I said with a little fear on stake.

But my Orcish is perfect, by the way.

Maybe I should start a school for Orcish language courses when I become unemployed.

“You’re an intelligent Orc! The fashion-conscious Slow is a forward-thinking oak vuhi! But I think it’s hilarious that succubus wear clothes, buhiii!”

I feel a disgusted stare behind me.

I glanced at Charlotte, who was staring at me with eyes filled with black emotion.

“But then again, has Slow been out there too? Buhi, don’t do it! That was so much fun, buhii! The rumors about the South being a great place to live are true. There weren’t many of them as strong as the Imperial Guard. Besides, there’s this one guy blew me off with a badass skill…buhiii! Ah~ that place was amazing.”

Buhita said as he recalled back on the memory.

The Buhita, who is leading the way, glances at me.

Apparently he wants me to ask him more about how the outside world was.

By the way, at the back of the Orcs’ line, they’re still singing ‘Wizard of Orcs~, Wizard~’. I mean, come on. There were dozens of Orcs carrying that attack lizard, whooping and hollering. This is what we’re going to have for dinner tonight,” an ominous voice said.

“I’m so glad you asked. We warrior trains in the dungeons of Dallis! Every day has been a struggle, Buhi!”

As soon as I find a dungeon in any country, I’m working hard to destroy the dungeon core. If you leave it alone, it’s going to get bigger and bigger. But there are a few dungeons on the continent that are too deep to tackle anymore.

The famous one is the one in Sarkista, Alicia’s hometown, for example.

”But since I worked so hard, I became the Orc King, so yay! But you know, I feel like it’s because I defeated a water orc, buhi!”

I looked at the proud Buhita’s left chest and saw that it was indeed engraved with a crest that was a sign of a king.

Weak monsters like orcs are evolutionary monsters that become stronger by evolving.

”Bujita is an amazing monster. Does that mean he’s in charge of all the orcs together over here?”

There’s a lot of disease going around and a lot of orcs being abused by adventurers. Those adventurers seem to be moving around a lot, so we have no idea where they are. The sick one is under investigation.

I’m not sure if I’m sick or not, but the village of the Orcs is a very dangerous place.

I’ve got a few medicines in my backpack, but I’d like to think I’m fully prepared with my magic. It’s a good thing that you’re able to do that.

It’s a good thing that you’re not the only one. I’ve been curious about it for a while now, but what’s that shovel sticking out of your backpack?

I’ll get this as soon as possible and lure out the Great Spirit of Darkness!

The Great Spirit of Darkness constantly calls out to the king of the empire and implores him to do what he says.

It’s an extremely advanced form of magic that is the ultimate in dark magic, akin to brainwashing.

In the anime, the Dark Lord went crazy with the suggestion until the end and never showed an end to his all-out war with the South.

He lures the great spirit of darkness out of the empire, but you can’t predict what the emperor will do once the suggestion is lifted. If you intend to cause a war…

I’m not going to be able to get my hands on any of them.

It was a scene I didn’t want Charlotte to see too much.

We walk along, listening to the song of the poorly made orcs.

”Slow, Slow, Slow” the Orcs are chirping and screaming.

It seems that my name has been completely decided within the Orcs - what a senseless name, Buhita.

I made up my mind to ask. In fact, I’ve been curious about it since a while ago.

The buhita wearing a crown, and other orcs wearing all sorts of ornaments.

The monsters I know don’t do this kind of nonsense.

“Slow! Well noticed again, bubi! As a matter of fact……”

“They say it’s a differentiator. They’ve got a peaceful life, so they’re playing with it, these guys.”

I turned around and saw Charlotte scurrying around too, looking for the owner of the voice.

When she was tapped on the shoulder and looked next to her, she saw Buhita, the Oak King wearing a handcrafted crown, indicating the sky above with his left hand.

I wondered if someone was up in the sky where all I could see was a blue campus and white clouds.

I looked up at the sky as Buhita pointed to it.

“Heh……You came from up there?”

A flying monster with beautiful wings on its back.

A mischievous and heretical species born with magical powers, which is rare for monsters.

It is said to be born only in the Suon Forest, a forest of thorns that exists in the north of the continent, and it is also called the Flower Fairy because it wears a beautiful flower somewhere on its body.

”Something—I can’t help but feel a sense of destiny.”

At times harsh and severe.

It’s bewitching and seductive at times.

A glass you gave your life to protect the monsters in your kingdom at the cost of your own.

‘What? Slow already knows that. You know things! I knew Slow was an intelligent orc!”

He thinks about the future of the poor northern monsters more than anyone else, and despite being an impotent pixie, he has the Demon King Faction, which is composed mainly of flying-type monsters, under his control.

”Stand back, Buhita. I have a question for the orcs over there.”

I know who the monster is that is slowly descending from the sky above.

I meet the gaze that pierces me with a gaze as sharp as a needle, and I meet it head on.

“Aeris-sama! That is Slow! And he’s an orc wizard, buhiiiiii!”

This is how I came to meet Aeris, the fascinating pixie.

—I was able to meet Aeris, the fascinating pixie.