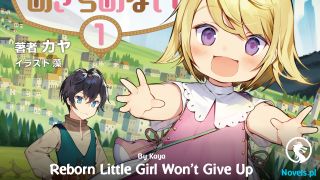 «Because I’ve Been Reincarnated as the Piggy Duke, This Time I Will Say I Like You (Web Novel) - Chapter 104 : An intelligent orc, what’s that?

The unmistakable cry of an orc.

I looked up and saw that a large quadrupedal lizard had attacked a group of orcs.

That was the most aggressive attack lizard among the lizard-type monster lizards.

This monster is classified as a B-class monster by the standards of adventurers who take on the dungeon.

It’s agile for its hard skin and huge body, and it uses its long tongue to entangle opponents at a stroke who are at a distance.

An orc with a shabby crown on his head serves as a lord and escapes his long tongue.

It’s a battle between monsters.

You could say that we, humans, have nothing to do with it.

“Delicious! …… No, that’s not the time for it, Charlotte! They’re going to round up all the orcs! We need to have a sense of urgency and tension!”

“What! No, it’s not! I’m nervous! Very much so! Because if we can get that big Lizard, we can eat our fill, Master Slow!”

Charlotte stares at the Attack Lizard and blurts out with a straight face.

It seems that in her eyes, even B-class monsters can be seen as foodstuffs.

Oh crap, I’m glad I found a new side of Charlotte. I really like you.

It’s a good thing I’m not the only one because I’m not going to let that stop me from falling in love with you, even if you become a succubus.

Hearing Charlotte’s voice, I ran out of the grass towards the group of orcs that were being attacked by the Attack Lizard.

Clutching a shabby wand in my right hand that I picked up in the meadow.

Dash!!! The dash I used heavily to lose weight at Krush Magical Academy!

I run with a thumping gait.

“The real orcs are madly in love with you!”

And the group of orcs looked funny if you looked close enough.

They were wearing different colored hats, collars, and colored patterns on their faces for some reason.

Maybe there was a virtual tournament of monsters nearby.

“Everyone is running away! Hmm? You can’t be in here! Huh? Why would you want from a clothed orc?”

I stood next to the crowned orc that was fighting the Lizard, standing next to it and holding up my staff.

With its body covered in wounds, the crowned orc was evenly matched with the attacking Lizard, which was many times larger than itself.

For an orc, it was moving quite well and attacking boldly.

It isn’t very clear, but it’s my voice.

It’s not an exaggeration to say that whether my first level Orcish language is understandable to Orcs, or whether I can become a real Orc, depends on this moment.

The only thing that matters is whether or not you are a real orc. Stray Orcs. Thank you! But I’m backing away from the danger. This is a powerful monster. A single swallow of a mere orc is not enough for me!

A big lizard! Could you wait a minute before you attack me?

The Attack Lizard suddenly appears, staring at me with interest.

But that doesn’t matter!

But look at my Orcish.

It’s a perfect connection to the crown orc!

“With great confidence. Then let’s see how strong you are. That big Lizard is a dungeon monster. There’s no use arguing with each other, so just keep that in mind. We have no choice but to fight.”

You came out of the dungeon.

I don’t have that much knowledge about monsters either, so I’ll quietly follow what the crown orc says.

It seems to be the leader of a gang of Orcs, and I don’t want them to be suspicious of me!

The Attack Lizard seemed to be wondering whether to eat me or the crown orc.

Alright, how shall I cook it?

Before I jump out of the grass, that monster can probably eat me! Get him, Master Slow! What a boisterous order Charlotte told me about, and I’d like to catch him as unharmed as possible.

A small wind tornado sends the Attack Lizard soaring into the sky.

Although it’s easy to do, the Attack Lizard is a monster designated as a B-class. Normally, it would take several adventurers who are considered veterans to take on these monsters.

He spun his eyes around and seemed to be losing consciousness.

Exposing the big figure defenselessly, it’s just a lizard if this happens.

Beside me, the crown orc is looking at me, and the knocked down attack Lizard in turn while stunned.

Aaaaah, could this be too much?

I just wanted to meet the real Mr. Orc and show him how cool he is.

“-Suuuper awesome! I’ve never seen an orc that can use magic before.”

Before you know it, the orcs that were out of sight are coming out of the straw!

Unusually frisky for an orc. And there’s that vaguely historical warrior feel to it, too. What’s your name, Buhi?

In a desperate measure, I couldn’t resist muttering the name Slob!

The stove! That’s handy in the winter, you idiot!

As I writhed and writhed, pulling and shaking, my eyes met with Charlotte, who was watching us from the grass.

Her mouth is moving slowly.

The crown orc was still banging me on my back.