Support
Random Novel
The Tutorial Is Too Hard 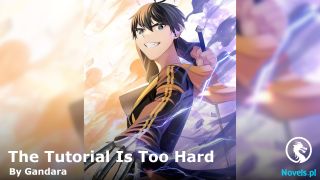 An hour after, Moonsong led his tribe into the city. There was no report from them, but there was no commotion either, meaning the rebel army had not found out about the infiltration. There would be a big commotion if the rebel army discovered them, which would signal the upcoming battle.

Alton crossed his hands on his chest, standing on the captured wall with Vice Marshal Allan next to him. He waited for the signal from the infiltration team when they could enter the city.

”Do you think we will fight the rebel army tonight, Marshal?” Allan watched the city. He could still see the patrol teams in the outer city from his vision. These patrol teams moved in a certain pattern and did not cross with the other patrol teams. That was a signal that the infiltration was still unnoticed.

”There’s a ninety percent chance that the Moon Tribe will crush the rebel army in their sleep. We are here for the ten percent,” Alton looked down.

The Tarriors were in line in front of the inner wall. They were in a formation, and the elves occupied the high ground. If the fight broke out, they were ready to slaughter what came for them.

”Isn’t it better for us to enter the city directly and increase the ninety percent into a hundred percent?”

”Supreme General Zhang Mengyao is being cautious, which is good. At least much better than being overconfident,” Alton shared his thought, “It’s understandable because she has not fully trusted us yet. She has not seen how strong we are. So, it’s more like we are the problem, not her.”

”But if it’s His Majesty, he will strike to the core directly.”

Zhang Mengyao was on the other side of Polaron City with Virion and Revalor. They were strong enough to prevent the rebel army from escaping.

Allan fell silent for a moment after hearing the response. He thought about it and realized that His Majesty indeed never trusted them unless they had complete information. His Majesty sent him to lead an army against the Warmir Kingdom. At that time, they recognized that there was no individual as strong as Allan, and the Lionax Kingdom’s army was also much stronger along with the beast army from the Gigante Forest. Aside from the war against the Warmir Kingdom, His Majesty led the war by himself, watching over them even though he did not join the fight.

”That hurt my pride a little bit, but I can’t refute that,” Vice Marshal Allan let out a sigh.

”Why would it hurt your pride? As I said, you just need to prove your worth to the Supreme General or His Majesty himself. If we earn their trust, they will put more responsibilities on our shoulders,” Alton shook his head at his friend’s thoughts.

It was the same for him when he was a young orphan, and Queen Rosalie picked them up. He trained under the kingdom and proved his worth to be the commander of the kingdom until Queen Rosalie chose him to be directly under her. He just needed to repeat the process, but this time he needed to earn the Emperor’s trust.

Another hour passed. Alton and Allan did not move from their spot as they kept watching over the city. They still saw the patrol in the outer city, meaning the rebel army still had not noticed the infiltration team.

”I think Moonsong will take all the credits this time,” Alton muttered while stretching his hands.

Two hours passed since Moonsong led the Moon Tribe into the city, yet there was no sign that the Rebel Army noticed the city was infiltrated. The Rebel Army did not know that the beastmen were killing the sleeping soldiers. That was shown with the patrol team at the outer city that was around a few hundred meters away from the city wall. The patrol teams were still in their positions, doing their usual task.

”Maybe we have captured the city already if we move together. With our number, there’s no way the rebel army can defend against our surprise attack,” Alton’s direct subordinate, who held the Legion Commander rank, spoke up.

”Maybe,” Alton nodded his head, “And maybe we will lose our people too, and maybe we will burn the city as we fight too. There are a lot of maybes,” He shrugged and looked at his subordinate, “I know you want to be recognized, but we have a lot of opportunities in the future. We are still on the second floor of the Dimensional Tower. There are still the third, fourth, sixth floor, and even more floors.”

Marshal Alton shook his head, “I know you are all dissatisfied because someone weaker than you, is making the command and order. I have heard it all.” He massaged his forehead. The old man had heard the murmur of dissatisfaction from his own soldiers. “I plan to talk it out later after we finish the second floor, but it must be said now.”

Marshal Alton glanced at the Legion Commander, “Also, how do you know that Supreme General Zhang Mengyao is weaker? How do you all know that she is weaker?”

The Legion Commander did not answer that remark, but the face told Alton that was the case.

”Have any of you fought her before? Is it just because her rank is lower than you guys?” Again, the old man took the silence as a yes.

”If you think the rank is everything, then you all are wrong. His Majesty defeated me when he was still Epic Rank,” The old man let out a sigh, “I plan to hide His Majesty’s power lest any foolish soldiers of mine will leak it, but I will say it now. Yes, Emperor Tang Shaoyang defeated me while he was still in Epic Rank, so if you think that a rank decides who is weaker and stronger, then you are wrong!”

Hearing that, Vice Marshal Allan immediately glanced toward his old friend. He had heard that His Majesty was still Epic Rank. That time, he thought his old friend was trying to hide His Majesty’s real rank from him and the others. He did not think it was real until he heard it again now.

”So, shut the f*ck up before you all create a problem for me,” The old man let out another sigh.

Allan maintained his silence while keeping a watch on the city. He did not say anything, pretending that he was not one of the people that was dissatisfied with Zhang Mengyao as the Supreme General. The awkward atmosphere remained because it was rare for Alton to burst out like that. The old man was known for his patience, so it was a rare moment for him to be angry like this.

”Ah, it seems the fight is over,” Allan broke the silence as he noticed the Moonlight Rabbit took down the patrol team in the outer city. Four patrol teams were taken down simultaneously by the Moon Tribe. That was a significant signal for them who were in the outer wall, a signal that the Moon Tribe had taken over the city.

Deep inside, Allan was also relieved by this. He could escape from the awkward atmosphere around his old friend.

Unfortunately for Allan, Marshal Alton did not want to let this matter slide easily. The experienced Commander was well aware that this small issue could become a disaster for the army if he did not resolve the issue immediately. He was also well aware that friction was bound to happen when two different armies merged, but he did not expect it to happen this soon. They had not even properly settled down on Earth.

”Once we capture the city, I want to gather everyone. I have to resolve this issue before things get bigger,” Marshal Alton glanced at the Legion Commander, “Tell this to everyone. I will tell you the place… No, we will gather outside the city,” The old man pointed at the dark forest outside the city with his thumb.

”Yes, Sir.” The Legion Commander replied and bowed. After that, the Legion Commander did not stay and immediately came down off the wall. He was smart enough not to stay around his annoyed commander, leaving Allan alone with Marshal Alton.

Not long after the Legion Commander left the wall, Moonsong returned to the wall. He was alone and immediately approached Marshal Alton, “We have cleared the Rebel Army, but we are not sure if we have taken down everyone yet. We need your assistance to double-check if we have killed all the Rebel Army or not. If possible, do it secretly without the citizens noticing our presence. We don’t want chaos in the middle of the night, are we?”