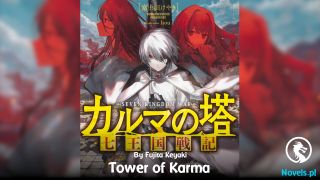 After expressing his anger, Drakengard opened his mouth. The brown-colored

re gathered in his mouth; he was ready to shoot it at Revalor. Revalor's mouth

twitched after being called tree man. Even though Elder Drake was about to

shoot the drake re, he was still calm and collected, "Your enemy is not me,

At this time, Lu An came out from the crashed hole, "That's kinda unexpected

and hurt," He muttered as he looked toward the massive Drakengard. Upon

noticing that Elder Drake was about to attack his team, he disappeared into the

shadow and appeared again below the massive drake.

Using Drakengard's shadow, Lu An formed a giant shadow st. He then

manipulated the shadow st to execute an uppercut right on Drakengard's jaw.

Even though Elder Drake noticed the incoming attack, he could not do anything

about it because he was in the middle of charging his re.

The shadow st landed on the jaw and produced a satisfying noise.

Drakengard's mouth was forcefully shut by the punch, causing the re to

explode inside his mouth. At the same time, the punch sent Elder Drake into the

air. At the same time, a pained groan came out from Elder Drake. However,

Drakengard would not let Lu An punch him without being unpunished.

came out from the ground below Lu An, hitting him right on the chest and

sending him ying backward. Even though the earth spike hit Lu An in the

chest, it was blocked by the armor. He crashed to the ground once more, and

this was more hurt than before.

Lu An came out from the dust and rubbed his chest, "This hurt more than

before," he muttered while searching for Elder Drake, "But this is worth

ipping upside down such a massive creature." He grinned despite the acute

pain in his chest.

"Do you need my healing, Lu An?" Helia shouted from afar, but Lu An waved

his hand to The Light Bombyx Mori, "Just stay close to Revalor. I will take care

of this drake by myself!"

"HUMAN! YOU PUNY HUMAN DARES TO HURT THIS KING!" Drakengard's

furious roar once more rang in the air. Elder Drake was back on his feet as the

ground shook along with his anger. Controlling the ground, he created more

spikes, surrounding Lu An with the spikes. However, that would not work the

second time. By the time the spikes poked toward Lu An, he had disappeared

The shadow ashed toward the massive beast. By the time he arrived below

Drakengard, Lu An had activated his Bloodline Transformation. His whole body

shadow. Elder Drake recognized that as a threat, and he immediately tried to

jump away from the shadow. However, his eort was futile because Lu An was

just faster than him. By the time he landed on another spot, Lu An and his

shadow were already there.

"What about this then!" Drakengard jumped into the air as he grew his feet

larger with his Earth Elemental Power. He intended to crush the ground below

him with his massive weight and feet by enlarging it with the earth.

many cracks. However, despite the powerful stomp, the shadow was still there.

Elder Drake's attempt to force Lu An out of the shadow was futile. Instead, Lu

shadows turned into a gigantic st, bigger than the Elder Drake itself.

The gigantic st hit Drakengard right on the lower belly, sending him ying

again. That was hurt for sure because the pained roar came out from the Elder

Drake. Lu An did not stop there as he kept punching Elder Drake after it fell

down. The ground vibrated from the impact of the series of the gigantic shadow

st. Despite his attempt to kill Elder Drake, the shadow st did not really injure

Lu An noticed his attempt to kill the King of the rst oor was futile, so he

changed the shadow form into a blade. The gigantic blade repeatedly blew the

massive drake, but it barely injured it, let alone killed it. At this moment, he

Drakengard, and Drakengard could not hurt him either.

"Revalor is still stronger than me, huh!?" Lu An talked to himself as he looked

at the wound on Drakengard's face. The wound was inicted by one shot from

Revalor. Here, he repeatedly attacked Elder Drake, but he could not break Elder

Drake's defense. "I have to use that."

Lu An stopped attacking Elder Drake as the latter started to gain his footing,

"What now, Puny Human? Do you realize that your attack is futile against my

shell? I can't hit you, and you can't break my defense too! Do you feel despair

now? Do you regret angering me, Human? My defense will never be broken

You, humans, do not have that much mana to maintain it. By the time you run

out of mana, it will be the time you will die!"

Lu An came out from the shadow and looked up to the massive beast, "You

talked so much for the supposed dignied King. I can't kill you!? What a joke.

"Huh!? What happened?" Drakengard's confusing voice rang in the air. As soon

as Lu An nished his words, his vision blackened. He could not see a single

pitch-darkness. What was weirder, he could not hear anything either. The

annoying wind that buzzed his ears was gone; it was as if he was in a dierent

space, not in his territory. "Where am I?" This was the rst time Elder Drake

encountered such a situation. He panicked a little bit.

"Welcome to the Shadow Realm!" Then Drakengard heard the familiar voice of

the Human who tried to kill him. He quickly realized he was inside that Puny